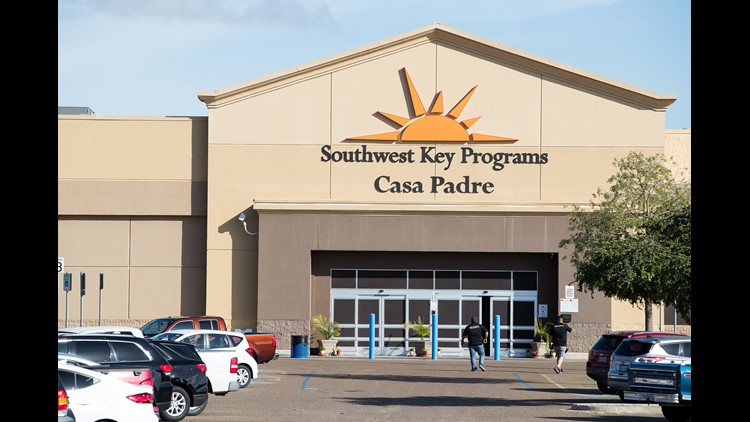 The federal government's fight against illegal immigration has led to booming business for a non-profit housing program that cares for migrant children separated from their parents.

Southwest Key Programs was paid at least $458 million in fiscal 2018 to house unaccompanied children, as President Donald Trump's administration has enforced its "zero-tolerance" policy of prosecuting all who cross the border illegally.

President Trump on Wednesday signed an executive order calling for an end to his policy of separating children from families caught illegally crossing the border. About 2,000 children have been separated from their parents over two months, and some have been brought to Arizona.

Southwest Key, which issued a statement Wednesday denouncing family separations, houses about 1,600 kids at 26 shelters in Arizona, California and Texas.

Eight of its Arizona shelters house migrant children, primarily from Guatemala, according to the non-profit.

The average stay at Southwest Key's shelters has risen from 42 days to 52 days under Trump's "zero-tolerance" immigration policy, an organization spokesman said.

Children at the shelters receive six hours of education a day, with playtime and counseling.

Government records show the current federal payout to Southwest Key is more than double what it was in fiscal year 2016, the last year of President Barack Obama's administration.

Its publicly available tax-return forms show its total income was $96 million in fiscal 2013. By fiscal 2016, revenues had grown to $242 million. Now, the government is paying the organization $458 million.

Southwest Key is in the last year of a three-year contract worth $990 million. However, the amount increases if there is a greater need to house immigrant children.

"We are taking innovative steps to become self-sufficient by operating a growing portfolio of social enterprises — businesses which serve a double bottom line: to create good jobs for low-income residents while bringing in funds to support our non-profit mission," its website said.

As Southwest Key's revenue has grown, so has compensation for Chief Executive Juan Sanchez.

Sanchez's compensation has nearly doubled since 2016, according to the organization.

"Southwest Key has been operational for 30 years and has many lean years during its long tenure of serving unaccompanied immigrant minors," the organization said in a statement. "The board has made a concerted effort to continuously evaluate the financials of the organization and align salary appropriately."

MORE: He worked inside a shelter for immigrant children. What he saw made him quit

Southwest Key said Sanchez's compensation falls in the mid-range for non-profits of its size.

The Economic Research Institute, a California-based organization that tracks compensation, found most non-profits with chief executives making more than $1 million are health-care organizations or private colleges and universities, not social service providers.

"What kind of non-profit is this?" she said. "The bottom line, of course, is we are commodifying human beings. In this case, it's children."

Isaacs said she doesn't blame Southwest Key for doubling its income off the federal government's housing of immigrant children. She said if Southwest Key didn't do it, another government contractor would.

"The problem here is the U.S. government's policy, and it's creating a business opportunity. Someone is going to fill that gap," Isaacs said. "Everyone is looking to cash in on this."