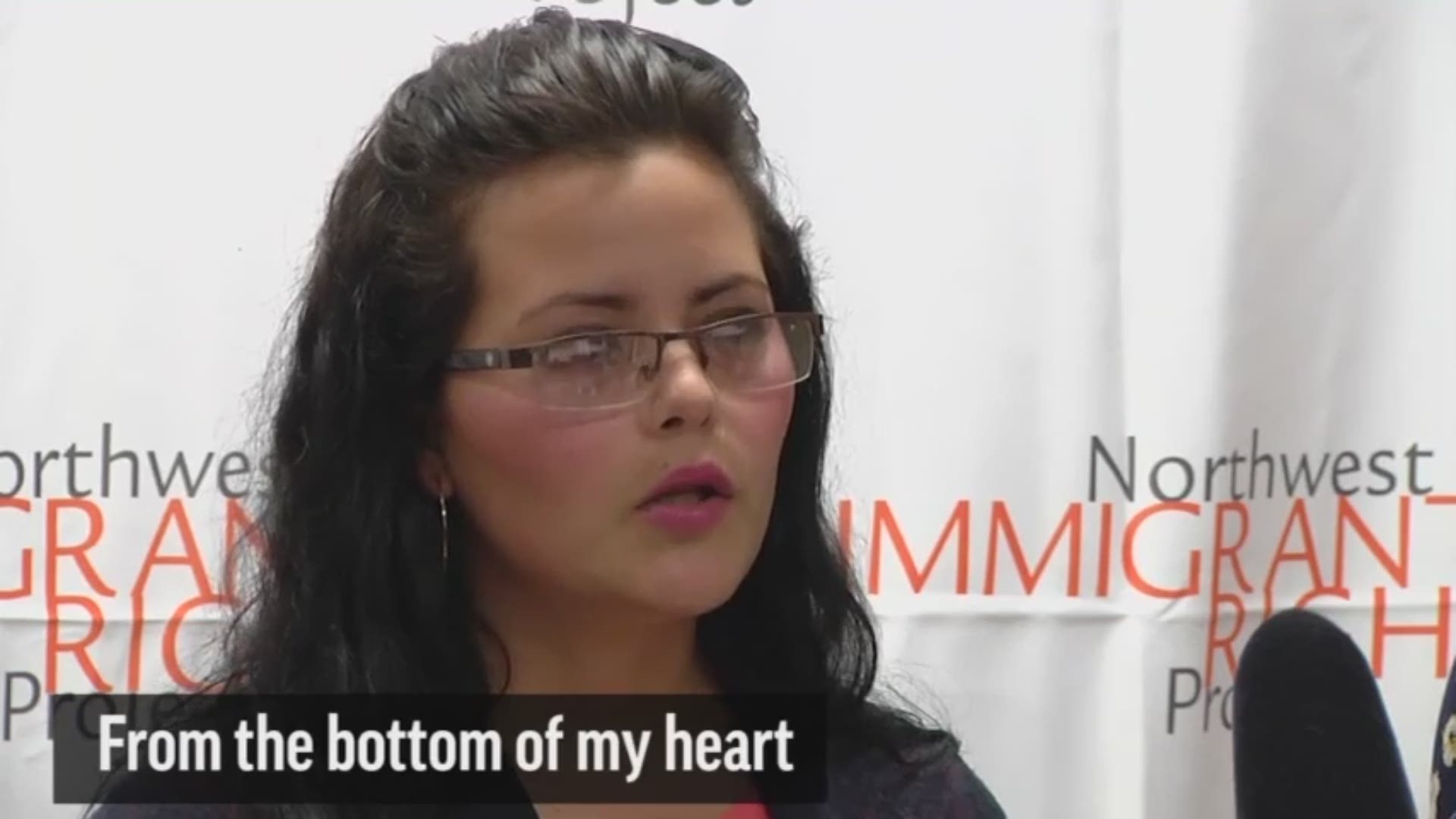 Credit: Eric Seals, Detroit Free Press-USA TODAY NETWORK
Ever Reyes Mejia's 3-year-old son smiles at him while being buckled into a car seat. The two Hondurans were reunited Tuesday, July 11, 2018, in Grand Rapids, Mich., after being separated for three months.

Lawyers leading a lawsuit that has forced the Trump administration to reunite nearly 3,000 children separated from their parents asked a judge on Thursday to require the federal government to create a fund to pay for mental health counseling that the children will likely need.

In a court filing, ACLU attorneys argued that several federal agencies failed to meet a Tuesday deadline set by U.S. District Judge Dana Sabraw to reunite the first group of children, those under age 5. The administration said it reunited 57 children with their parents by 7 a.m. on Thursday, which the ACLU deemed a clear violation of Sabraw's order.

Lead attorney Lee Gelernt wrote that ACLU has been unable to verify the government's claim that it reunited the 57 children, and said the government did not alert the ACLU about the release of each person from detention, as they had agreed to in court.

That led to one case where a mother and her children, including a 6-month-old, were left stranded at a bus stop by Immigration and Customs Enforcement agents. According to the court filing, the mother called an attorney and an immigration advocacy group for help, and finally secured a bus ticket around midnight on Tuesday.

Sabraw had asked the ACLU to propose possible punishments for the Trump administration if it failed to comply. The only suggestion in Thursday's filing was for the government to establish a fund to pay for counseling for the children, "who are suffering from severe trauma as a result of their forcible separation from their parents."

The ACLU did not request a specific amount of money, but said the government should be forced to foot the bill.

Department of Justice lawyers defended the government's efforts in the same court filing, arguing that officials have successfully scrambled to meet the judge's rigid timelines.

Earlier on Thursday, officials at the Department of Health and Human Services, which is caring for all minors, and the Department of Homeland Security, which is detaining most of their parents, said any delays were due to the complicated nature of the reunification process. They said they had to conduct DNA tests on all parents and children to ensure that they were indeed related, and had to conduct background checks on parents to ensure that children weren't being handed over to criminals.

They pointed to seven cases where people claiming to be parents were found to be lying based on DNA testing. And they identified another 11 parents who were found to have a "serious criminal history," including charges or convictions of child cruelty, kidnapping and murder, making them a danger to their children.

Given that monumental task, Justice lawyers wrote that the government is in "compliance with the Court's order."

Sabraw is scheduled to hold a court hearing Friday morning in San Diego to decide whether the government did enough. If he finds the government missed his deadlines, he could hold government officials in contempt of court and has a wide variety of punishments available to him.