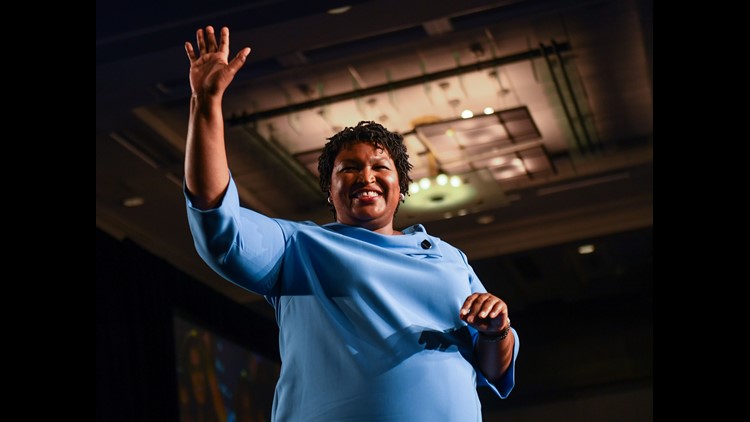 'A disgrace to democracy': Democrat Stacey Abrams being pressured to concede Georgia race

Democratic candidate Stacey Abrams was being pushed Saturday to concede in the race for Georgia's governor, a day after her Republican counterpart Brian Kemp started his transition into the new role.

It's been four days since voters cast their ballots in the race but despite Kemp claiming victory, no one has called the race for either candidate. Kemp is currently ahead by about 60,000 votes and says it is mathematically impossible for Abrams to win.

Abrams, on the other hand, claims thousands of provisional ballots remain and could put her in recount territory.

On Saturday, Kemp's campaign accused Abrams of ignoring the will of the people and "making up numbers" to keep the race alive. Kemp, who headed the state's election office, contends at most 17,495 provisional and military ballots remain, which would leave Kemp the clear winner.

"Stacey Abrams’ antics are a disgrace to democracy and completely ignore the will of the people," a statement from Kemp's campaign read. "Georgia voters have spoken. It’s time for Abrams to listen and concede immediately."

But civil right activists are urging Abrams, who could become Georgia's first black governor, to stay in the race and continue pushing for every ballot to be counted.

Activists, including the Atlanta-based Southern Christian Leadership Conference and the National Association for the Advancement of Colored People, held a rally Saturday to urge Abrams to continue her fight.

"That is a promise she made," Ben Williams, president of the Cobb County branch of the SCLC, told the Associated Press.

Erick Allen, a black Democrat newly elected to the Georgia House, told the AP allegations of voter suppression and questions about Election Day problems could dog Kemp as governor if he eventually prevails. 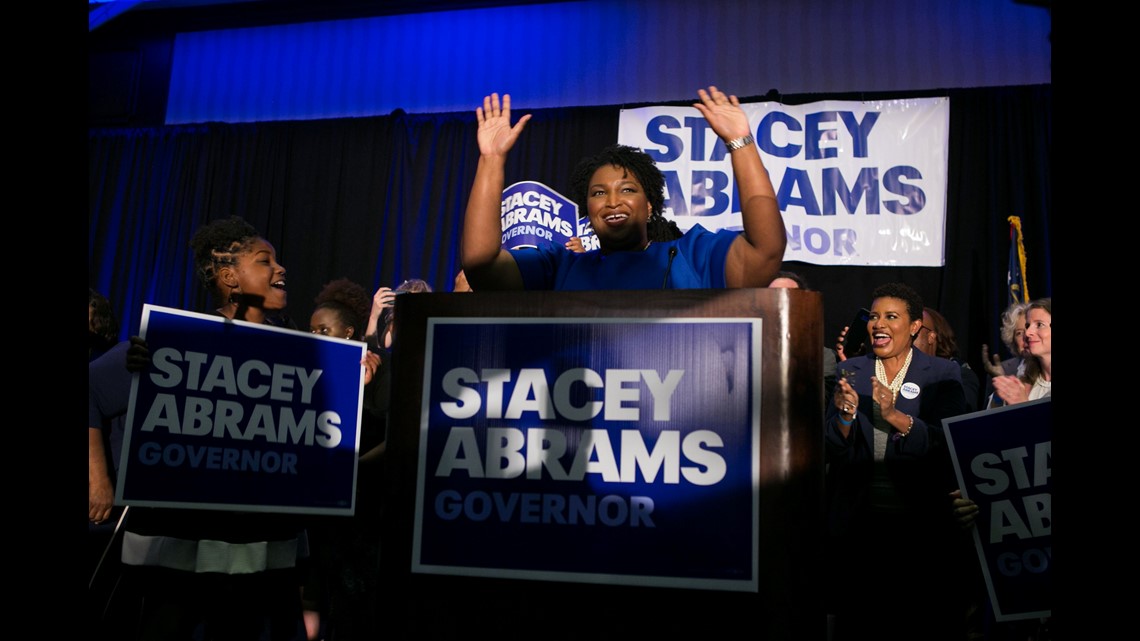 “The erosion in trust is done,” said Allen.

On Friday, President Donald Trump offered his support for Kemp in a series of tweet targeting close races in Georgia, Florida and Arizona.

Kemp "ran a great race in Georgia – he won," Trump wrote "It is time to move on!"

Kemp agreed in a response, saying "the race is over and it's time to transition," he wrote. "Enough with the political games. Let's put hardworking Georgians first!"

The Abrams campaign, meanwhile, has organized voters to share stories of problems they said they encountered when they attempted to vote at the polls or cast absentee ballots. Lauren Wroh-Gargo, campaign manager for Abrams, said thousands of Georgians reported a difficult time voting.

“Voter suppression looks a lot of different ways,” Wroh-Gargo said at a press conference in Atlanta. "It looks like database errors. It looks like negligence of duty."

The campaign also hosted provisional ballot phone banks. Volunteers called voters whom they believed cast provisional ballots and urged them to go to their county boards of elections and make sure their vote was counted.

Voters cast provisional ballots when their eligibility can't be determined at their polling place. Elections officials review the ballots to determine eligibility.