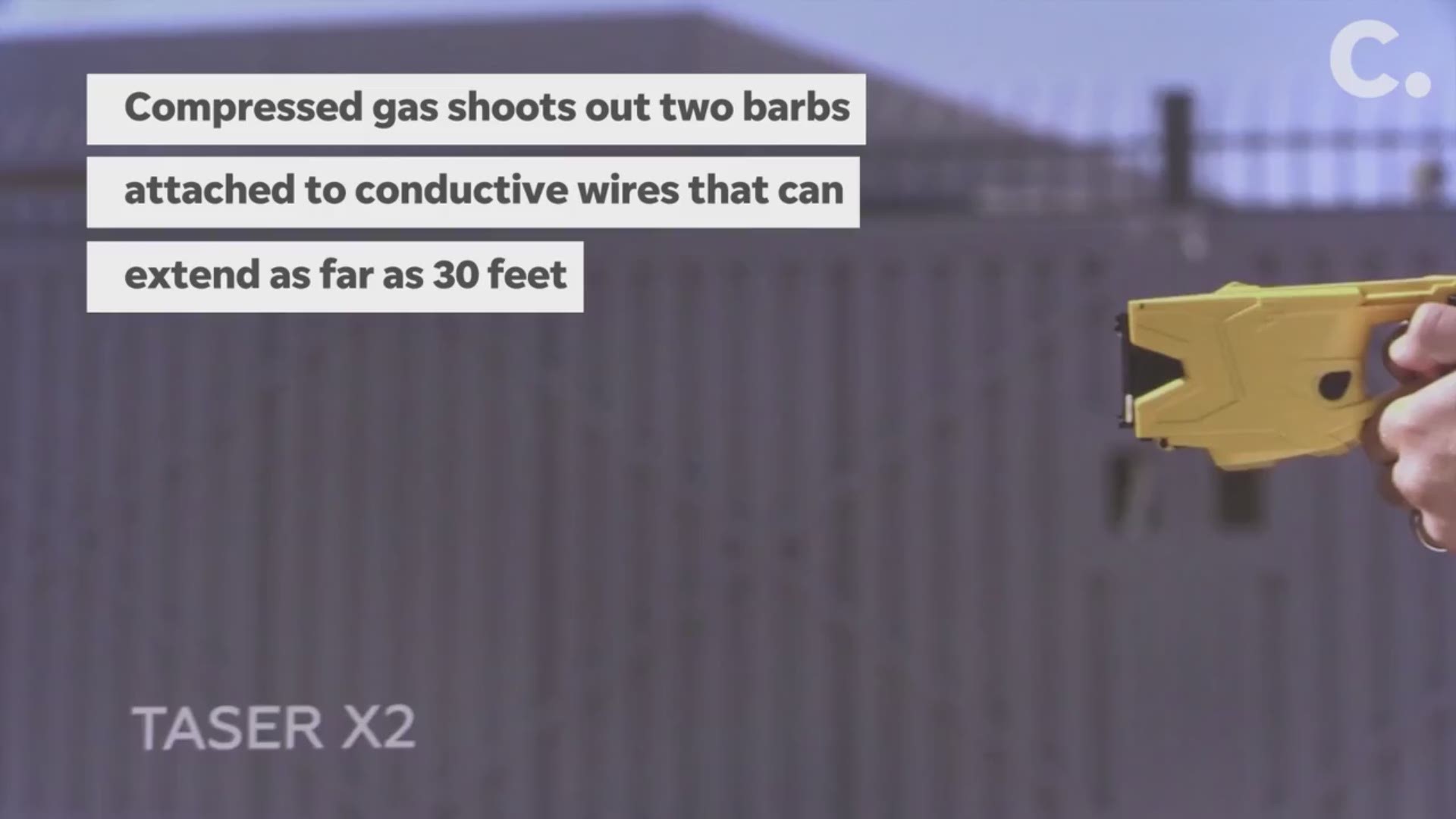 CINCINNATI — The 11-year-girl who was struck by a Taser deployed by a Cincinnati police officer at a Kroger on Monday will not face charges.

The girl was arrested at a Kroger store in the Cincinnati neighborhood of Spring Grove Village. Officer Kevin Brown was investigating a group of girls suspected of stealing from the store when he deployed his stun gun and struck the girl in the back.

Police said Brown, 55, asked the girl to stop and she ignored him and kept walking away.

The girl had been charged with theft and obstructing official business.

“Tasing an 11-year old who posed no danger to the police is wrong," Cranley said in an emailed statement.

Opinion: A little girl was stunned with a Taser by a police officer. We demand a review of the situation.

"I’m sorry for the harm to her and her family. This evening I called and asked Prosecutor Deters to drop charges against the girl. I’m happy to report that he did and I thank him for doing so.”

Deters said Wednesday the girl would not be charged criminally, adding that he supports an investigation into why a Taser was used.

"Generally with anyone under the age of 12, we want law enforcement to discuss charges with us," said Deters. "That was not done in this case."

Credit: Via Facebook
A Facebook post by FOP President Dan Hils addressing the use of a Taser on an 11-year-old girl seen taking snacks at a Kroger store.

The girl's mother, Donna Gowdy, said her daughter was with her 9-year-old sister and a friend at the store and admitted to taking snacks from the store, but that police should have handled the situation differently. The Cincinnati Enquirer, which like USA TODAY is a member of the USA TODAY Network, is not identifying the girl.

"If you can't restrain these little kids, you need to find a different job," said Gowdy. "She should have never got tased."

Gowdy said Tuesday her daughter was still complaining of back pain and had trouble sleeping. She said police investigators went to her home Tuesday to speak with her about the incident.

"She should have never gotten tased," she said. "I don't understand why he did that."

Brown was placed on restricted duties pending an investigation into his actions.

Fraternal Order of Police President Dan Hils called the outcry over the incident a "knee-jerk reaction" in a Facebook post Wednesday night.

Aug. 8: Police use Taser on 11-year-old girl accused of stealing from supermarket

"What if the officer grabbed this suspect, she resists, they fall to the ground and she is injured? What would happen then? I can answer that; Kroger gets sued, the City gets sued and eventually Kroger's in the city goes goodbye.

"Knee-jerk reactions like this hurt everyone involved. All uses of force by CPD (Cincinnati Police Department) are investigated. Allow this to be investigated," he said.