Nathaniel Kibby will serve up to 90 years for kidnapping, raping NH teen

"I enjoy and appreciate life because of you. Thank you for giving me my freedom back," said the victim after the judge accepted the terms of Nathaniel Kibby's plea deal. 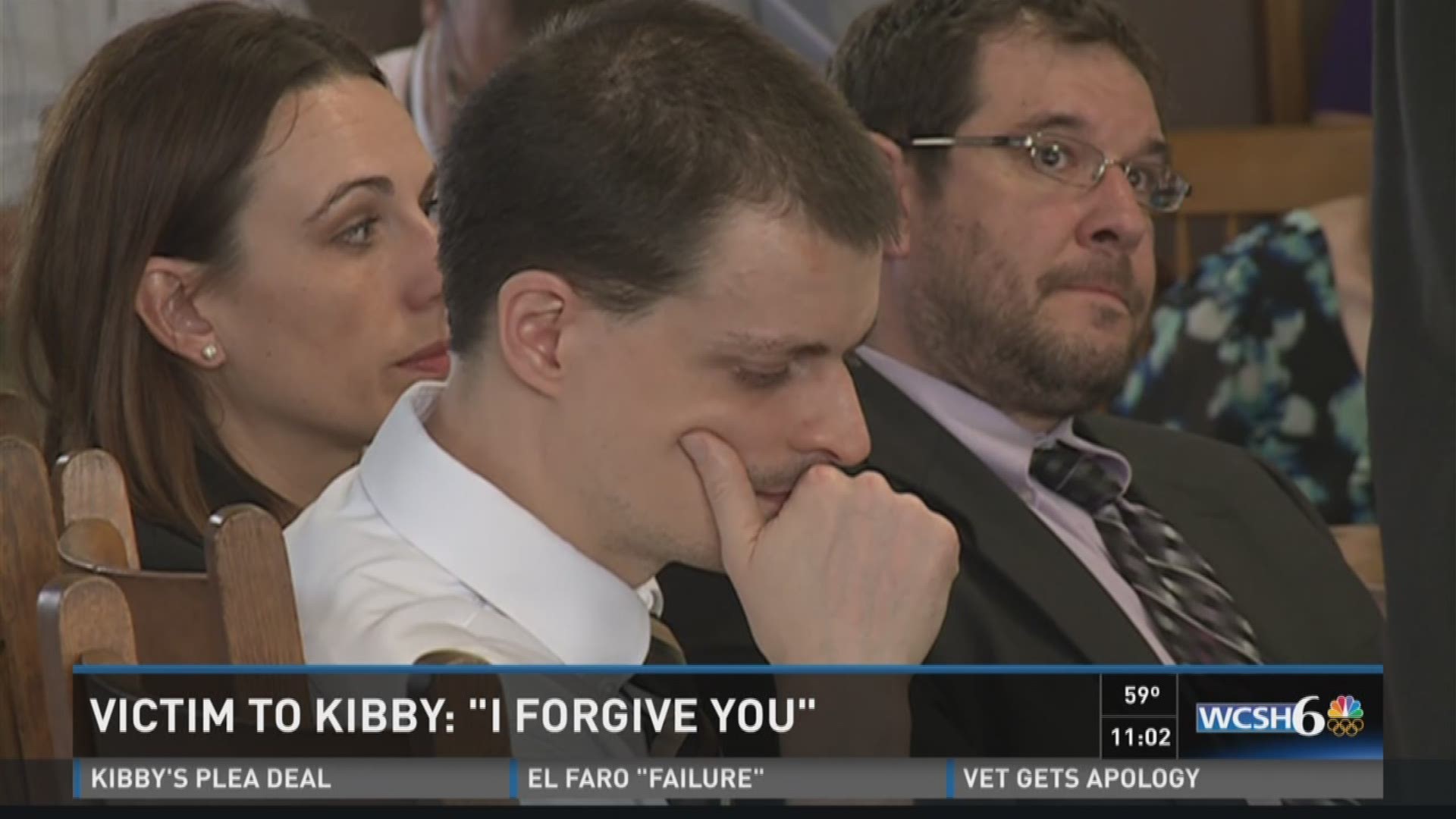 The plea agreement states that Kibby will serve 45-90 consecutive years in prison. The accused agreed to the terms on Thursday in a Belknap County Courtroom.

Police say Kibby kidnapped the 14-year-old girl while she was walking home from school in October of 2013. She returned to her home nine months later, after being held captive in a shipping container behind Kibby's house. Officials described the room as a "house of horrors." Kibby was arrested less than a week later at his home in Gorham, New Hampshire.

The victim addressed the courtroom after the judge accepted Kibby's plea. She told the court that she often thinks about Kibby and sees him as a human, not a monster.

She said, "I enjoy and appreciate life because of you. Thank you for giving me my freedom back."

She told the courtroom that she is afraid to tell people her last name. NEWS CENTER decided to not publish the victim's name in this report, and in previous reports, to protect her privacy.

The victim's mother also shared a powerful message with the court. She addressed Kibby, telling him that she wants an explanation for what he did.

"I never thought I would see my daughter alive again," said the victim's mother. "I thank you for not killing my daughter. But I shouldn't have to."

Kibby responded to the mother's plea. He said he would one day explain his actions, but did not want to do so with media present.

The judge presiding over the case said he believed the sentencing of 45-90 years in prison was on the "lenient" side. He made a point to say that none of the blame for the crimes lies with the victim; he said Kibby alone is responsible.

The judge said the teenage girl is not the only victim in this case. Her family are also victims of her kidnapping and assault.

"What you did is every parent's nightmare," said the judge.

During the hearing on Thursday, the prosecution shared some details of the young woman's confinement while held hostage by Kibby. The assistant attorney general said the teenager was subject to repeated sexual assault while chained to a bed and threatened with a shock collar. The prosecution said she now bears the scars of that shock collar around her neck.

The victim told prosecutors about the scare tactics that Kibby allegedly used to keep her compliant. She said he told her the door to the room in which she was held was rigged with petroleum, and that if she tried to escape she would be burned alive. The victim also said there were cameras watching her at all hours of the day.

The state said the victim provided a detailed description of the room in which she was allegedly held captive; describing milk crates piled in a corner and the items that were held inside. When investigators inspected the scene, they said the environment matched the victim's description perfectly.

Under the terms of the plea deal, no federal charges will be brought against Kibby. He will also serve his time in a prison outside of the state of New Hampshire.