These "active feedback" signs tell drivers when they are close to or over the speed limit, and can record how fast drivers are going. 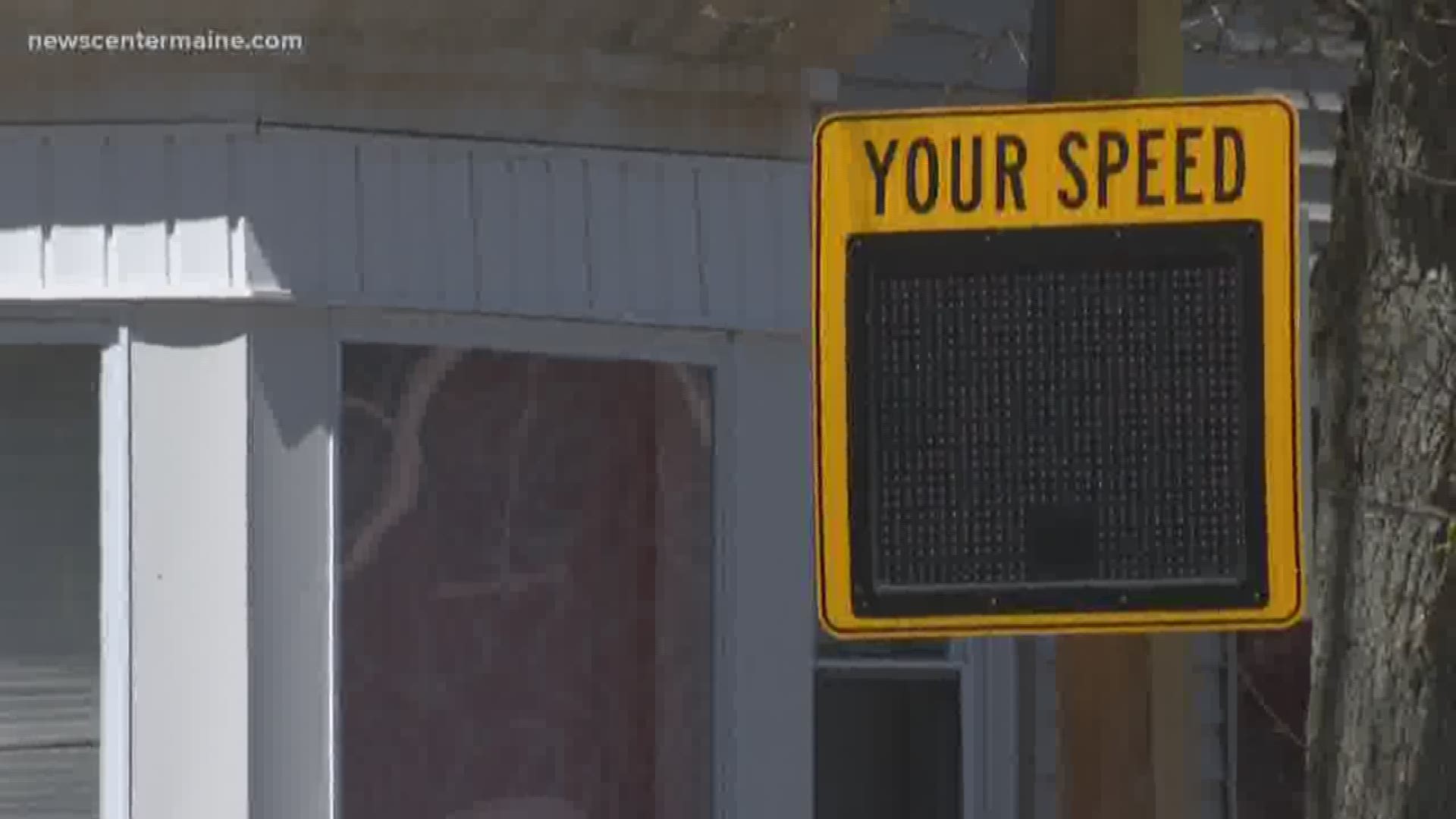 PORTLAND, Maine — Cities and towns across Maine are installing "active feedback" road signs that display drivers' speeds in an effort to get people to follow the speed limits.

Portland city staff in the transportation division installed one most recently on State Street about two weeks ago, according to Jeremiah Bartlett, the Transportation Systems Engineer for the City of Portland.

Bartlett said they have studied drivers speeds using the signs, which can record how fast drivers are going and store that data for staff to study.

He said the signs have worked, getting more drivers to go closer to the posted speed limit.

Bartlett said Public Works evaluates the data and often provides it to the police department for increased enforcement when there is an issue.

Maine DOT is in charge of speed limits in Portland, so in order to change a limit, the city must work with the DOT.

"Recently we did this on Washington Avenue near Eastern Promenade and had the speed dropped to 25 mph, the same as the rest of Washington on-peninsula," Bartlett wrote in an e-mail.

More cities are adding these "active feedback" speed signs, including towns such as Wiscasset.

Cities can get them at a discounted price because the Maine Department of Transportation buys them in bulk.

The signs are portable, allowing city staff to move them to different areas where people tend to go above the posted speed limits.

Bartlett said the city has already done a number of speed studies using data from these speed monitors.

"The more of that feedback that can happen, the better off we are," said Bartlett.

He said the city hears complaints from people that others driver too fast in areas that have a lot of foot traffic.

"Certainly if someone strikes a pedestrian at over 40 miles an hour, it's very likely to be fatal, so those are the things we're concerned about," said Bartlett.

Being hit by a car concerns parents, too, including Yarmouth mother Maria Coulter, who said drivers frequently speed along North Road near the Nan Jones Kimball Memorial Playground, where she was watching her son, Jack, play on Thursday.

"I usually see people going 40 to 45 (miles per hour) down this road and as a parent it would make me nervous especially as he gets a little bit older and I'm not right there to keep an eye on him," said Coulter.