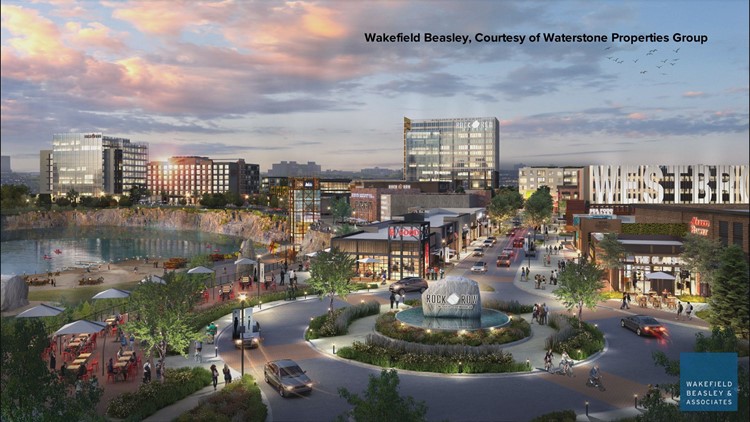 WESTBROOK, Maine — A 100-acre gravel quarry in Westbrook will soon be transformed.

"An incredibly challenging property to redevelop because it has a big 20-acre hole in the middle of it," said Jerre Bryant, Westbrook's city administrator.  "It's a really exciting re-use of a property that's right on our gateway, right on our border with the city of Portland, but was really an industrial use for decades."

Rock Row, a mixed-use urban village, is the vision of Waterstone Properties. 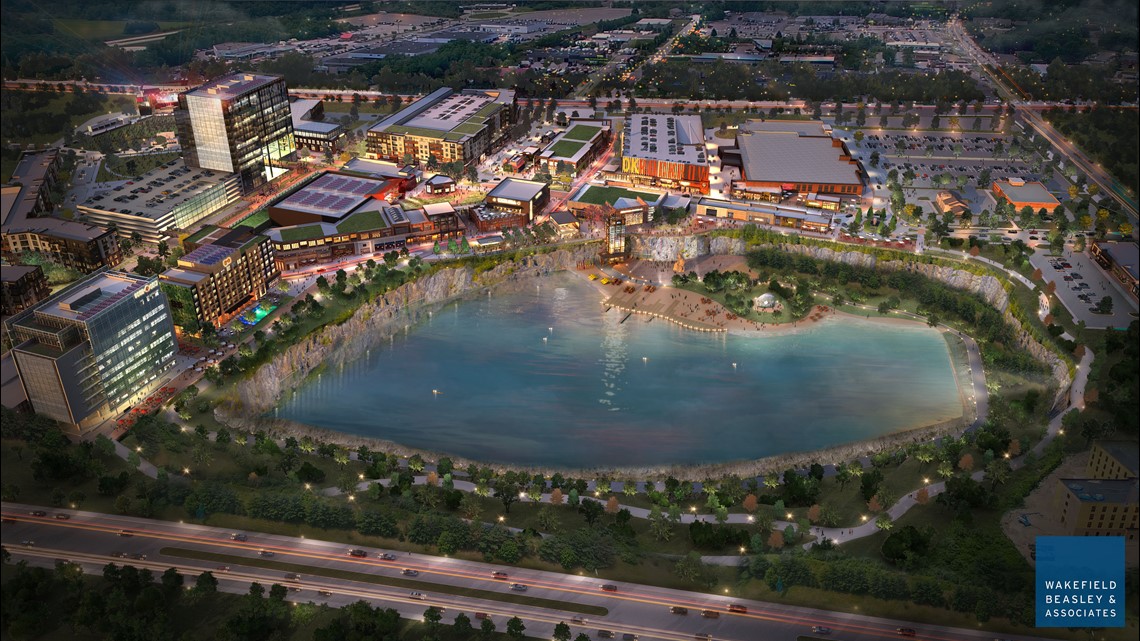 The plans call for shops, restaurants, a transportation center, and a 25-thousand square foot brewplex and food hall.

On top of all of that, condos.

"They're talking anywhere from a couple hundred up to as many as 700," said Bryant.

How much they'll cost is unclear at this time.

"It's going to be filling a fairly specific need within the overall housing demand," he said.

The retail phase is under construction now, and that includes what will be the state's second Market Basket grocery store. That's expected to be completed by the fall.

Crews are also working on a concert venue. The deadline for that, a little sooner.

The Maine Savings Bank Pavilion at Rock Row will be big enough to welcome more than 8,000 music fans. The first show is scheduled for May 26. Developers say the venue will be ready then.

As for that more than 20-acre quarry? That's there to stay.

"I think most people were looking at that site saying that's a negative," said Bryant.  "They're really embracing it and making it the whole theme of the project."