The candy store is one of several victims of a string of rural burglaries, according to the Scott County Sheriff's Office. 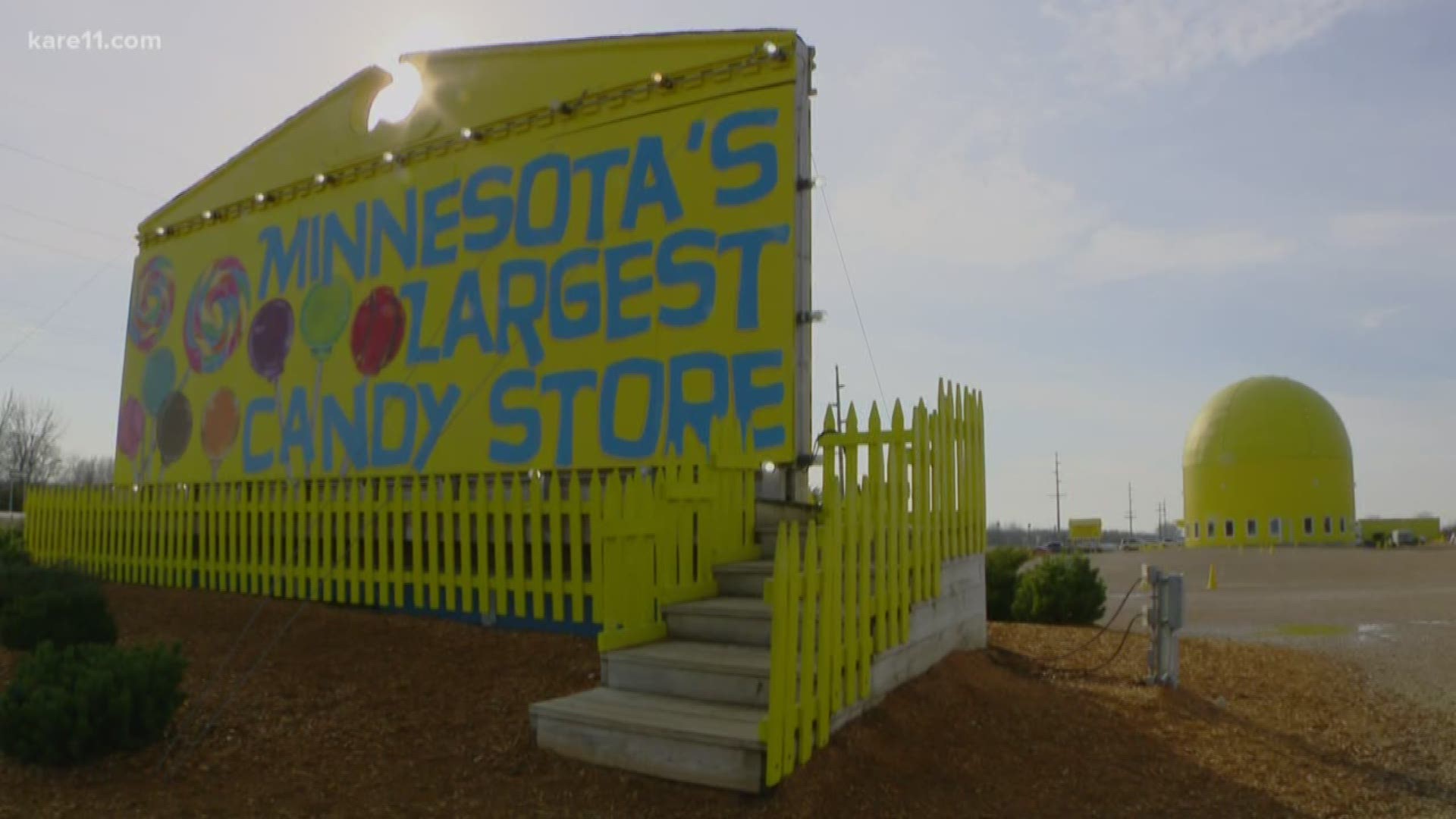 Minnesota's Largest Candy Store was one of its victims and they decided along with another business, to take matters into their own hands.

Southbound on US-169, there's a particular sweet spot that you can't miss. The bright yellow candy store makes its presence known, several feet before. Yellow billboards belonging to the store usually tell a story, leading up to the sweetest place in the state.

"You've gotta take a moment in time and read each one of the signs," Owner Robert Wagner said.

On Wednesday, the signs read:

"They hit Whoville first, then us."

"Mr. Grinch bring back the registers."

It's a Shakespearean tragedy in signs. That's until you see Wagner's way of dealing with the theft.

"It's really kind of surreal to see a tank driving around your parking lot," Wagner said, as he stood on a black dirt mound. Next to him, stood a tank, making Minnesota's sweetest place a little bit tougher.

"We had been robbed and this other gentleman who happens to own six army tanks, he was burglarized and he contacted Minnesota's Largest Candy Store and said, 'hey, you were burglarized, we haven't caught the burglars yet, I'm bringing in the army tank to help guard the candy store,'" he said.

Wagner said during the string of burglaries, his neighbor, who also was a victim warned him that he could possibly be next.

Now three of his old-school, second hand cash registers are nowhere to be found. Though with a tank sitting out front, Wagner is working to scare off future candy bandits.

"It's fully operational, the guys int he tank, in the hatch, diverting traffic so he can move around," Wagner described the scene of when the tank first arrived. "We got it in and kind of wiggled it around so it would be nicely positioned and they pointed the gun down that way, in an imaginary direction."

Maybe, Wagner will never see his cash registers ever again. However, with the tank being the talk of the town, the perpetrators may be caught.

"Now the burglars I'm sure are trembling knowing that we're waiting for them," Wagner said. "Just return the cash registers, we'll call it even, no harm no foul."

If you have any information about the burglaries, contact the Scott County Sheriff's Office.