Man accused of telling Ga. lawmaker to 'go back' where she came from denies comment

The man claimed to be Cuban and a Democrat who didn't support recent words by President Donald Trump to U.S. lawmakers in any way. 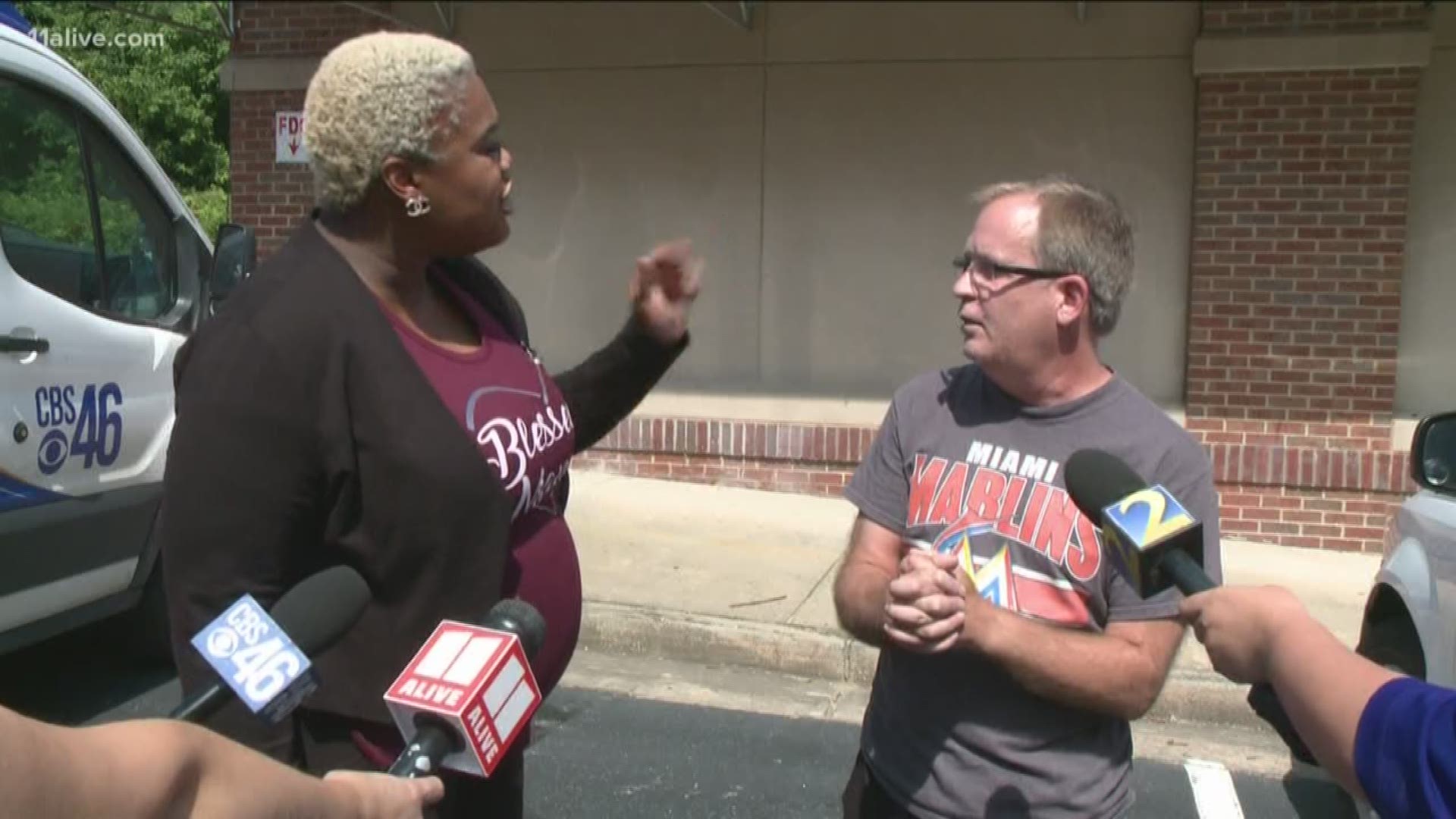 MABLETON, Ga. — A man accused of telling a Georgia state representative to go back where she came from at a Mableton grocery store said he was falsely accused of the statement - but not of the confrontation.

During a press conference in front of the Publix store where State Rep. Erica Thomas said during a Twitter video she was verbally attacked by a white man, the person in question showed up.

“Her words stating on Twitter and on video stating that I told her she needs to go back to where she came from aren’t true," he said. "I am Cuban. I am not white. I am white but I am Cuban.”

Rep. Thomas took to social media the previous day crying and describing what allegedly happened at the store. She said that she was in the 10 items or less checkout aisle with roughly 15 items when she was approached by Sparkes.

She said he began to berate her for being in the line before making the remark that has since sparked outrage on social media.

“This white man comes up to me and says, 'You lazy son of a [expletive], you need to go back where you came from'", Thomas said crying in the 12-minute video.

But Sparkes said at the press conference on Saturday that this was only partly true. He did admit to calling Rep. Thomas a b**** but denied the now infamous line that followed. He also said that he merely pointed out that she was in the 10 items or less line and didn't get into a verbal argument with her until she responded inappropriately to his remark.

In a brief confrontation in front of 11Alive cameras on Saturday, Rep. Thomas reiterated that she was in the line because she is nine months pregnant.

Sparkes said this didn't matter and that there were other lines empty when she got in it.

Over the weekend, President Donald Trump was criticized for tweeting that four Democratic freshmen should "go back" to their home countries — though all are citizens and three were born in the U.S.

Sparkes said emphatically that he doesn't support the president or his comments - and while he didn't recognize Thomas, said that he likely voted for her if he was in her district.

However, he said her Twitter statement from the previous day was made for political gain and that the allegations against him - aside from calling her a b**** word during the argument - are completely untrue.

Following his statement, Thomas said she stood by her previous statements and also said that he shouldn't have called her that in the first place.

Rep. Thomas said she filed a police report after the confrontation. Police haven't yet provided the report but confirmed they were investigating the incident.

In a statement, the grocery store chain also said they were working with police.

"At Publix, we are committed to creating a safe and welcoming shopping experience for all our customers," the statement said. "We are cooperating with local law enforcement as they look into the matter."