"He has a real God-given talent and he's using it well." 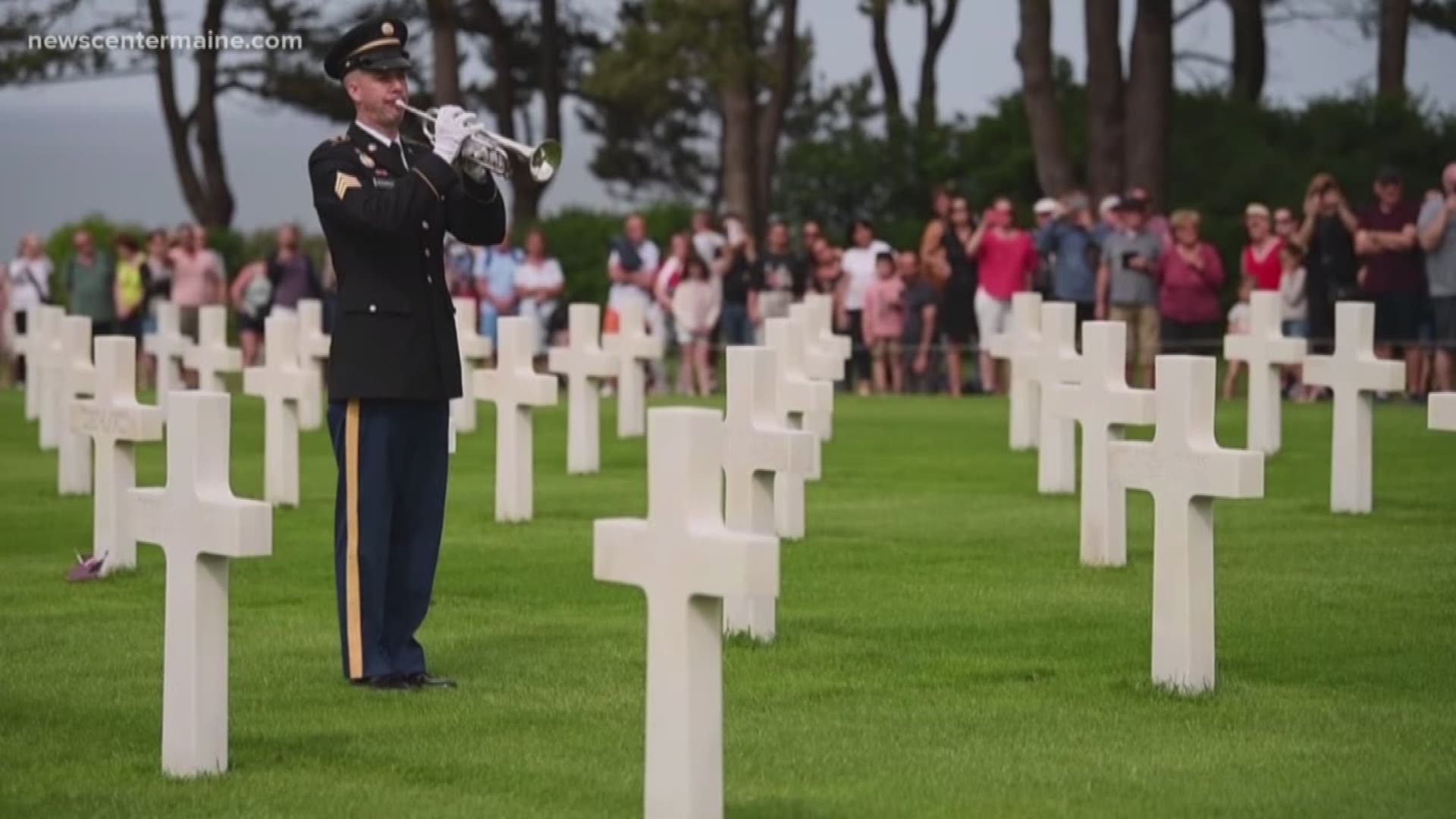 DURHAM, Maine — D-Day veterans were honored Thursday, the 75th remembrance of the invasion that marked the beginning of the end for Nazi Germany.

Nearly 160,000 Allied troops landed in Normandy on June 6, 1944, part of a successful effort to free France from German occupation. More than 4,400 Allied troops, including 2,501 Americans, died on that day.

RELATED: Sens. Collins, King are in France for D-Day anniversary

Taps is the somber song played at the funerals of first responders all over the U.S. One Mainer has a connection to Thursday's 75th anniversary D-Day ceremonies, and that song.

"He came home that day and said 'I want to play trumpet,'" said Pam Borsage.

Pam and Theo Borsage say their son Jonathan knew he wanted to play trumpet since he was in fourth grade.

"We never asked him to practice," she said. "My neighbor one time said, 'can you ask him not to play 'til after 9?'"

Their son has come a long way since then, and traveled a great distance.

"He's done this at ceremonies all over Europe," said Theo Borsage.

Jonathan Borsage plays trumpet for the U.S. Army Band Europe and is normally stationed in Germany.

On the 75th anniversary of D-Day Jonathan was in Normandy, France playing Taps at the ceremony seen across the U.S. and beyond.

His parents were able to watch on television and on Facebook.

"Very proud of him," said Pam. "He has a real God-given talent and he's using

"You can tell he's so proud to wear the uniform," said Theo. "He puts a lot of effort in and he looks so good in it."

For Jonathan's dad, this day and this honor mean a great deal because he once served our country, too.

"Looking back on it all the people who lost their lives. It's a horrible thing yet it's an inspiring thing and that's why so many people wear the uniform with pride," he said. "We're tremendously proud parents."