Customers express frustrations after Lolli & Pops, a candy store, issues delayed charges due to what the company is calling a "technical misconfiguration." 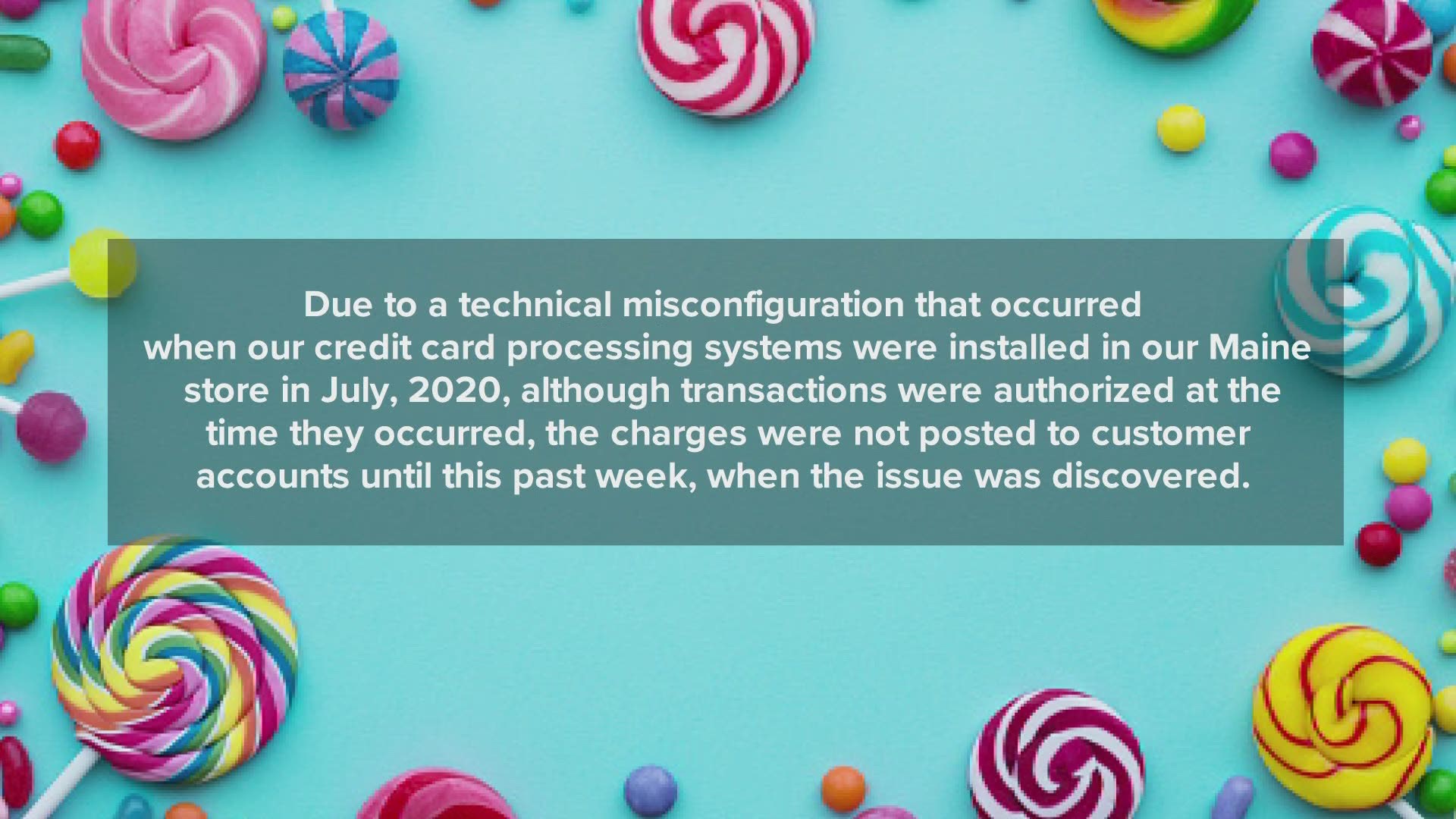 PORTLAND, Maine — A store at the Maine Mall has customers confused and concerned, after issuing what appear to be delayed charges for purchases.

NEWS CENTER Maine received several messages on Sunday, July 18, from customers who say they were charged by the Maine Mall store Lolli & Pops on July 16, for purchases they did not make in recent days.

One customer who shared a bank statement with NEWS CENTER Maine, showing a charge of $35.71 on July 16, says she has not made a purchase from the Lolli and Pops store since December. She could not show whether she was also charged back in December, but expressed concern it was a "double charge."

In a media statement from company CEO Keri Morris, she says no one was "double charged," rather, these are delayed charges that may stem as far back as last July. She says the charge delays are the result of a "technical misconfiguration."

"We are aware of the issue referenced in your question. It turns out that no customer was “double charged.” Instead, the posting of charges to their accounts was merely delayed. Due to a technical misconfiguration that occurred when our credit card processing systems were installed in our Maine store in July, 2020, although transactions were authorized at the time they occurred, the charges were not posted to customer accounts until this past week, when the issue was discovered.

I should also note that the misconfiguration during the installation of our credit card processing system was simply a human technical error. It was not the result of any unauthorized access to our systems. Every customer transaction was authorized at the time it was made; the posting of the charges to customer accounts was merely delayed."

According to a Lolli and Pops Facebook post, a similar issue happened at the store locations in Tulsa, Oklahoma, San Antonio, Texas, and Minnetonka, Minnesota.

Any customers with questions can contact hello@lolliandpops.com, although the company is warning of delayed response times.