According to the National Highway Traffic Safety Administration, distracted driving kills about nine people and injures 1,000 every day. 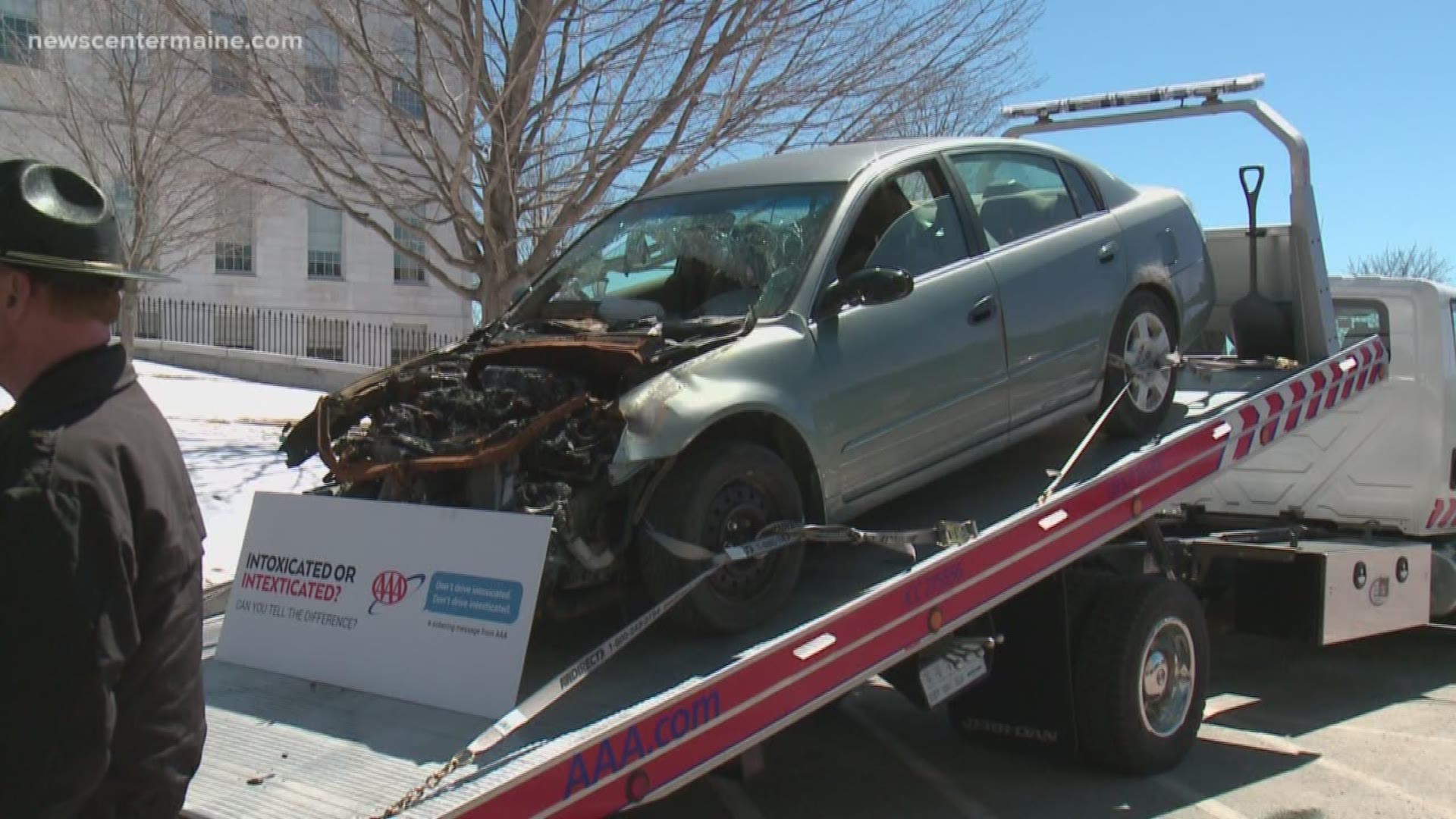 AUGUSTA, Maine — April is distracted driving awareness month, and Maine lawmakers are taking this opportunity to fight the ongoing problem.

Maine law enforcement met with AAA at the State House on Thursday, April 11 to highlight bills in the state regarding distracted driving and to ask drivers to do their part.

AAA says these numbers likely underestimate the problem, since drivers often do not admit to distracted cell phone use after a crash.

Texting while driving and other forms of distracted driving are already illegal in Maine, but police say they still happen far too often and contribute to lots of accidents.

"A split second, eyes off the road -- that's when crashes happen, and we see that day in and day out," said Maine Chiefs of Police Richard LaHaye.

LaHaye says distracted driving isn't much different than drunk driving because both lead to a lack of control and accidents.