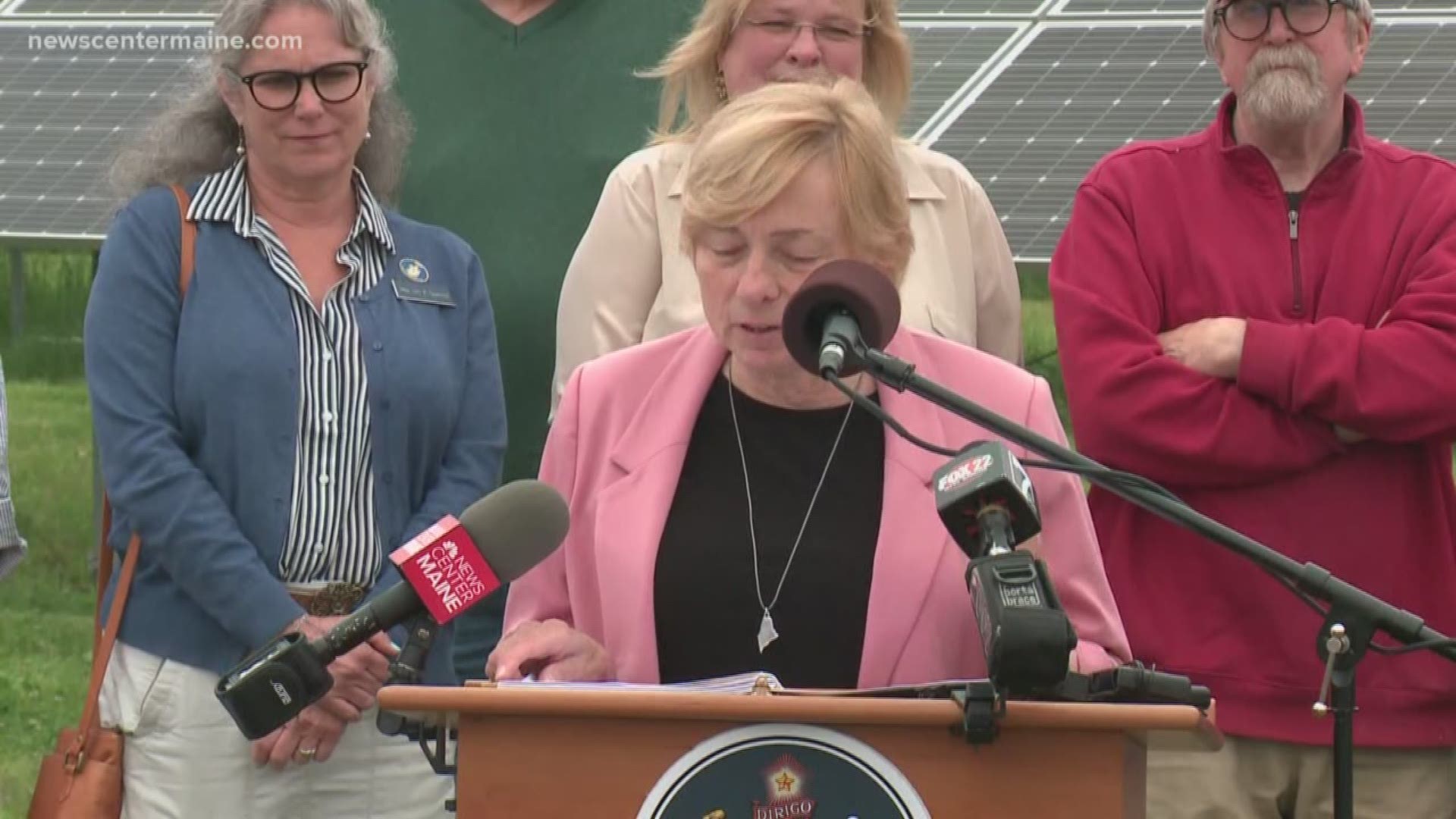 PITTSFIELD, Maine — Route 2 stretches through miles of former farmland between Newport and Canaan in central Maine. But what you notice is a whole new kind of crop -- electricity.

Just yards from the busy road is the start of Maine’s largest solar array. The Pittsfield project covers 57 acres and boasts more than 40,000 solar panels, generating electricity for the New England grid.

Gov. Janet Mills signed a law on Wednesday that she and supporters say will open the doors to more and larger grid-scale solar projects.

The bill signing ceremony was held in front of Cianbro’s solar array. The Governor says the three new laws will help Maine reduce emissions contributing to climate change, encourage more and larger community and municipal solar projects, as well as very large projects like the one in Pittsfield.

"Combatting climate change and moving Maine to a clean energy future won’t be easy," said Mills, "But we choose to take on these issues because they are hard, because they are necessary, because our future and that of our children and grandchildren depend on it."

The new laws include ambitious goals for reducing greenhouse gas emissions by 45% by 2030 and a goal to have 80% of Maine’s electricity come from renewable sources by that same year.

One of the means to achieve those goals is believed to be a major expansion of solar energy in Maine. Jeremy Payne, executive director of the Maine Renewable Energy Association, says there are multiple projects already planned by several developers.

"I suspect we will be seeing at least six, seven, eight hundred megawatts of solar. You have 10 here, so you can imagine the size of the opportunity of what’s in front of us," Payne said.

He also said one project has already started to clear land for construction in Sanford. Payne says it is planned for 50 megawatts, five times the size of the Cianbro project.