The demand is higher than ever for truck drivers. Corporations are offering competitive starting salaries to attract drivers; upwards of $80,000. That has some capitalizing on a career change. 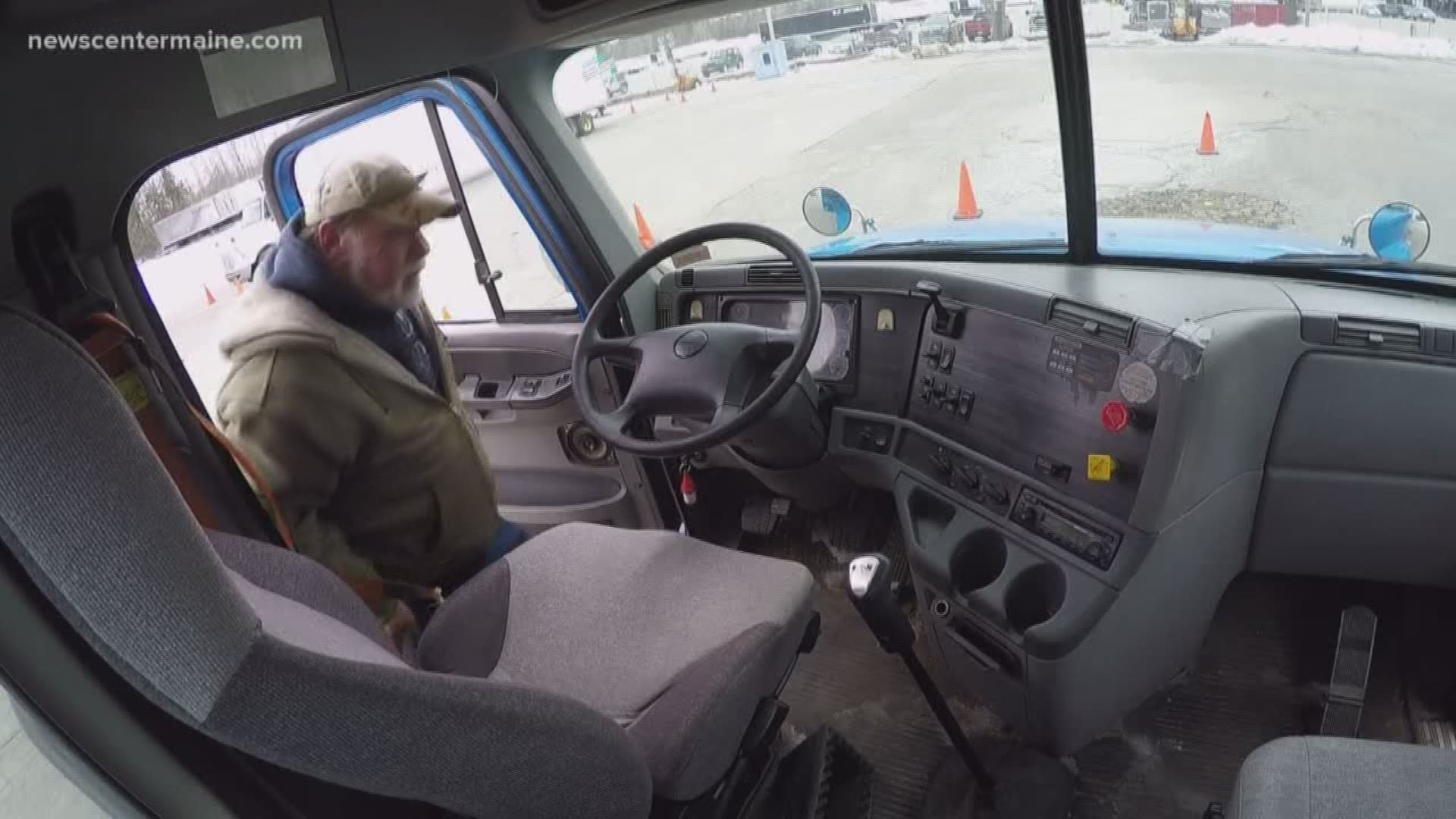 AUGUSTA, Maine — In this "shop-click-buy-deliver-two-days-later" kind of world we live in,  the demand is higher than ever for truck drivers. There's a nationwide shortage and that means shipping prices could go up, passing the cost onto you.

Corporations are so desperate for drivers that they're offering attractive incentives. Starting salaries, for example, may surprise you. And that has some capitalizing on a career change.

"I figured truck driving would be a good fit," said Rob Lowell. "It would allow me to go across country and see parts of the country that I normally wouldn't get to see, make more money, and work in a more stable environment."

Rob Lowell is swapping his life on the water for the open road, trading lobster traps for trucks.

The former fisherman is enrolled in a five-week training course to get a commercial driver's license.

"It's the first job opportunity that I've ever experienced where people are actually actively pursuing you and instead of you having to actively pursue the job," he said.

"There's a lot of demand on freight so this isn't going to end anytime soon," said Brian Parke, President and CEO of the Maine Motor Transport Association.

Maine is no exception to a nationwide shortage of truck drivers.

Overall the industry is short an estimated 80,000 drivers, and according to the American Trucking Associations, that shortage is expected to increase to 200,000 drivers 7 years from now, in part due to an aging workforce.

"This is going to be a consistent challenge," said Parke.

This week though there's new hope thanks to proposed legislation introduced to congress: the DRIVE-Safe Act, backed by Senator Angus King.

"That's going to allow younger drivers under the age of 21 to drive interstate commerce," said Parke. "Right now they can drive in intrastate commerce so they can drive anywhere from Presque Isle to Portland but if they're under 21 they can't drive let's say from Kittery to Portsmouth."

Not to mention, corporations desperate for drivers are offering decent incentives: thousands of dollars in signing bonuses, health insurance, and retirement benefits.

Starting salaries range, but take Walmart for example, drivers can earn an average of $87,500 in their first year of employment.

All that is what grabbed Rob Lowell's attention. He's switching gears and ready to hit the road.

Lowell and the other students at Northeast Technical Institute had a tough week training in windy conditions, but they're hoping for favorable weather conditions early next week when they go for their commercial driver's license tests.