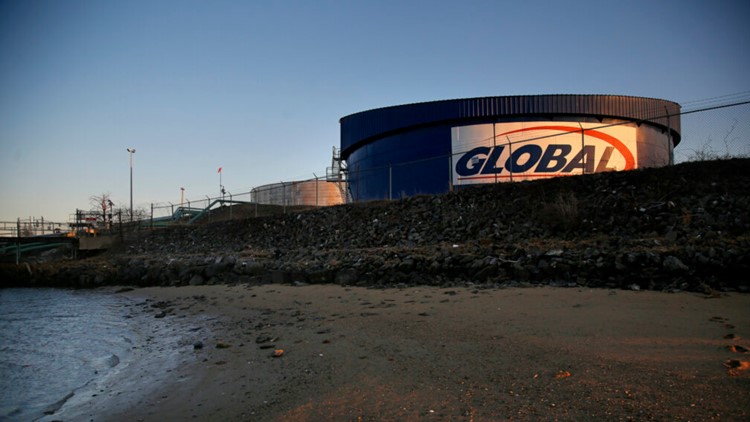 Photo by: Derek Davis/Portland Press Herald
SOUTH PORTLAND, ME - MARCH 26: Global Partners LP has agreed to pay fines and upgrade its petroleum storage facilty on the Fore River after being charged with violating the Clean Air Act for more than a decade. (Staff photo by Derek Davis/Staff Photographer)

One bill would require Maine's Department of Environmental Protection to notify municipalities of emissions violations.

The other would require that an independent, third party perform emissions testing.

The Portland Press Herald reports that the bills were introduced after South Portland officials were surprised to learn in March that a petroleum storage company there had been exceeding emissions limits for years.

The U.S. Environmental Protection agency had known since 2014.

States cannot require a federal agency to notify municipalities, but the bill applies to the Maine DEP.