"I really love that I'm able to help with something I love to do." 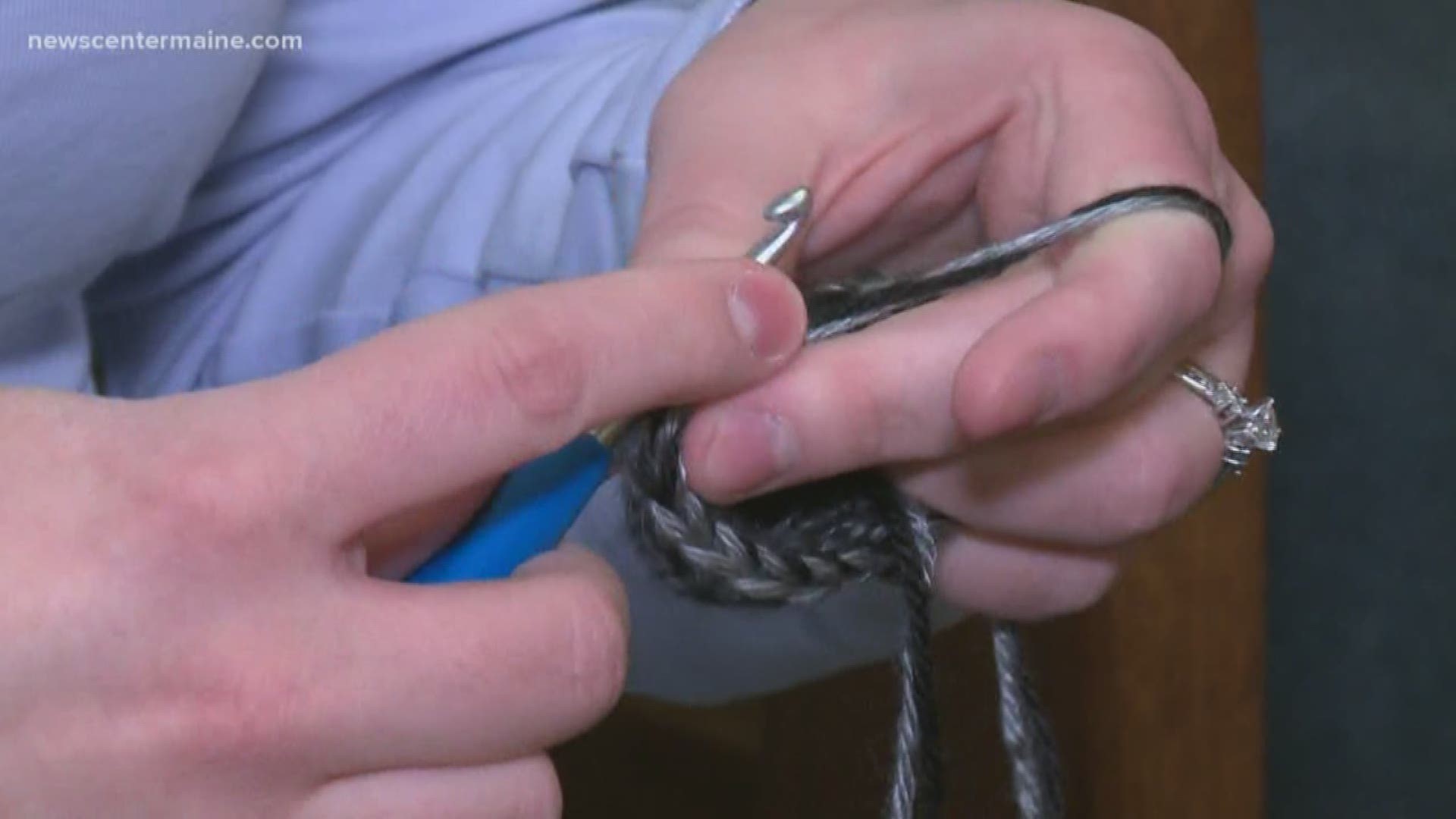 LEWISTON, Maine — Nearly half a billion animals have been killed in the fires in Australia and hundreds of millions more are injured, according to ecologists from the University of Sydney.

From more than 10,000 miles away a woman is now leading a local effort to help those birds, kangaroos, and koalas the best way she knows how.

RELATED: Nearly half a billion animals impacted by Australia wildfires

Danielle Letourneau is crocheting tiny nests for injured birds and small animals and larger pouches for young kangaroos that have lost their moms.

She saw a call for action on social media from the Animal Rescue Collective Guild which helps animal rehab centers across Australia.

Animal Rescue Collective Craft Guild
There are estimates that over 500 million animals have perished in A... ustralia's bushfires so far. With months still ahead of us and no end in sight, things are feeling pretty dire. What can you do?

The volunteer-based organization is asking for supplies for burned animals.

They offer free patterns on their website for nests, pouches, and even mittens to help animals with burned paws.

"This animal group is asking for physical goods so that's something that I can do and I may not have a lot of funds but I can do this," said Letourneau. "I have so much yarn."

Thanks to the generosity of strangers through Facebook, she doesn't have to worry about paying for shipping just yet.

"I was just so blown away by the people who wanted to help," she said. "I really love that I'm able to help with something I love to do."

Meanwhile, the Salvation Army World Service Organization has set-up a donation link for Americans who wish to give to Australian Wildfire Relief efforts. Find more information on that here.

RELATED: How to help the victims, firefighters of the Australian bushfires

March 11, 2020 Update: Letourneau tells NEWS CENTER Maine she is no longer taking items for Australia because she has received so much.

"We're actually on our fourth round of shipping right now, but we cannot take in any more items," she said. "We have turned the crafting group focus on the US needs instead, with great success."