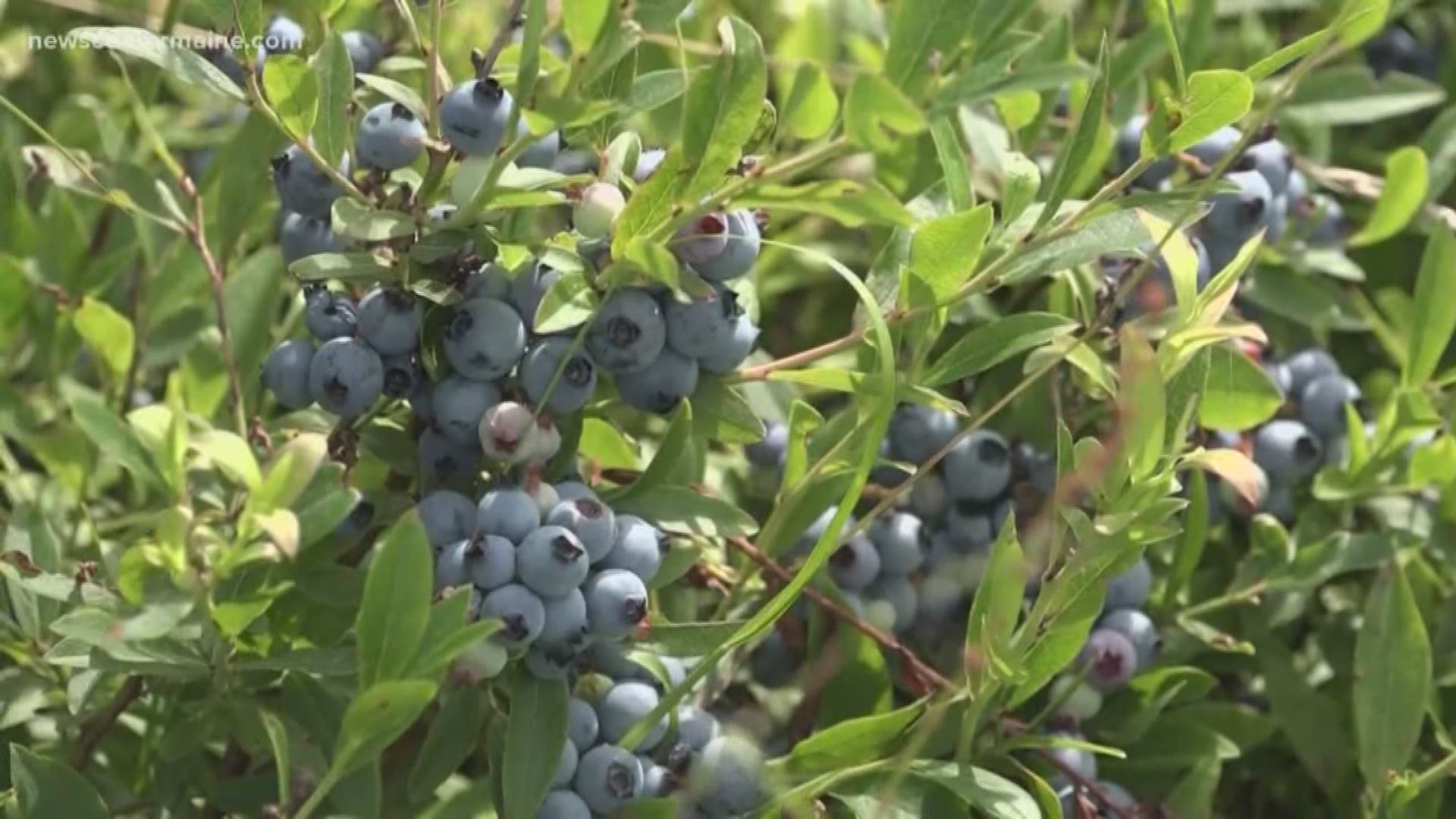 PORTLAND, Maine — Maine's wild blueberry industry could be looking at another difficult summer, as the year's total crop is projected to remain much smaller than just a few years ago.

The Pine Tree State is America's sole commercial producer of the wild berries, which are smaller than the more ubiquitous cultivated blueberries often seen in grocery stores. Maine's crop exceeded 100 million pounds every year from 2014 to 2016 before plummeting to 50.4 million pounds last year.

A cold winter that led to "a substantial amount" of winter kill followed by a wet and cold spring is likely to blame for the lower projections, said horticulturist David Yarborough, emeritus wild blueberry specialist with University of Maine. He said the total harvest might be about the same as last year.

"We have had good growing conditions this summer but because of the winter injury the crop in Maine is estimated to be similar to last year, so it may only be about 50 million pounds," Yarborough said.

The provinces of Atlantic Canada also harvest wild blueberries, and all were down substantially last year except for Quebec. The weak Canadian dollar has put Maine's blueberries at a trade disadvantage with the Canadian product.

The state's wild blueberry industry is also struggling with somewhat low prices to farmers. The berries have remained available to consumers, but the price to farmers has dipped from a decade high of 91 cents per pound in 2011 to 46 cents per pound last year.

RELATED: Ship ME Out | E4 - 'Rolling to Reykjavik'

The Wild Blueberry Commission of Maine has some new promotions on tap to try to increase interest in Maine's crop, including working with chefs in the state to include Maine blueberries on more menus, said Patricia Kontur, interim executive director of the commission. She said she has also heard that Maine's blueberry harvesters have experienced an "uneven" year so far.