Apollo 11: Moon landing celebration Blasts off this Saturday in Escondido

In Wednesday's Zevely Zone, Jeff went to Escondido to preview the Moon Landing Celebration that will show at the California Center for the Arts Saturday, July 20. 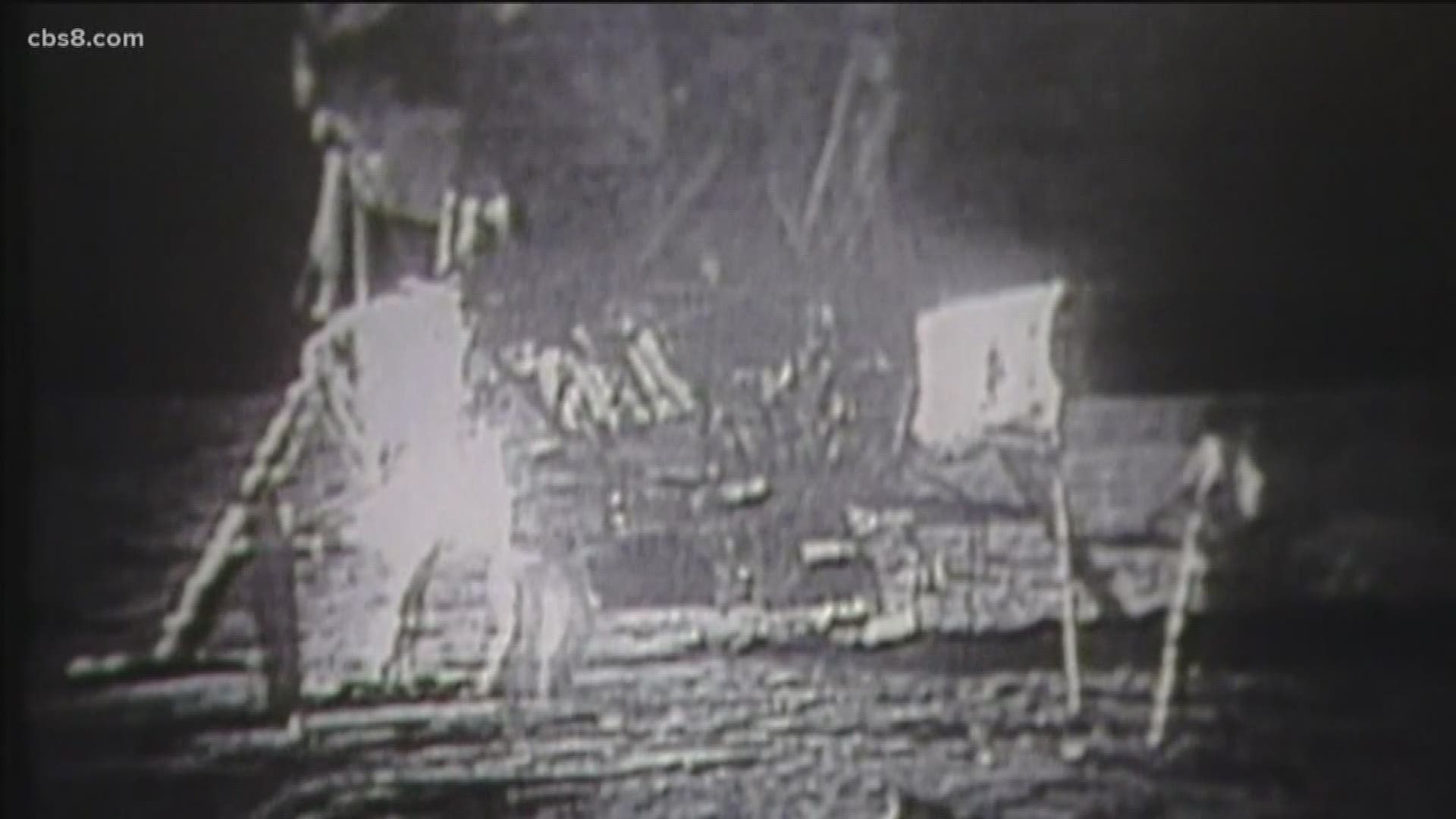 ESCONDIDO, Calif. — If you're looking for a way to celebrate the 50th Anniversary of the Apollo 11 moon landing, there's a performance that's out of this world.

In Wednesday's Zevely Zone, Jeff went to Escondido to preview the Moon Landing Celebration that will show at the California Center for the Arts Saturday, July 20, at 7 p.m.

The Apollo 11 mission may have made history many moons ago, but Joe Stanford remembers what Neil Armstrong accomplished on July 20, 1969 like it was yesterday.

"It was one of the most magical moments of my life. He stepped on the moon," Joe said with tears in his eyes.

Joe wants to recreate that memory at what he's calling the Moon Landing Celebration at the California Center for the Arts.

"I hope they feel the exhilaration of that moment," said Stephen Sturk who is the composer of the Moon Landing Celebration.

The 45 minute show will feature a video, a symphony orchestra, and one hundred person choir. Stephen hopes the music will match the suspense he felt when he was 18 years old.

"I heard on the news just the other day that Neil Armstrong only felt that he had a 50% chance of making it back can you imagine?" said Sturk.

Musicians from 20 organizations have volunteered in order to beat their drums and toot our horns for an American milestone.

"That's one small step for man, one giant leap for mankind," sang Sturk giving a glimpse of the performance.

Stephen and Joe say why not shoot for the moon and try to fill a hall with 1,500 seats the same way Americans packed their living rooms 50 years ago.

"This story is going to air on CBS but I'm no Walter Cronkite, " said Zevely.

After studying the power of the singing voice for his entire life, Dr. Joe Stanford had something he wanted to say or sing, "We landed on the moon!!"

The Moon Landing Celebration takes place Saturday, July 20, at the California Center for the Arts in Escondido at 7 p.m.

Speaking of Walter Cronkite, in 1980, News 8’s Michael Tuck interviewed the legendary newsman about notable moments in history that he reported on including the excitement surrounding the Apollo 11 moon landing in 1969.