Wreaths Across America to place Maine wreaths in Normandy

Wreaths Across America will place nearly 9,500 Maine-made wreaths on headstones in Colleville-sur-Mer, France, on Dec. 1. 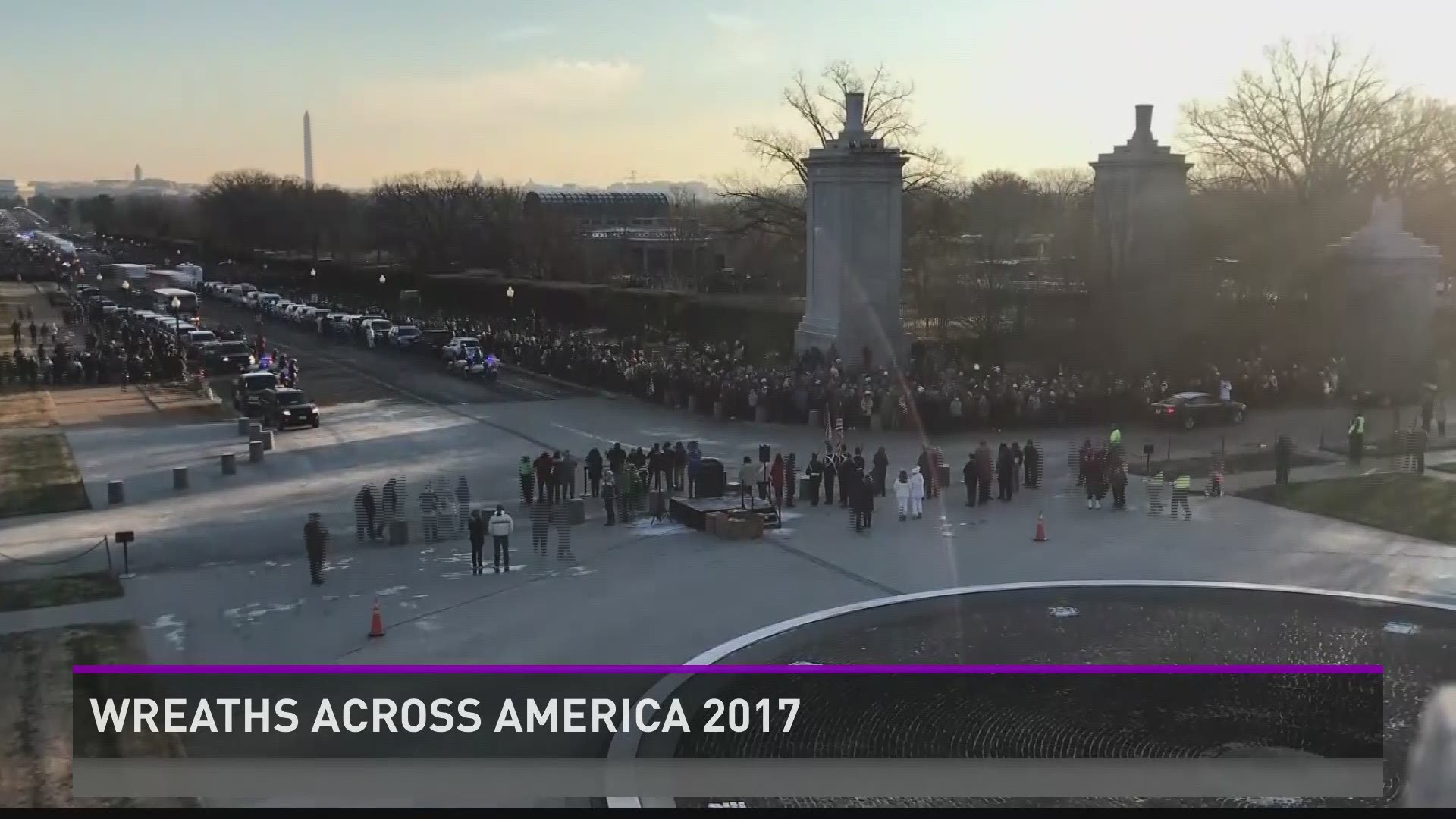 WAA, a nonprofit whose mission is "Remember, Honor, Teach," says it has been granted permission by French authorities to honor, on Dec. 1, all U.S. service members laid to rest at Normandy American Cemetery and Memorial, located in Colleville-sur-Mer, France.

It will be the first time WAA has sent balsam veterans' wreaths to be placed on foreign soil.

Ceremonial wreath placements will be made on each of the five D-Day invasion beaches.

Normandy American Cemetery, dedicated in 1956 by President Dwight Eisenhower and French President Rene Coty, is one of 14 permanent WWII military cemeteries overseas. It includes 9,300 burials, and more than 1,500 Americans who were MIA, lost or buried at sea.

Most of the Americans who rest at the cemetery lost their lives in the D-Day landings and battles.

NAC's superintendent, Scott Desjardins, said the cemetery is proud and pleased to be the first American Battle Monuments Commission memorial site to have been chosen to do this.

"As we approach the 75th Anniversary of the D-Day landings, conducted to establish a foothold in Western Europe to free it from tyranny," he said, "the Wreaths Across America organization storms the beaches of Normandy to establish a foothold and commemorate the sacrifice made by the men and women who never returned home and are now memorialized in our sites."

WAA founder Morrill Worcester's dream when starting the organization nearly three decades ago was to one day place a wreath in honor of every U.S. veteran laid to rest, worldwide. He said he couldn't imagine, back then, his idea would impact people the way it has.

"To know that WAA will be able to place a wreath for each of those veterans and say their names out loud is truly incredible," Worcester said, "and I am so honored to be able to help this effort, however I can."

Worcester started Wreaths Across America in Harrington, Maine, in 1992 with help from Sen. Olympia Snowe. Since then, its annual wreath-laying at Arlington National Cemetery in Washington, D.C., has touched thousands of lives. In 2017, WAA laid more than 1.5 million wreaths.

The organization said transportation of the wreaths is expected to require a "massive and coordinated effort" that includes support from CEVA Logistics, United Airlines and Metropolitan Trucking.

This year's National Wreaths Across America Day is Dec. 15.

Learn more about WAA at wreathsacrossamerica.org.