The Antonov An-225's maximum payload is 551,155 lbs. according to Antonov Airlines' website. 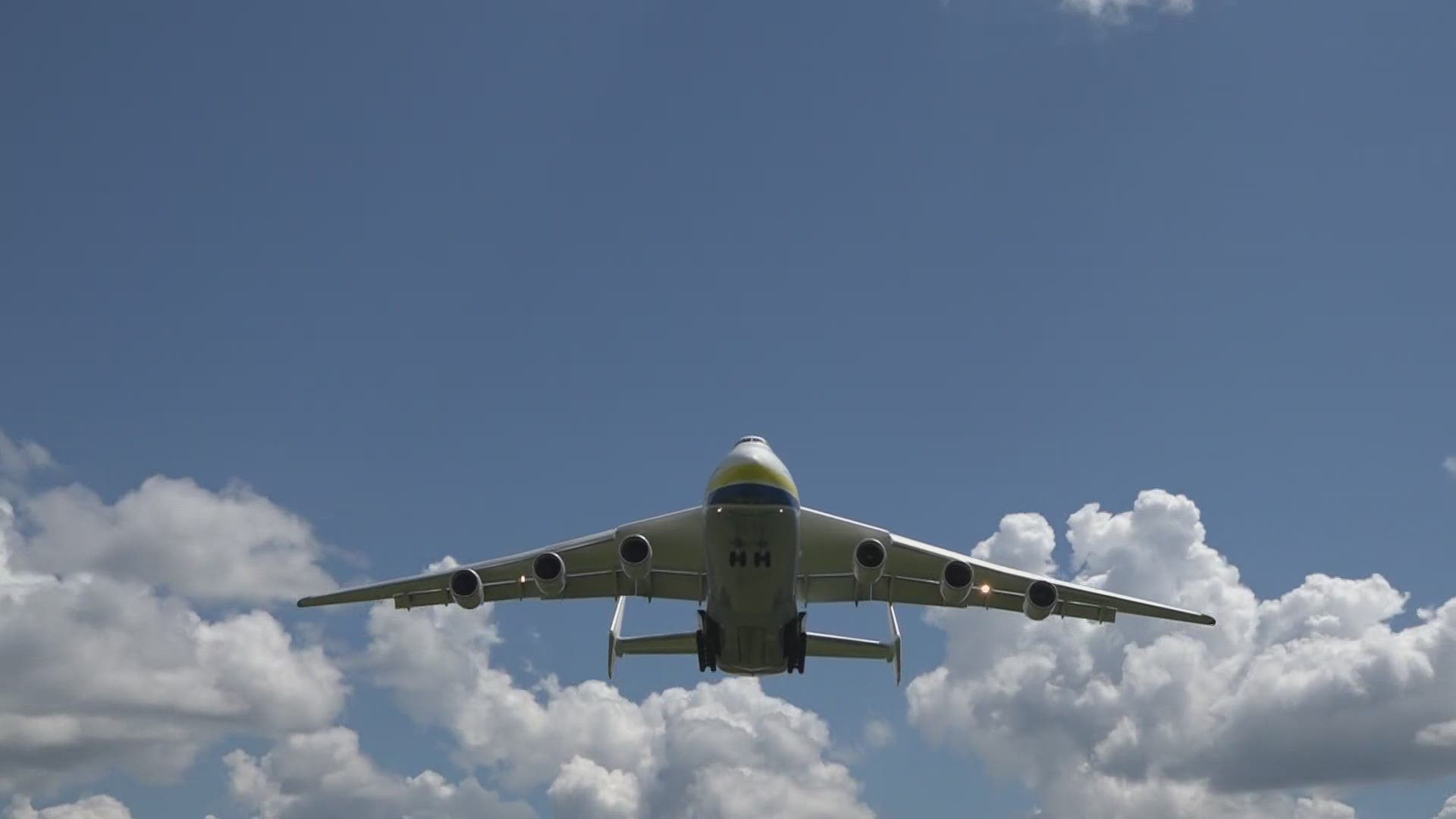 BANGOR, Maine — About two months after Air Force One landed at Bangor International Airport for President Donald Trump's visit to Maine, the airport received another prominent arrival: the largest plane in the world.

The plane took off from Kiev, Ukraine just after 7 a.m. (Ukraine time) and flew over Poland, Denmark, Scotland, and the Atlantic Ocean to get to the pine tree state.

According to Antonov Airlines' website, the aircraft entered commercial service in 2001. It was originally developed to transport the Energiya carrier-rocket and Buran space shuttle and has since garnered 242 world records across a 30-year period, according to the airline.

It is unclear how long it will be in Maine, when it's taking off, or where it's heading. Airport officials have been tight-lipped about the plane's activities and final destination.

It's not every day that something like this happens at an airport such as Bangor's, and a large crowd came out to see the plane's arrival.

A 6-year-old boy from Ellsworth named James spoke with NEWS CENTER Maine after watching the plane land and said he brought binoculars but didn't end up needing them because the aircraft was even bigger than he anticipated.