While some are able to relax in front the A/C, others are spending this scorching hot day, hard at work 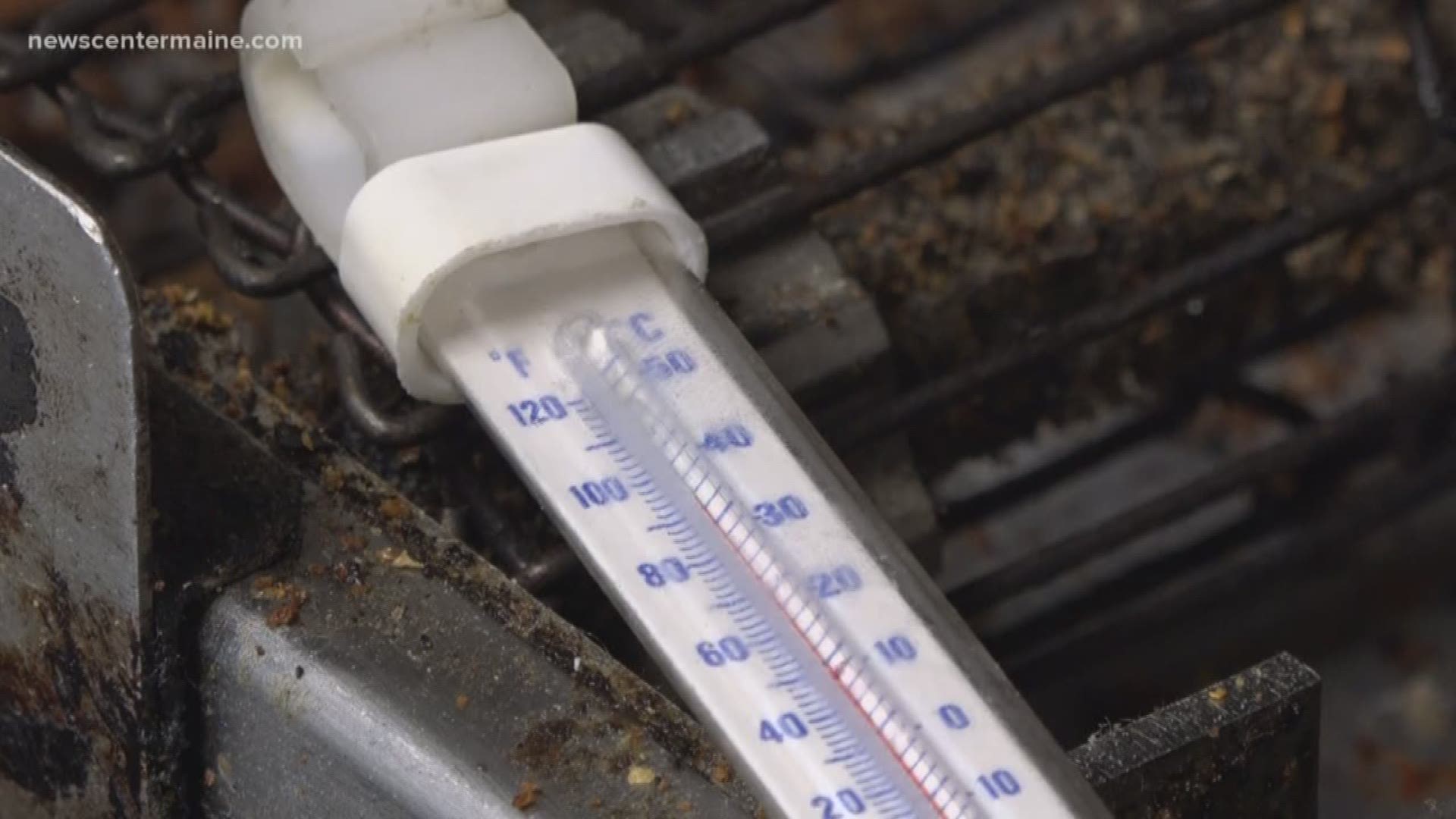 MAINE, USA — Saturday proved to be the perfect day for sitting by the water, or right in front of your air conditioner. Some, however, don't have that luxury and are spending their days hard at work.

"The oven's blasting at 450 degrees, so imagine being at the end of that," said Zach Black, a manager at Jason's Pizza in Brewer.

Black and his team have a busier Saturday than normal: more deliveries to air conditioned homes means even more pizzas to go through the oven.

"The A/C can only do so much," said Black. "Then all of the work of cutting pizzas, taking things out of the oven, you're exhausted by the end of the day."

RELATED: Get your fans! Get your water! How you can prepare for this weekend's 'schorcha'

RELATED: Dangerous heat through the weekend

The high temps inside of the restaurant were made even worse by the temperatures outside. Cracking into the 90s on Saturday, it was a difficult one for farm animals at the J.F. Witter Teaching and Research Center.

"Water on a day like today, and shade. And on a day like today, we want to keep them quiet and with as little stress as possible," said Robert Causey, an associate professor of veterinary sciences, as well as the director of the school of food and agriculture at the University Maine.

Causey and his team worked on the farm in the sweltering sun to make sure the farm animals were comfortable. They insured that all animals had plenty of water, shade, and animals like cows kept indoors had fans blowing onto them.

"In the barns we will have fans blowing. And the fans will get that air flow, and that will help the evaporation and help the animals stay cool," said Causey.

Horses at the University of Maine farm had the day off from riding as well.

While many worked through the heat, Tracy Willette, director of the Bangor Parks & Recreation Department worked to help others beat the heat.

"It's a nice way to get wet for a little while. Cool off, hang out by the waterfront, and thought it would be an easy place for folks to get to on a hot day," said Willette.

Willette set up a cooling station at the Bangor waterfront for area folks to cool down by running through the sprinkler. Even with the uncommon heat, you won't hear Willette complaining.

"Not too long ago we were standing out on four feet of snow, so I'll enjoy the 90 degree day," said Willette.