Police say Sharleen Hoffman of Hollis was arrested after breaking her ex-boyfriend's windows, punching her mother and a trooper in the face, and escaping a cruiser. 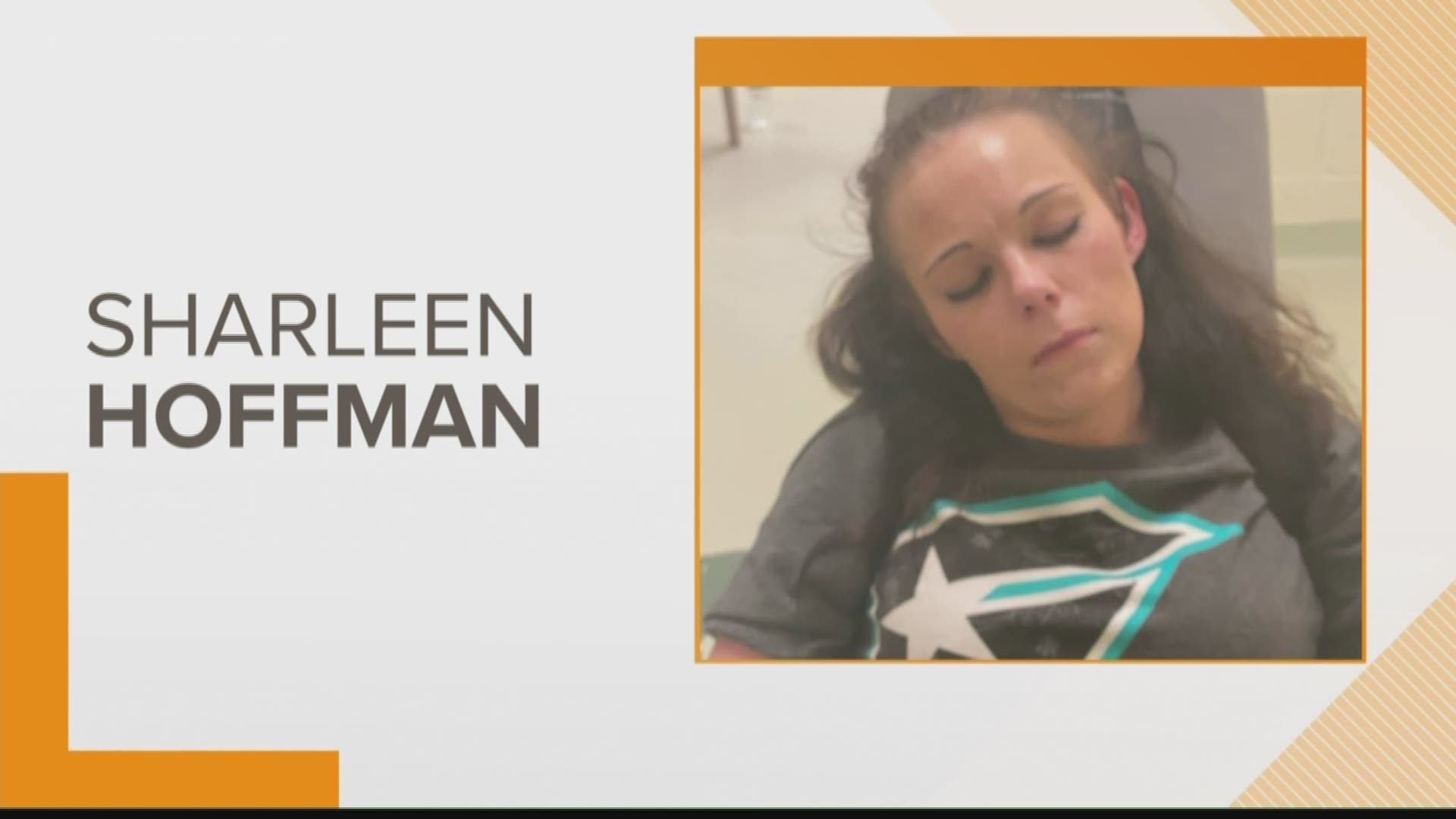 HOLLIS, Maine — In the early hours of Wednesday, February 12, police attempted to arrest a Hollis woman for breaking her ex-boyfriend’s truck windows with a pipe. She then punched her mother and a state trooper in the face. Police arrested her and she managed to escape the police cruiser before being captured again.

Maine State Police say they responded to reports of a woman breaking her ex-boyfriend's truck windows out with a pipe.

Police responded to the scene and identified Sharleen Hoffman, 29, as the suspect, but were initially unable to find her.

Trooper found Hoffman at her home where they say she and other members of the household were uncooperative.

Police say Hoffman then punched her mother and one of the troopers in the face in the home. Police then arrested her.

While troopers spoke with the family, they say Hoffman managed to escape the cruiser. Police found her shortly after.

Hoffman was brought to the York County Jail where police say she continued to be uncooperative and violent.

Her bail was listed at $2,500 and Maine State Police say the following charges are pending: Domestic Violence Assault, Assault, Criminal Trespassing, Criminal Mischief, Refusing to Submit, and Escape from Custody.

RELATED: Coronavirus: Should Mainers be concerned?

RELATED: Proposal would save ambulance service in northern Maine