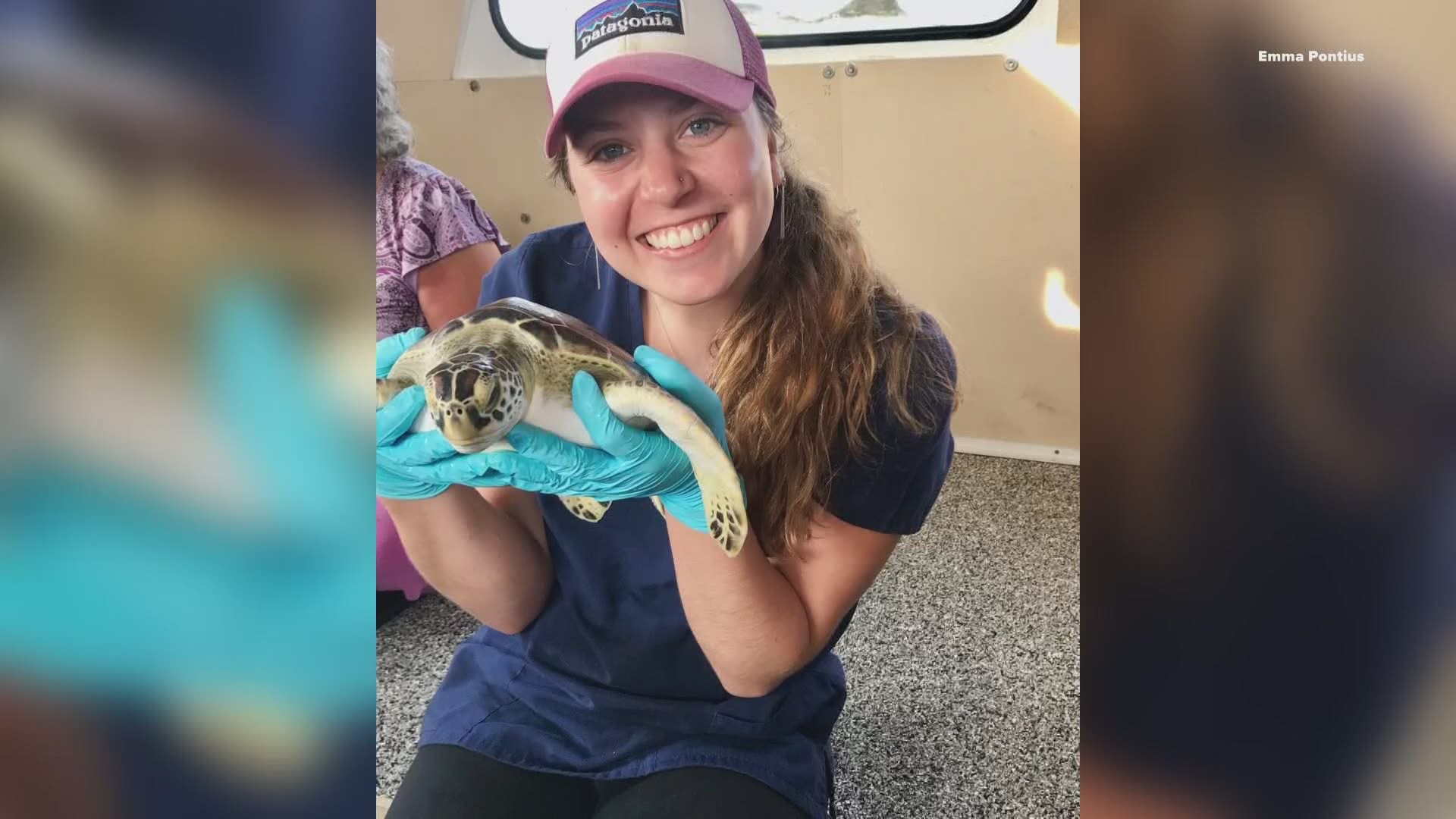 SOUTH PADRE ISLAND, Texas — UPDATE: Sea Turtle Inc. said on Facebook on Sun., Feb, 22 that it was able to rehabilitate and release 2,200 turtles back into the Gulf of Mexico. Check out the video here.

ORIGINAL STORY: Mainer Emma Pontius is one of many people helping to rescue sea turtles near South Padre Island in Texas after frigid temperatures and a historic winter storm shocked the Gulf Coast.

The Portland native is a staff member at Sea Turtle, Inc, which is coordinating the rescue operation. She said more than 4,000 "cold-stunned" sea turtles have been brought inside to stay warm so far.

According to the conservation group's Facebook page, it's the biggest sea turtle cold-stunned event in South Texas.

According to the Florida Fish and Wildlife Conservation Commission, turtles can experience "cold stun" in low water temperatures, which is less than 50 degrees.

"The ocean temperatures have been dropping very quickly," Pontius said.

RELATED: How you can help the millions in Texas who don't have power, heat or safety

Pontius said staff and volunteers have been going out and catching the turtles to bring them to safety.

"People are out there on boats with nets, netting these turtles out of the water," Pontius said. "We have some hot spot areas where turtles will wash into the area because of the currents around here."

She said the power was out for several days, making it difficult to keep the turtles warm. But the group announced on Facebook that SpaceX supplied a generator to help.

She said even though she is a Mainer, she has gotten used to the warm weather and wishes she brought her winter gear.

"It would be nice to have some 'Bean Boots.' It is pretty humbling talking to my sister and parents back home and seeing the snow and talking about the temps," Pontius said.

She said the group will be working over the next few days to make sure the turtles are healthy enough to be released back into the ocean, once it's warm enough.

She said if people would like to donate to help the efforts, you can visit their website.

This Mainer is helping rescue thousands of “cold-stunned” sea turtles near South Padre Island in Texas, after frigid temperatures and a historic winter storm shocked the Gulf Coast. Hear from her at 6. @newscentermaine pic.twitter.com/1d9BJPz2rs