Woman escorted home from hospital by caravan of friends, family

Tina Green spent the better part of a year battling an incurable brain cancer. Green spent this past month in the hospital, but decided to end her stay there and go home for in-home hospice care. Green's friends and family made sure her ride home from the hospital was nothing short of memorable. 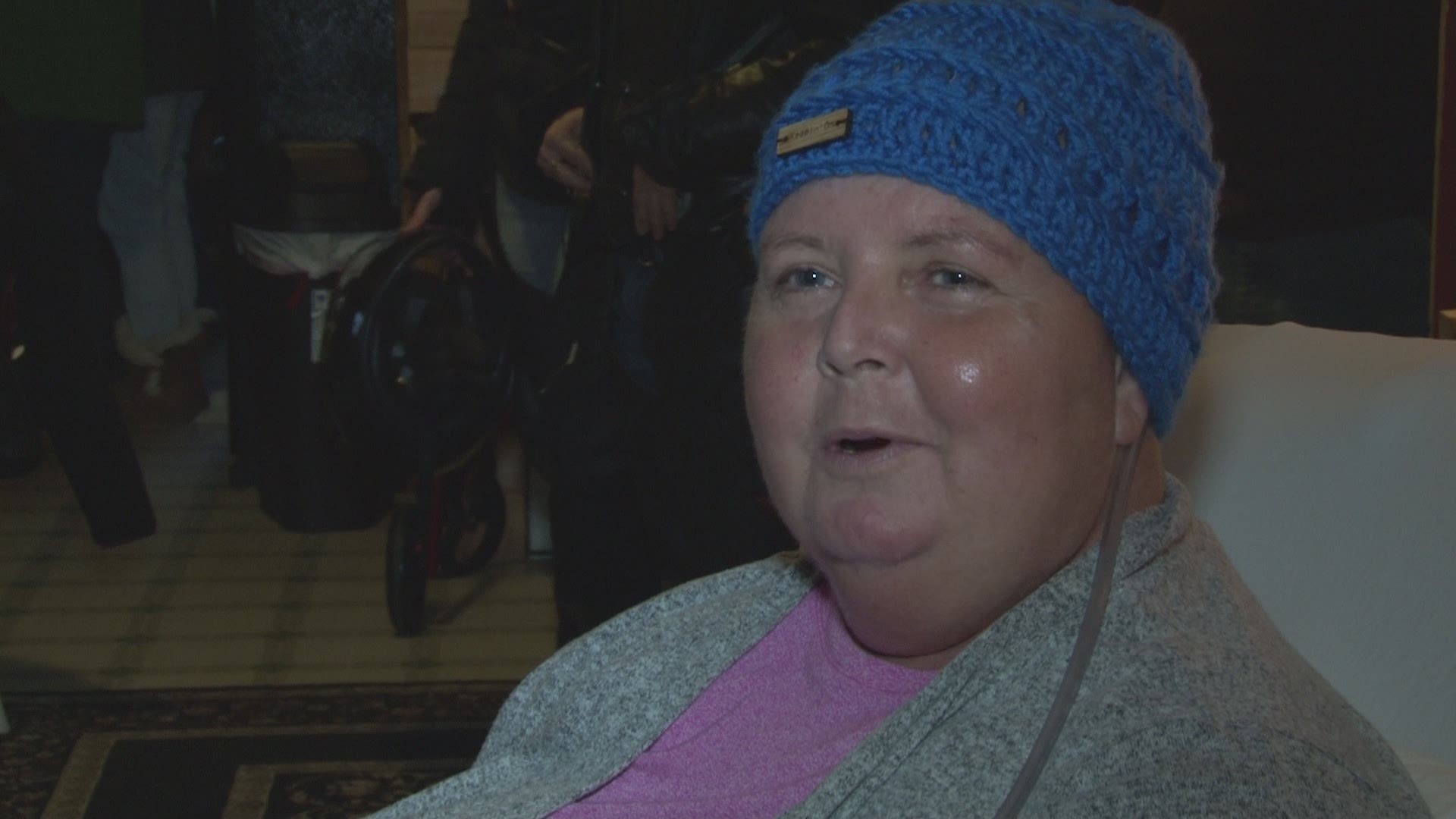 TUCKER (NEWS CENTER Maine) -- For Tina Green, it’s been a long journey home. Tina’s been fighting glioblastoma- an incurable brain cancer, for the better part of a year.

She spent this month at Brigham Women’s Hospital in Boston, dealing with infections from the surgery. On Saturday, doctors found a blood clot inside Tina’s lungs.

Laura Tanous-Marshall is Tina Green’s best friend. She's been fighting her own battle with breast cancer.

Tanous-Marshall was at the hospital Saturday when doctors revealed Green had a pulmonary embolism. "The problem was that she had all of these other issues too. So did we want to continue to live in Boston, or did we want to come home and really live," Tanous- Marshall said.

Green decided to come home for in-home hospice care. And she arrived in style! Tina’s ambulance drove to Tucker, Maine flanked by her biker family, the Iron Sisterz, the whole way home.

"We rolled up behind her, we got caught at one light. We were all revving our motors and you could see her in there grinning and waving…that’s what we were hoping for," Laura Rendell said.

Josh Mason is Tina Green's son. He rode home with his mother in the ambulance. "She grabbed her heart and I said, 'what’s wrong mom'? She said, 'my bucket is just full'. All the girls, all the Chrome Angelz, the Iron Sisterz, they’re great people and i love them all," Mason said.

Tina says she's finally at peace, surrounded by the people she loves most.

"If we can get rid of that clot, we’ll see what happens. And if not, that’s ok. I’m happy," Tina Green said.