The man said he wanted to transform the natural phenomenon into a spinning work of art. 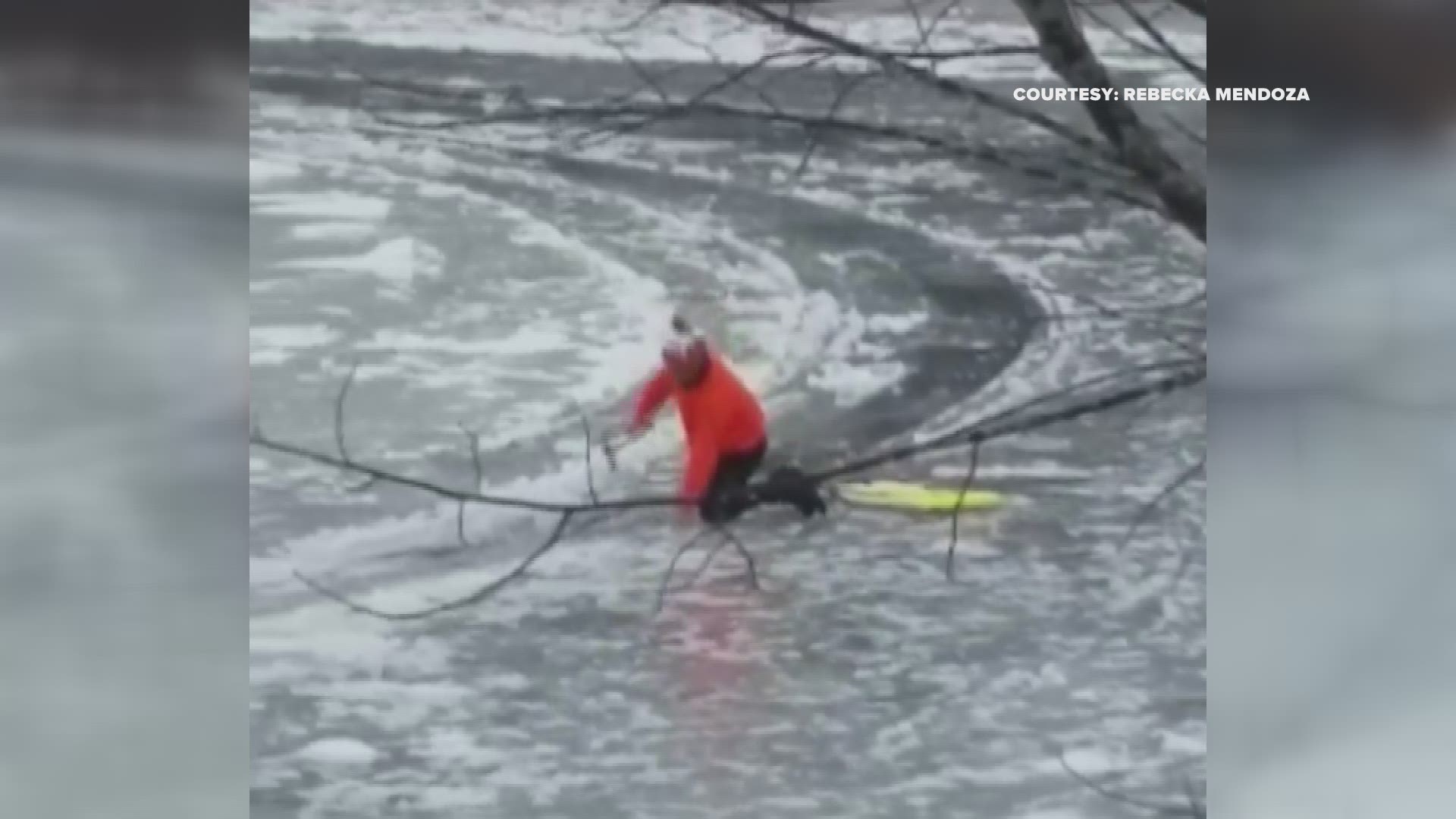 WESTBROOK, Maine — A giant disk of river ice has proved too much for a New Jersey attention-seeker who tried to carve a peace sign on it.

Christopher Angelo, of Lavallette, New Jersey, went onto the ice Thursday with a hatchet, saying he wanted to transform the natural phenomenon into a spinning work of art. But he was unable to get the disk spinning — and his peace sign came up short, too.

The massive disk appeared last week in the Presumpscot River in Westbrook, Maine, mesmerizing onlookers as its spun slowly before coming to a stop Tuesday. Stories, photos and videos have been shared widely.

Police declined to intervene Thursday, saying it wasn't a crime to hack at river ice. The Portland Press Herald reports Angelo has a history of staging public stunts.