The Town of Wells is reminding residents and beachgoers to take extra precautions while in the water at Wells beaches. 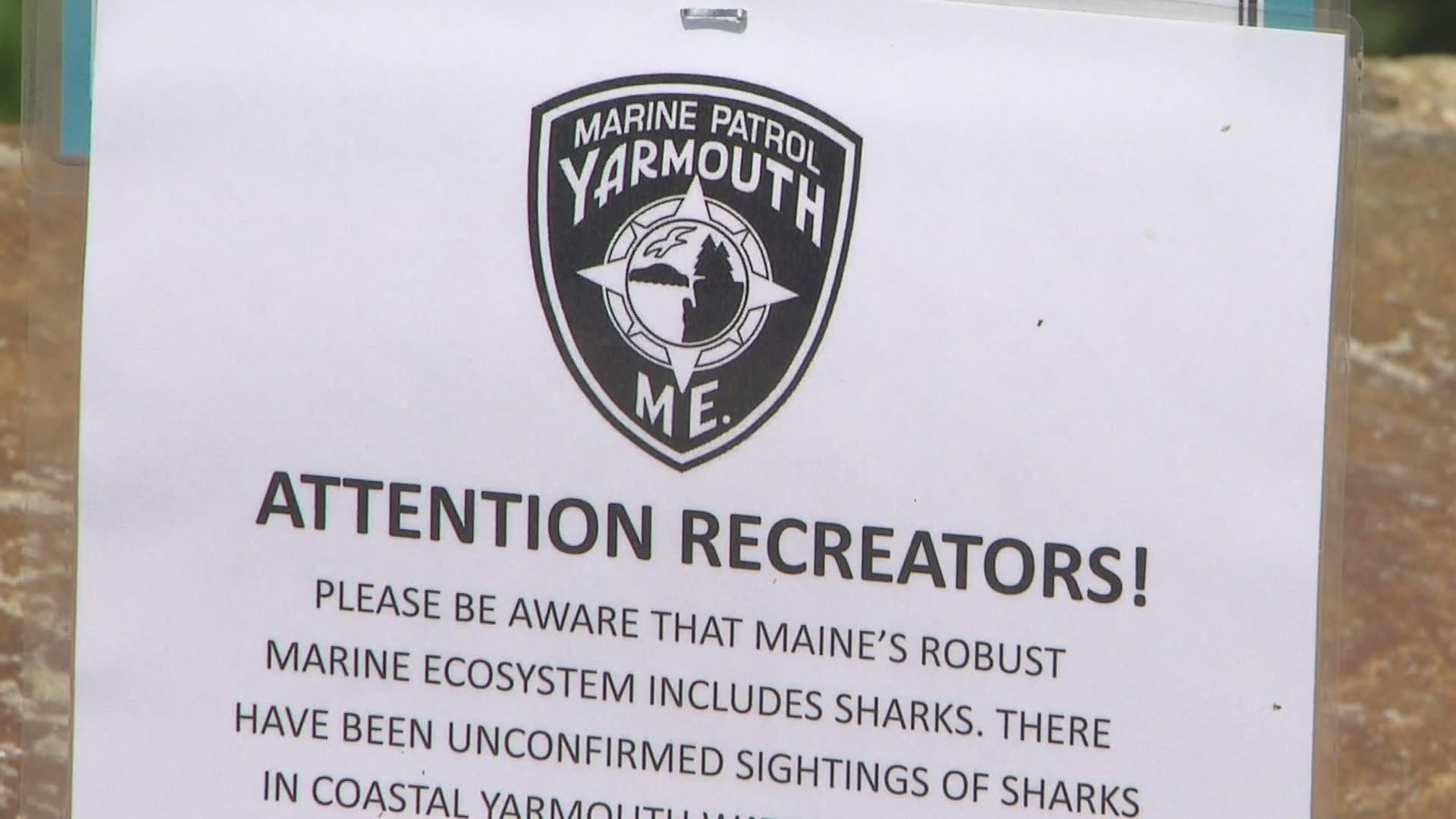 WELLS, Maine — It's been three days since a great white shark killed a woman off the coast of Bailey Island in Harpswell—Maine's first fatal shark attack. Beachgoers and town officials continue to be on high alert following the attack as sightings and beach advisories pop up across southern Maine.

On Thursday the Wells officials shared a message with its residents and visitors: take extra precautions while in the water.

The town shared recommendations from the Department of Marine Resources:

"We urge swimmers and others recreating in or on the water to be aware of their surroundings and to avoid schools of fish or seals, which attract sharks," Commissioner Patrick Keliher says.

Keliher emphasized those areas where seals congregate such as places on the shore where they haul themselves out of the water should be avoided, which can include the rocks near Casino Square on Wells Beach.

People are urged to be aware of their surroundings and swim in groups, as well as to consider avoid wearing wet suits or swimming in deeper waters.

Other beaches are taking measures further, and issuing restrictions on swimmers. Maine's Bureau of Parks and Lands announced Thursday they are closing all "water activities" at Popham Beach and Fort Popham until further notice. Ferry Beach State Park and Crescent Beach State Park water access is limited to waist-deep water.

Officials are also urging the public to report any shark sightings.

"The Town of Wells remains vigilant in the aftermath of the attack in Harpswell, and we urge the general public to ensure they report any sightings," Wells fire chief Mark Dupuis said. "When possible sightings are reported every attempt will be made, weather permitting during daylight hours, to confirm these sightings with the harbormaster."

Maine Marine Patrol is also continuing to patrol for sharks to try to confirm the presence, location, and species of sharks in the area.

Maine Department of Marine Resources says they were notified of a shark approximately 75 yards offshore of Popham Beach on Wednesday, but when Marine Patrol responded they didn't see a shark. The Marine Patrol pilot did spot a sunfish when he flew over the area, which could have been confused for a shark.

There was another report of a shark near Cousins Island on Wednesday, but the Department hasn't been able to verify if it was a white shark. Out of an abundance of caution, the sighting triggered a shark advisory for Broad Cove Reserve, but that was lifted Thursday morning.

Massachusetts Department of Marine Fisheries Senior Scientist Gregory Skomal, Ph.D, says such attacks are incredibly rare in Maine, but great white sharks have been off the Maine coast for “eons.” The Maine Department of Marine Resources says the only other confirmed shark attack in Maine waters occurred 10 years ago near Eastport, and that was determined to be a porbeagle.

"It's an extremely rare event," Skomal told NEWS CENTER Maine. "I'm not alone in saying I hope it's the only one we ever see."

Sightings reported will be used by Marine Patrol, working with Skomal to identify the species of shark sighted and will also be shared with the Department of Agriculture, Conservation and Forestry (DACF) to determine any action associated with state beaches.

To report a sighting to Marine Patrol, find your local patrol officer here.