'We feel caged in': Protesters react to concrete barricades put up around downtown Louisville

"The way you fence us in, you're just showing that you don't care about us," one protester said about the barricades and fencing put up around the city. 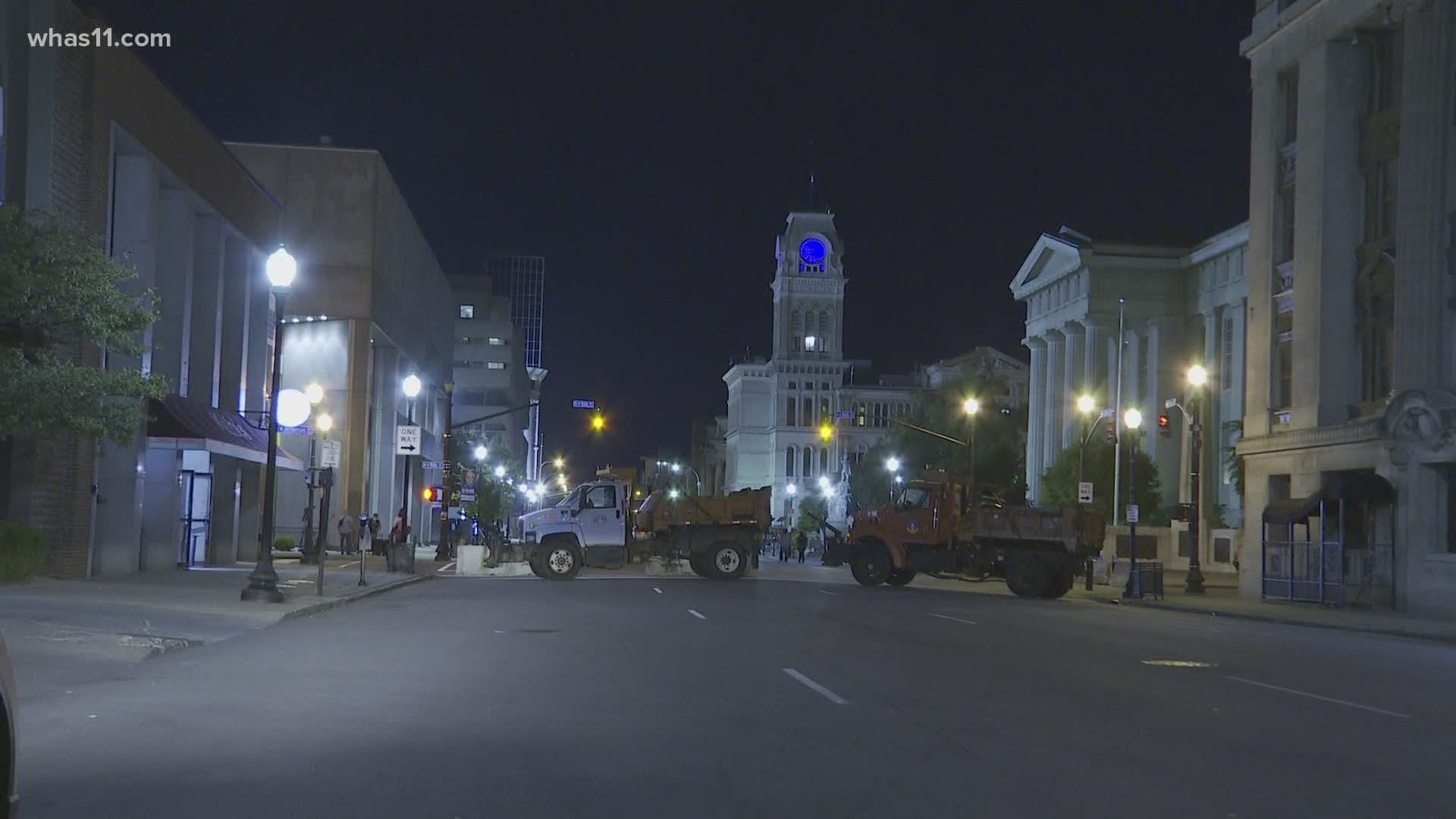 LOUISVILLE, Ky. — In anticipation of a decision from Kentucky Attorney General Daniel Cameron in the Breonna Taylor case, concrete barricades have been put up around downtown Louisville.

Entrance and exit checkpoints have been put up around downtown Louisville for people who work or live within the perimeter. Some people say they were ID'd by LMPD at those checkpoints to enter, and many were able to walk to Jefferson Square Park.

"We feel caged in, we feel blocked out, we feel isolated," Kejohn Jennings, a protester, said.

"The way you fence us in you're just showing that you don't care about us. You're having helicopters flying around us like we're animals. This is not a cage. This is a park," said Johari Jennings, another protester.

"I don't know what they think they are preventing. You can't cage up the entire city," Carmen Jones said.

LMPD Interim Chief Robert Schroeder said in a press conference Tuesday that the barricades were put up to ensure public safety, but that's not the message protesters are hearing.

Access to downtown has been mostly blocked out to cars, but that isn't stopping protesters from getting to the square.

"It doesn't make us stop wanting to come down here, it actually ignites our fire," Jones said.

Pedestrian traffic hasn't been restricted in the area and, according to Jennings, people are working together to bring supporters downtown.

"They are coming here however they can, by whatever means necessary," he said.

In the neighborhoods surrounding downtown Louisville, it's like business as usual. Breonna Taylor's name still stands in NuLu storefront windows that don't have boards on them.

Credit: WHAS
A "Justice for Queen Breonna" sign hangs in the window of a business in Louisville's NuLu neighborhood. Photo: Sept. 22, 2020.

In Russell, more plywood has been put up on businesses, and just down the street, the Kroger at 28th and Broadway closed early and barricades were placed at one of the entrances.

But the streets in these neighborhoods are clear.

"All eyes is now on Louisville," Kejohn Jennings said. "We're not here to destroy, we're here to really rebuild this."

As the anticipation continues, the people who have called Jefferson Square Park home for 118 days patiently wait.

Attorney General Daniel Cameron's office has not released any information on when a decision in the Breonna Taylor case will be announced.