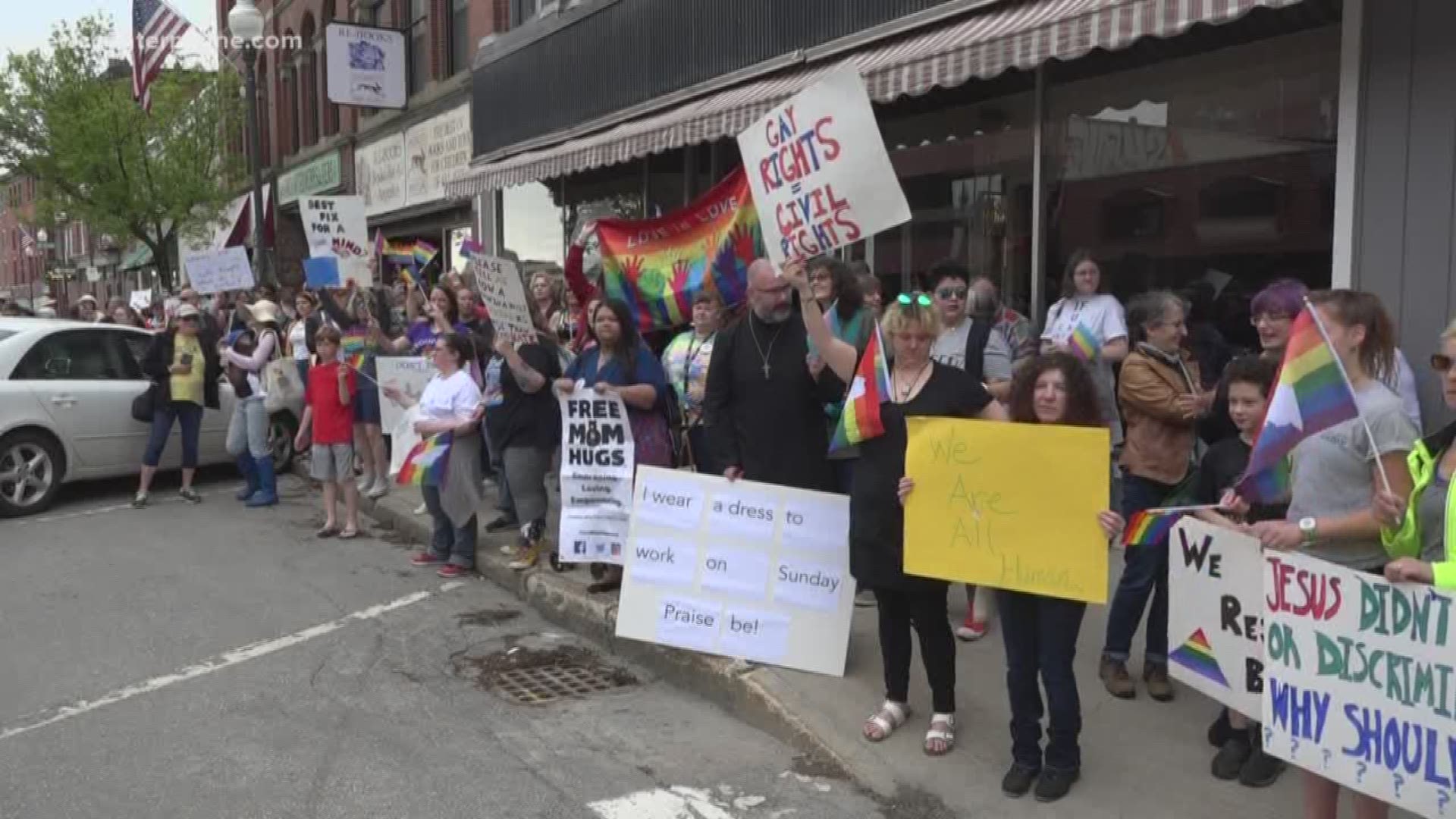 WATERVILLE, Maine — To coincide with the kickoff of Pride Month, Waterville bookstore held a children's event, the Drag Queen Story Hour. More than 100 people packed the storefront to show support for the event. Many chanting "love not hate."

The event was met with much criticism when it was first announced. Many saying that gender and sexuality is not a topic for children to discuss.

There was a small protest to the event across the street from the Children's Book Cellar, however, those protesters left before NEWS CENTER had the chance to speak with them.

"Lifestyles are different, but everybody is worthy of having a happy home and being loved," said book store owner Ellen Richmond who planned the event.

The event featured a book reading from drag queen "Ophelia."

"You can be anyone you want to be, anytime in your life. It doesn't matter," said Ophelia.

Many families also attended the reading, bringing infants, all the way to teenagers.

"As a family we support love of all kinds, no matter what," said Amy Wilson, a mother who brought her children to the story hour.

Richmond says she was overwhelmed by the support she was shown for the event. "I am so full of love, and just gratitude to all of these people that are here saying thank you, what you're doing here is important."

Richmond added this was the largest crowd she's ever had in her bookstore, surpassing crowds for Harry Potter book releases during the height of the series popularity.