Three men and a Maine Game Warden got a boat stuck on a rock in the Penobscot River. The U.S. Coast Guard is now responding. 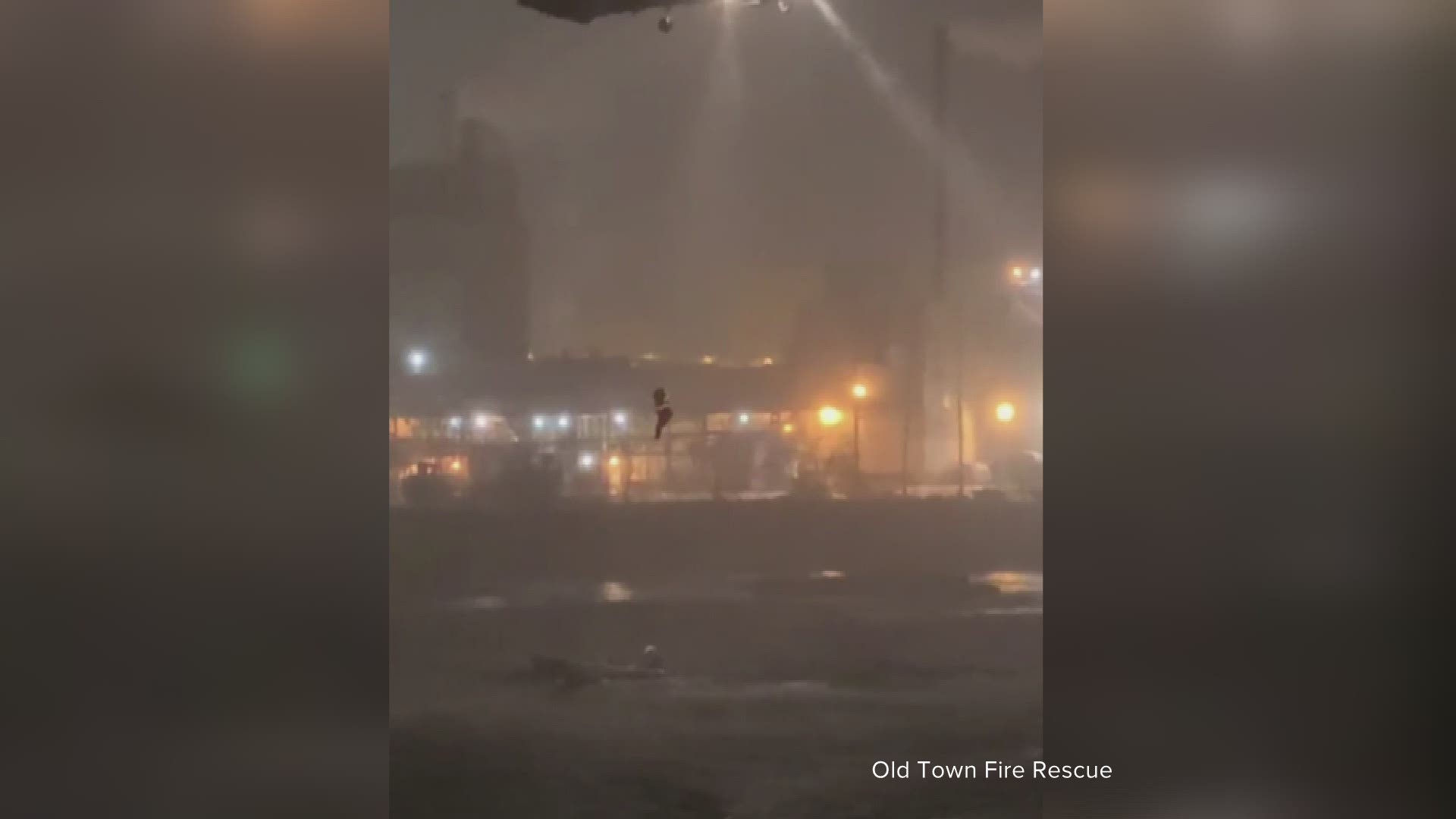 BRADLEY, Maine — What started out as a water rescue for 3 men who’s boat hit a rock in the Penobscot River near the Old Town Mill, ended up being a rescue for 4 people on Monday.

Officials say three men from the University of Maine entered the River from French Island in Old Town.

A Maine Game Warden’s boat, responding to help the students, hit a rock and his boat became submerged as he made it to the other boat.

A U.S. Coast Guard helicopter was called in to assist in the rescue from Cape Cod.

By 9:30 p.m. all 4 people were pulled from the boat up to the Coast Guard helicopter.

The 4 were taken to the Bangor International Airport to meet up with a Bangor Fire Department Rescue team.

Nagle said, The UMaine community thanks to all the first responders involved in the rescue.

RELATED: Man who made mayday call never identified himself