WATCH: Driver charged after failing to pull over for emergency vehicle in Wells

A Wells police sergeant was on his way to a domestic violence call. 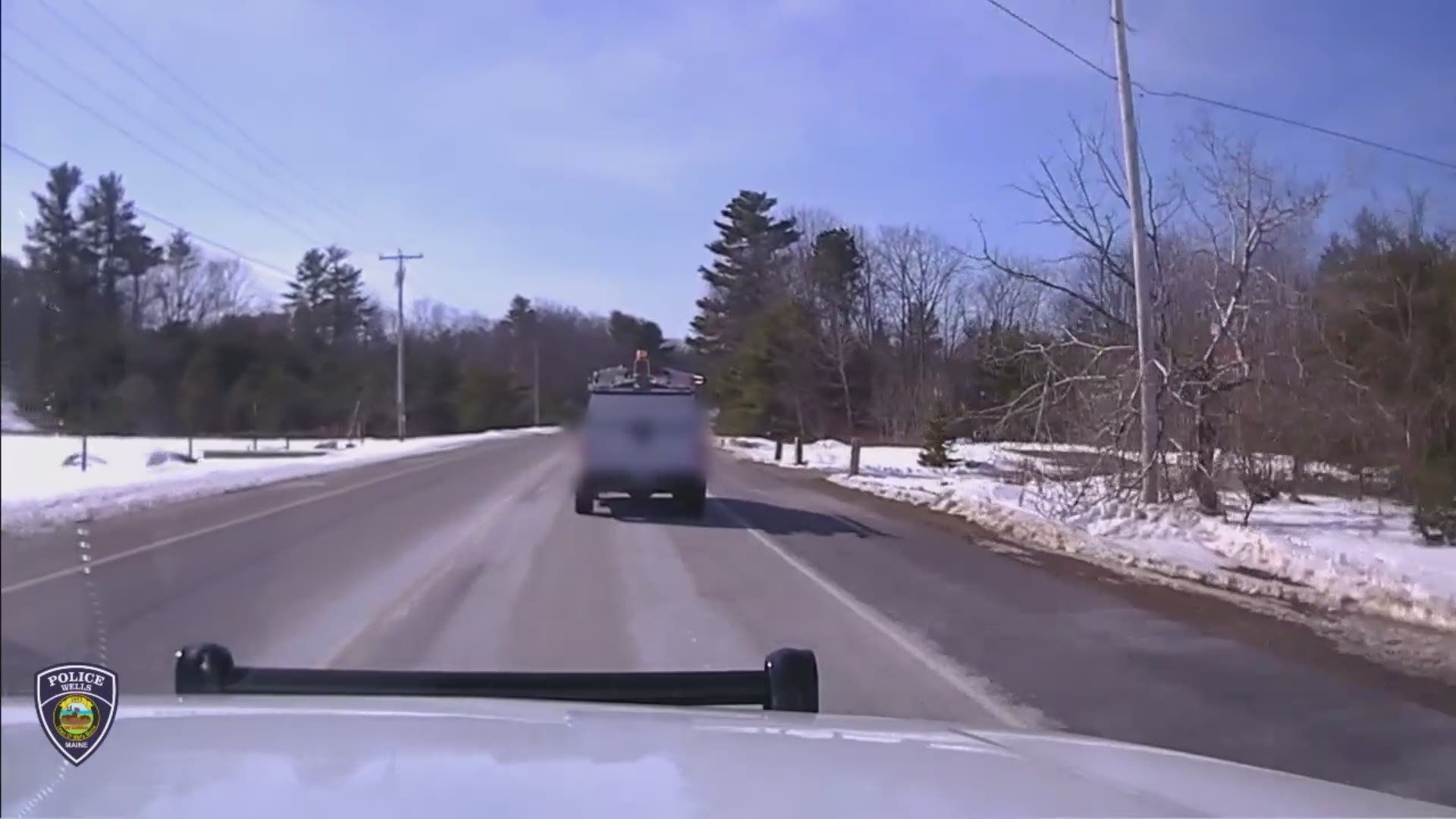 WELLS, Maine — The blaring sirens and an air horn doesn't seem to alert this driver to pull over on Route 9 in Wells.

Sgt. Arrowsmith was on his way to a domestic violence call when his dashcam was rolling.

"The suspect was trying to get into a room where the victim was locked in. This type of call is exactly where seconds count," said Sgt. Arrowsmith.

Sgt. Arrowsmith said it took the driver 49 seconds to finally pull over.

"Just people realizing that they're prohibiting us from doing our job," said Sgt. Arrowsmith.

He said people not pulling over happens almost every call. Last month, an ambulance driver in Auburn experienced the same situation, and caught it on camera.

"If you're in bed and your loved one stops breathing and you call 911, you don't want people getting in the way of that ambulance, you want it there now," said paramedic Michael Blakemore.

Maine law requires drivers to immediately pull over when an emergency vehicle has its sirens and lights on. If you don't, you can get fined.

"The last thing any of us want to do is fine people and summons them. We hope they do the right thing," said Sgt. Arrowsmith.

Sgt. Arrowsmith said by posting the video on Facebook, he hopes it teaches people this has to stop, to protect the lives of first responders and the public.

Sgt. Arrowsmith said the driver was charged with failing to yield to an emergency vehicle.

RELATED: WATCH: Driver fails to pull over for ambulance in Auburn