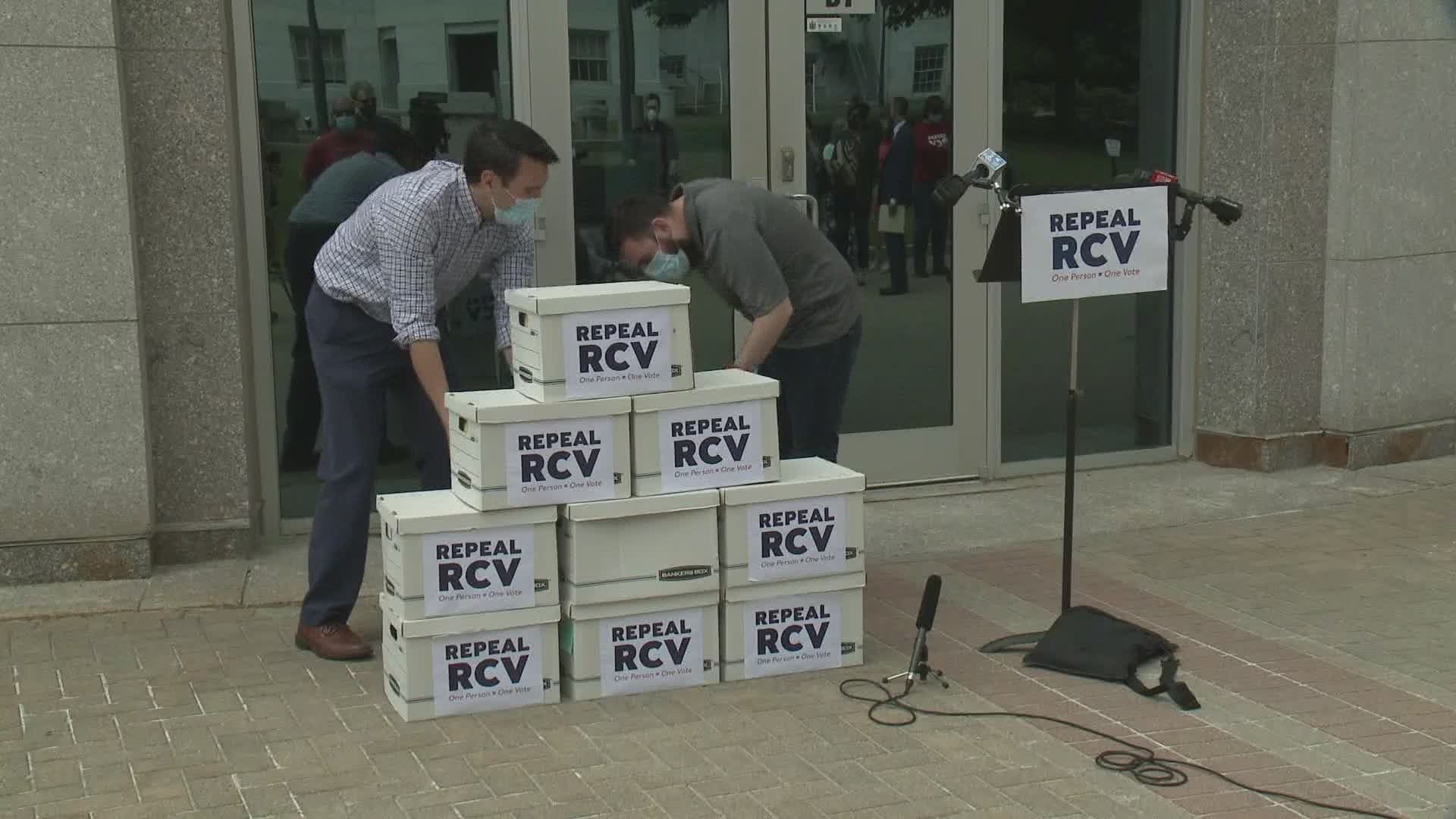 MAINE, USA — The Maine Republican Party (Maine GOP) said Monday they have submitted enough signatures to place a question to repeal ranked choice voting for presidential elections on the ballot in November 2020.

The Secretary of State's office now has 30 days to review the petitions for illegal activity and fraud.

“Collecting more than 72,000+ signatures in the midst of a pandemic and statewide lock-down that greatly reduced our capacity to collect signatures is a historic feat,” Chair Dr. Demi Kouzounas said. “Completing this task with only 64 days of signature gathering is a true testament to the dedication of our team and amazing volunteers and the amount of energy Mainers have to restore the principle of one person, one vote in our election process.”

It's important to note that this petition seeks to eliminate ranked choice voting only in Maine's presidential elections.

“Maine people have twice affirmed Ranked Choice Voting through statewide ballot referendums because we value elections that are fairer and more inclusive. Democrats, Republicans, and independents alike report that it’s important elections reflect the will of a majority of voters—exactly what RCV achieves, and what its opponents are trying to undermine.”