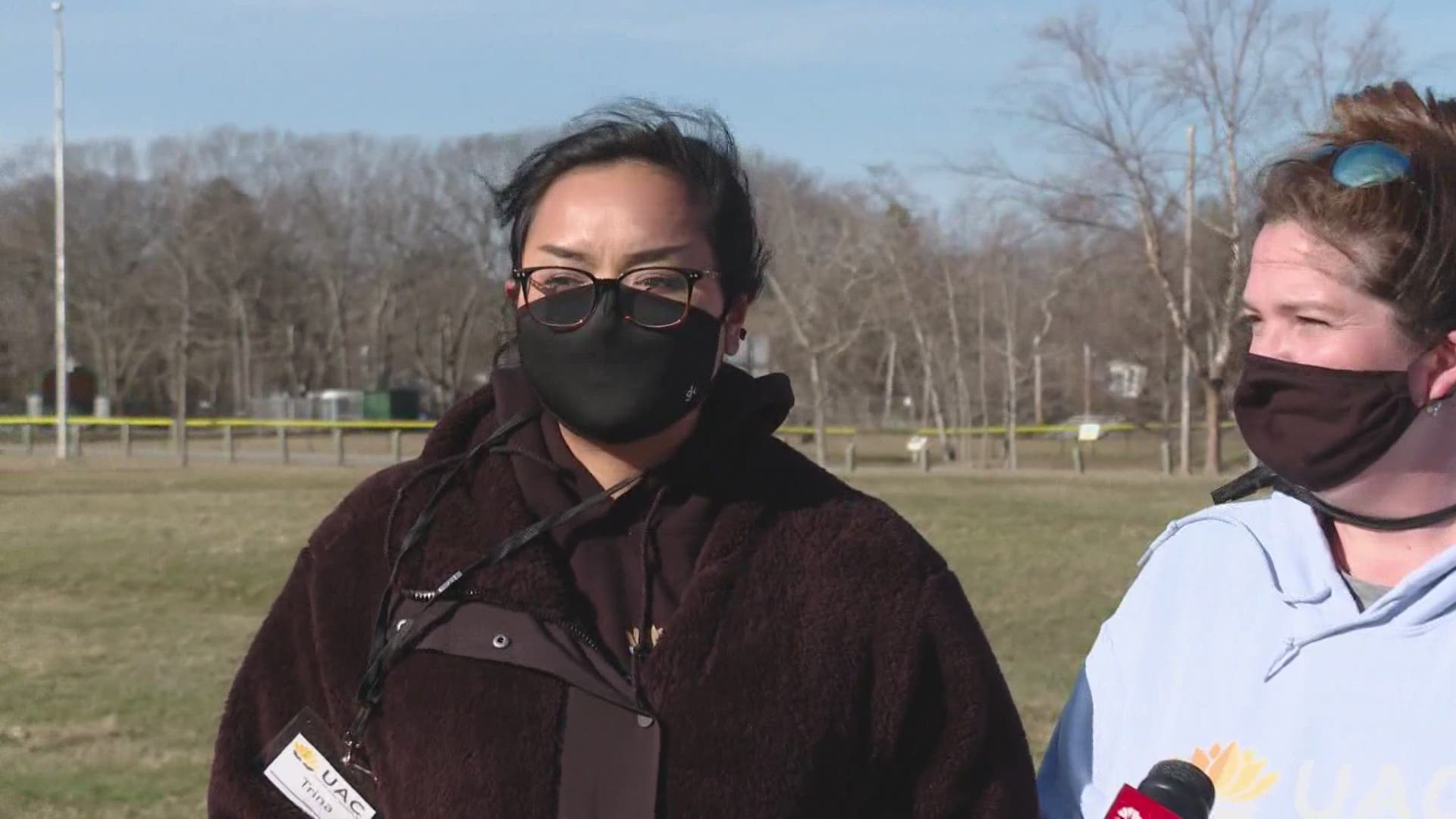 PORTLAND, Maine — Leaders in Maine's Asian and immigrant communities continue to spread the message of unity following a surge in anti-Asian violence.

People gathered Tuesday at Payson Park for a vigil against anti-Asian violence. They hope to spread the message that everyone belongs here.

"We all belong here," said Amy Chea, chief strategy officers with Unified Asian Communities. "We all deserve to feel safe no matter where we go. School, work, the grocery store, the movies, the park. You should wherever you are, and that you belong. Because you do."

Navy Chhay said she is one of the victims of a March 15 attack that Portland police say was motivated by race.

"He saw me and was like, 'Go back to your country.' He started swearing, saying all these things," said Chhay.

Chhay said she was getting an oil change on Forest Avenue at the time. She said that after the man yelled a racial slur at her, he broke the driver's side mirror of her car.

"The piece flew into my daughter's mouth," she said. "I went crazy. All I was thinking was my daughter, something is going to happen to my daughter if I don't stop this. So I got up and I chased him."

Navy Chhay says she is the victim of what police call a racially motivated attack that happened in Portland on March 15th. Police say a transient has been charged in connection to the crime in which he allegedly yelled a racial slur and broke the driver’s side mirror of her car. pic.twitter.com/K1t33DlcmI

Police have charged a suspect, Troy Sprague, 42, in connection with the incident. Maine Attorney General Aaron Frey said he would file a civil rights enforcement action under the Maine Civil Rights Act.

According to NBC News, 3,800 anti-Asian hate incidents were reported in 2020, an increase of 150 percent from the previous year.

Tuesday's vigil comes just days after a Stop Asian Hate rally was held outside of Portland City Hall. A number of Asian Americans spoke about their experiences growing up in America and the stereotypes they faced.

Community leaders hope events like these help forward the difficult discussion around racism in our communities.

"There's a lot of history that really needs to be worked out and looked at and honored and rectified," Chea said. "So I think a lot of work needs to be done, but that does not mean that we're not able to do it."

"We're all are going to stand together. Regardless of races and ethnicities and class and so on so forth, to say no to xenophobia, to say to intolerance," said Reza Jalali, the executive director of the GPIWC.

Jalali hopes it's a chance to honor the memory of the victims of recent acts of violence targeting the peaceful members of Asian American communities, and stand in solidarity with Maine's Asian American neighbors, and to condemn racism, intolerance, and xenophobia.

The Maine Civil Rights Act prohibits violence or threat of violence or property damage motivated by race, color, religion, sex, sexual orientation, ancestry, national origin, or physical or mental disability. A violation of the act is a Class D misdemeanor punishable by up to one year in jail and a $2,000 fine.