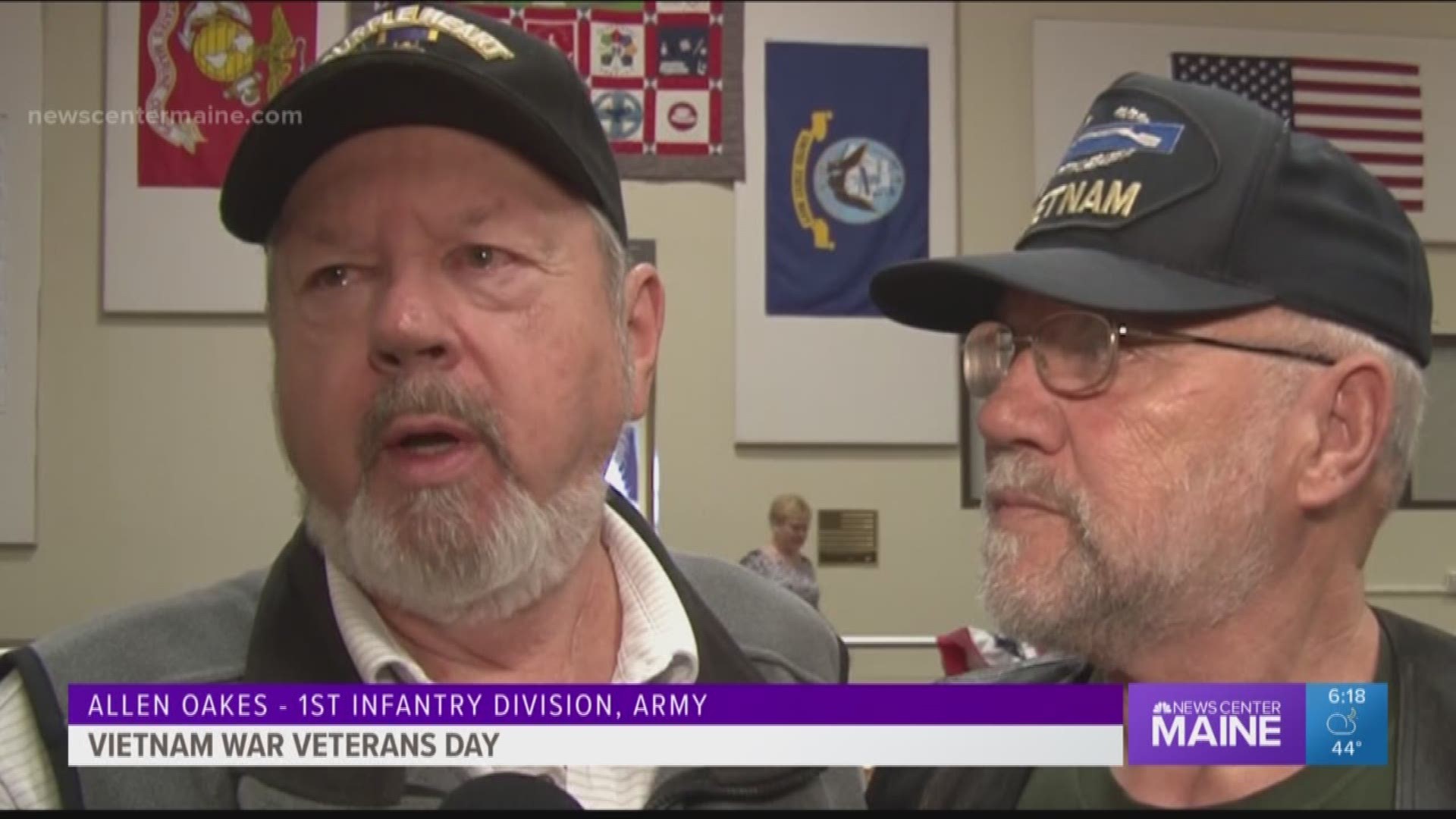 AUGUSTA (NEWS CENTER Maine) -- It's been decades since the beginning of the Vietnam War, and public opinion over the war led to shaming many veterans when they returned home. According to some at the Vietnam 50th Anniversary Observance at the Togus Theater, inside the VA Maine Healthcare System, this is the welcome home they have been waiting for. 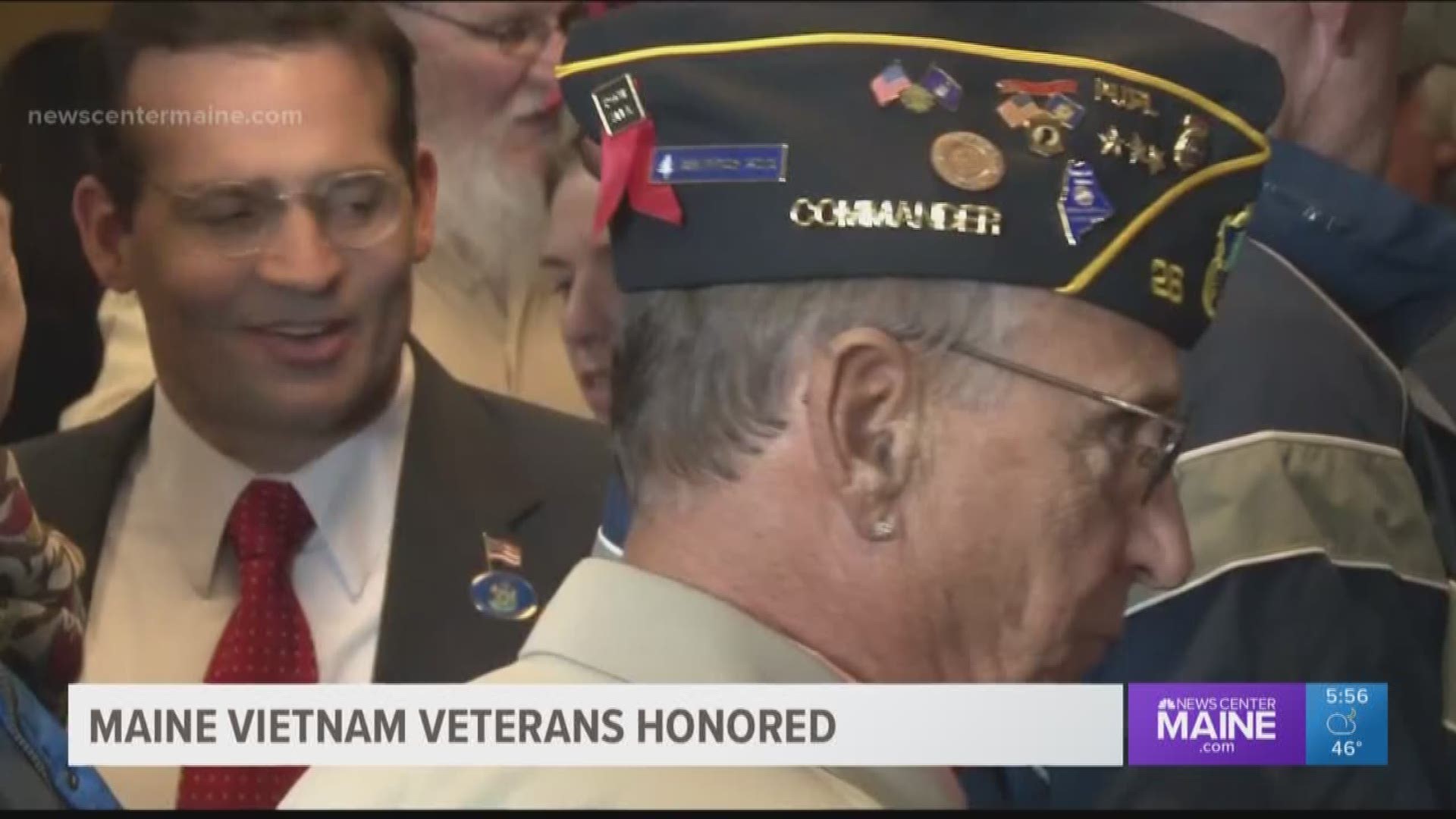 Many also attended another ceremony at the Welcome Center in the State House and received a commemorative coin with the dots remembering the 343 killed and missing Maine soldiers in Vietnam.