Video: LMPD officer applauded at roll call day after he was shot 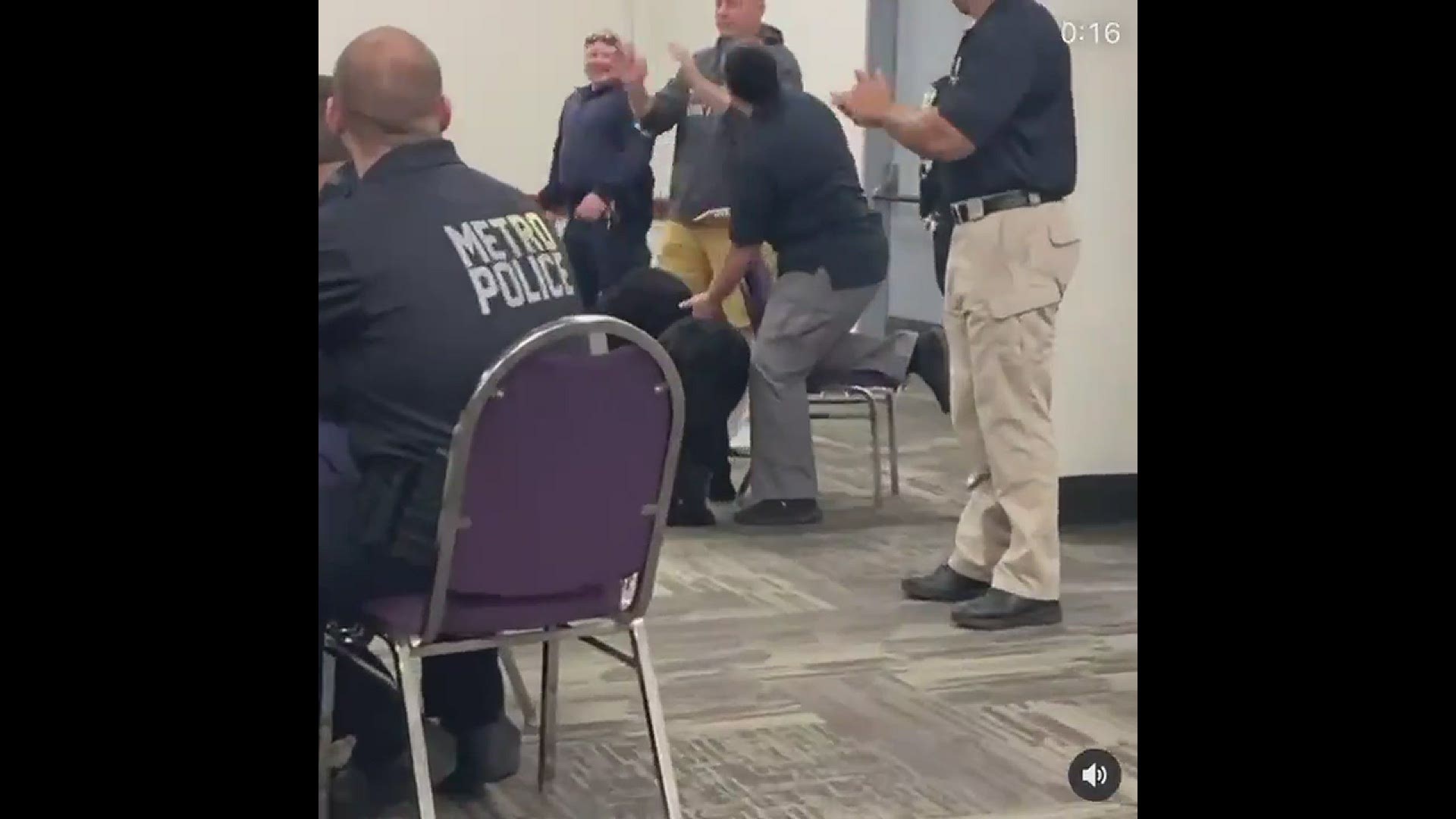 The video, posted by Councilman Anthony Piagentini, shows officers clapping as Gregory walked into the room. Piagentini said Gregory told officers how much he appreciated them.

"This is the definition of leadership and selflessness," Piagentini said. "This is the caliber of public servant defending our city."

This is Major Gregory. Less than 24-hours from being shot attended his team’s roll call to tell them how much he appreciated them. This is the definition of leadership and selflessness. This is the caliber of public servant defending our city. pic.twitter.com/LEVKFdUmh5

Larynzo Johnson has been charged in connection with the shooting. Schroeder said Johnson was arrested and witnesses identified him at the scene. An arrest report shows Johnson was charged with 14 counts of wanton endangerment and two counts of assault.

Schroeder did not say if Johnson was participating in protests that began after the Jefferson County grand jury's decision to indict former officer Brett Hankison on three counts of wanton endangerment in the Breonna Taylor case.

The shooting was first reported during a livestream on LMPD's Facebook page. An officer can be heard saying "Officer down" and "Take cover" near the intersection of Brooks St. and E. Broadway. The stream ended abruptly.

Larynzo Johnson will be arraigned on September 25 at 9 a.m.

RELATED: Suspect charged in connection to shooting of 2 Louisville officers