The Victoria Clipper and Black Ball Ferry Line plan to await further guidelines from the Canadian government before resuming operations. 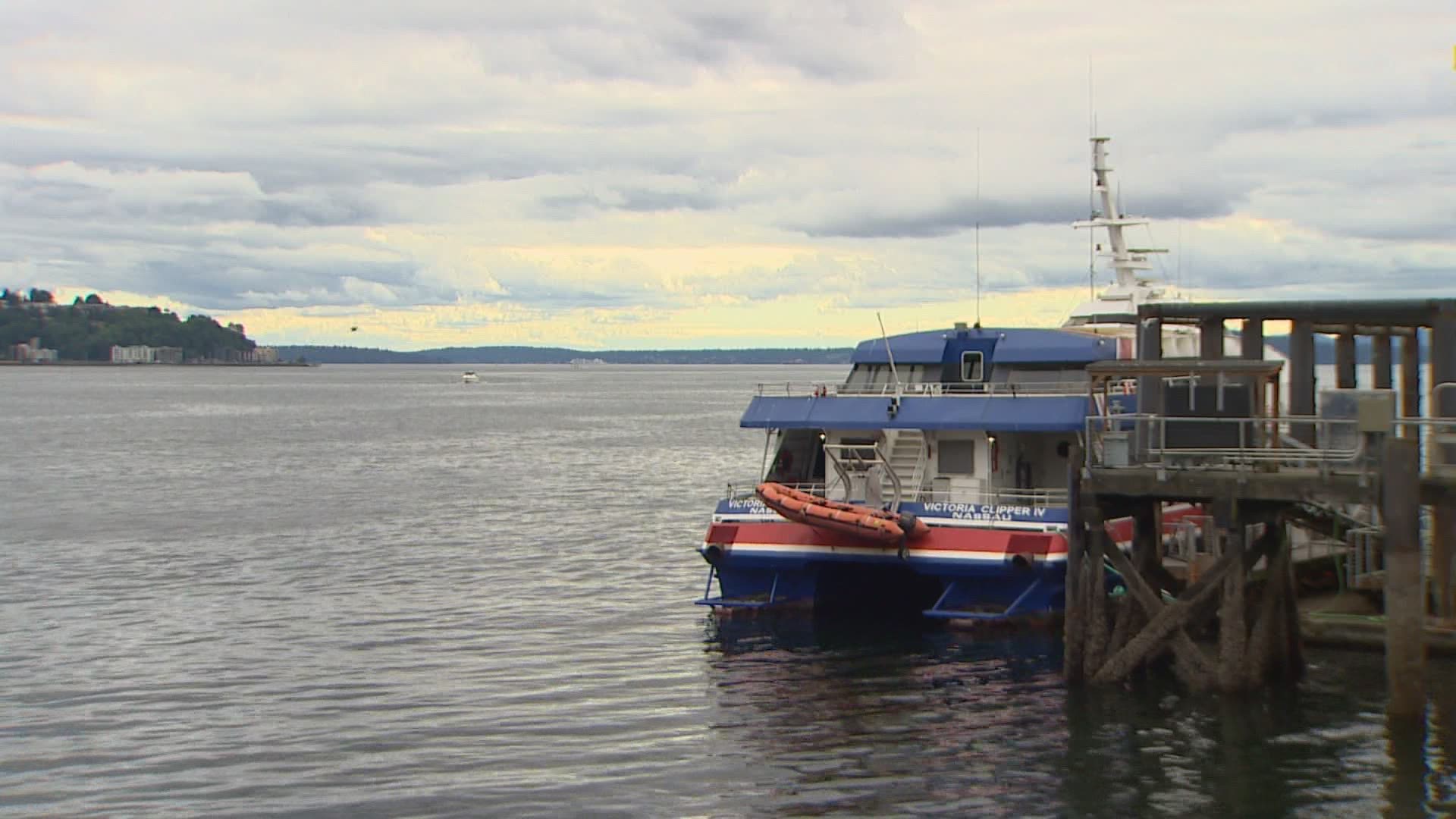 SEATTLE — The news from the Canadian government this week that non-essential travel between its border with the U.S. could resume in August for fully vaccinated Americans has some ferry travel businesses feeling cautiously optimistic at best.

The Clipper is a high-speed ferry service that takes travelers from Seattle to Victoria, British Columbia. In normal times, the service can transport about 260,000 people a year between Victoria and Seattle, according to Gudgel.

But all that came to a standstill when the pandemic hit last year.

"We elected to drop service before the border closed actually on the 17th of March, 2020," Gudgel said.

That led to laying off a staff of 200 or so, down to about 20 people. The Clipper also cut their route to Victoria completely and later offered a route from Seattle to Friday Harbor in San Juan Island in May.

RELATED: Fully vaccinated Americans can enter Canada as of mid-August

While Canadian Prime Minister Justin Trudeau's announcement was positive, Gudgel said they will wait for more clear reopening guidelines from the government next week before beginning the process of resuming operations. Gudgel said resuming services includes hiring and training staff and the recertification of their boats, which could take three to four weeks.

"There was a big caveat in the announcement, there was not a specific date," Gudgel said.

The Black Ball Ferry Line, a service that makes tours from Port Angeles to Victoria, had to stop all operations after the border closure. The service will also not make plans to resume service until a more clear reopening roadmap from the Canadian government is laid out next week, according to Black Ball Ferry Line VP of Marketing, Ryan Malane.

Gov. Jay Inslee, while speaking to the press on Friday, said he has sent a letter to the U.S. Secretary of State to urge a reopening of the border as early as possible, per health guidelines.

"One, we want to make sure this happens and second, it's very important for to allow Canadians who are vaccinated are coming to the United States as well," Inslee said.

For now, the Clipper will continue offering a route to Friday Harbor, a pivot that has helped the business stay afloat.

"We're on standby with more optimism than we had last week," Gudgel said.