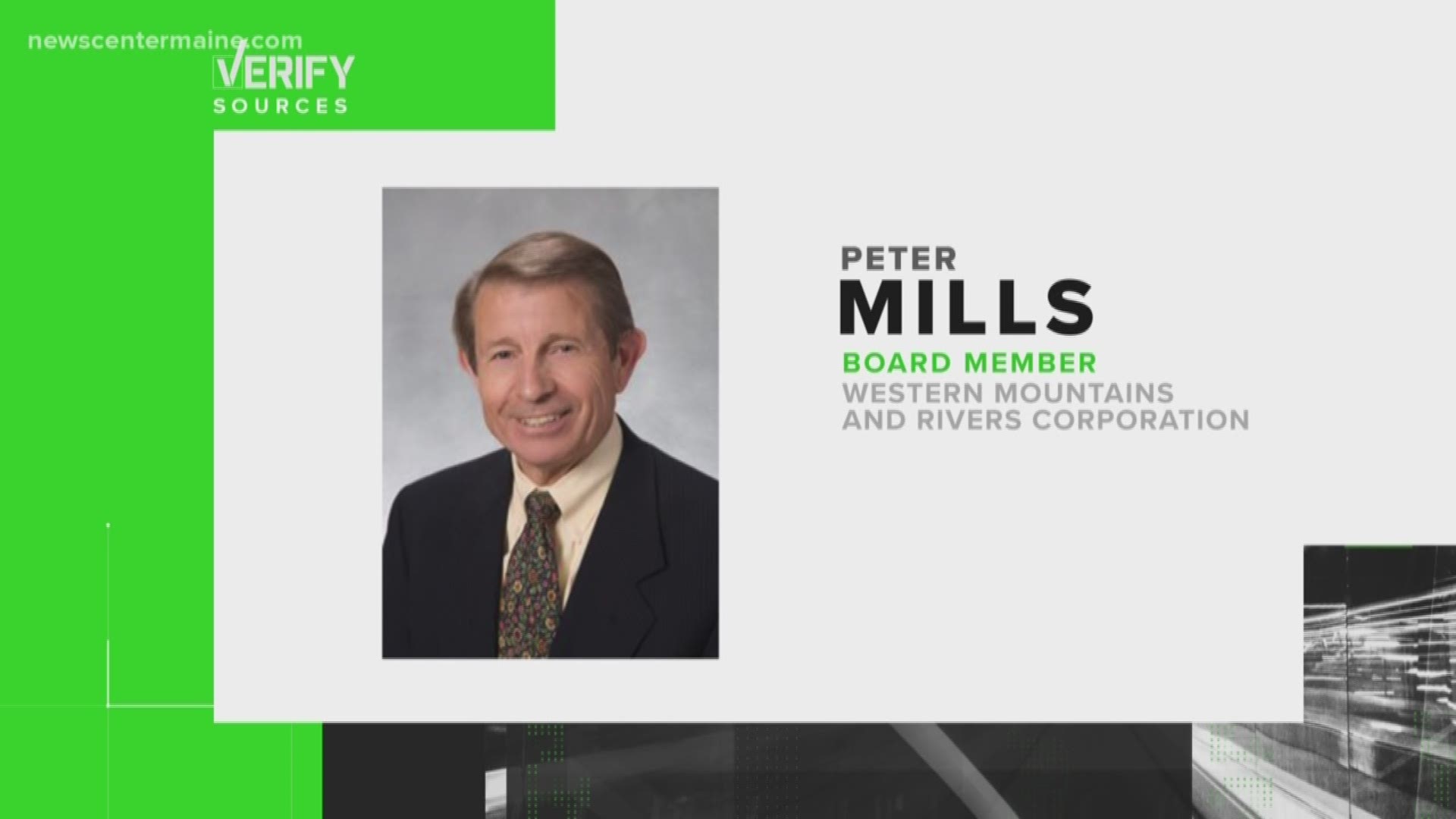 In the last year, we have been bombarded with questions and concerns surrounding the CMP transmission line project.

Most recently, some of those concerns from you at home have shifted to Governor Janet Mills' support behind the project -- more specifically, if her brother, Peter Mills, has any ties to the corridor or if he has anything to gain from it.

To verify these claims, NEWS CENTER Maine spoke with Peter Mills himself and referenced these public documents -- 'The Memorandum of Understanding between Central Maine Power Company and Western Mountains and Rivers Corporation'.

Here's what we found out.

Mills does currently sit on the board of a charitable non-profit called Western Mountains and Rivers Corporation, an organization established back in 2017.

He admits the non-profit has ties to CMP and the corridor project, but he says it's a very specific partnership.

"The purpose of the corporation was to negotiate with Central Maine Power and possibly Hydro Quebec to see to it that they would put together terms to mitigate in a public and charitable way, to mitigate for the impact of the power line if it were built." says Mills.

Public documents detail this agreement between the two entities, which includes CMP's requirement to provide $250,000 dollars to the non-profits trust fund; for start-up costs and other proceedings.

"It has been used to hire an attorney to represent the interests of the corporation in the legal proceedings before the PUC and LERK and the DEP, and in negotiating for any mitigation terms including the creation of land rights of way in the Kennebec Valley." says Mills.

So where does that rest of that money go? Mills says the agreement between CMP and the non-profit clearly shows it doesn't belong to him or anyone else on the board.

"Because it's a charitable corporation there is a sentence in it that goes like this, all the assets and income of the corporation shall be used exclusively for its charitable scientific and educational purposes and no part thereof should adhere to the benefit of any private individual." says Mills.

As critics continue to question his motives, Mills says both he and his family have nothing to hide and nothing to gain.

"If there were any truth to the idea that we were getting a personal gain out of it, that would be improper." says Mills.

When asked if being a member of WM&R's board was a conflict of interest, Mills responded:

"There is no conflict of interest. Funds received from CMP can only be used for purposes defined in the by-laws. They provide no individual benefit to the volunteers who serve on the Board. All of the information pertaining to WM&R Corp., including the charitable tax return, is publicly reported. This is not the case for the gas companies who oppose NECEC.   They are able to finance the opposition through front organizations without reporting to anyone where the money comes from."

In conclusion, here is what we were able to Verify:

If you have something you would like us to Verify, send us an email or reach out to any of our social media platforms.