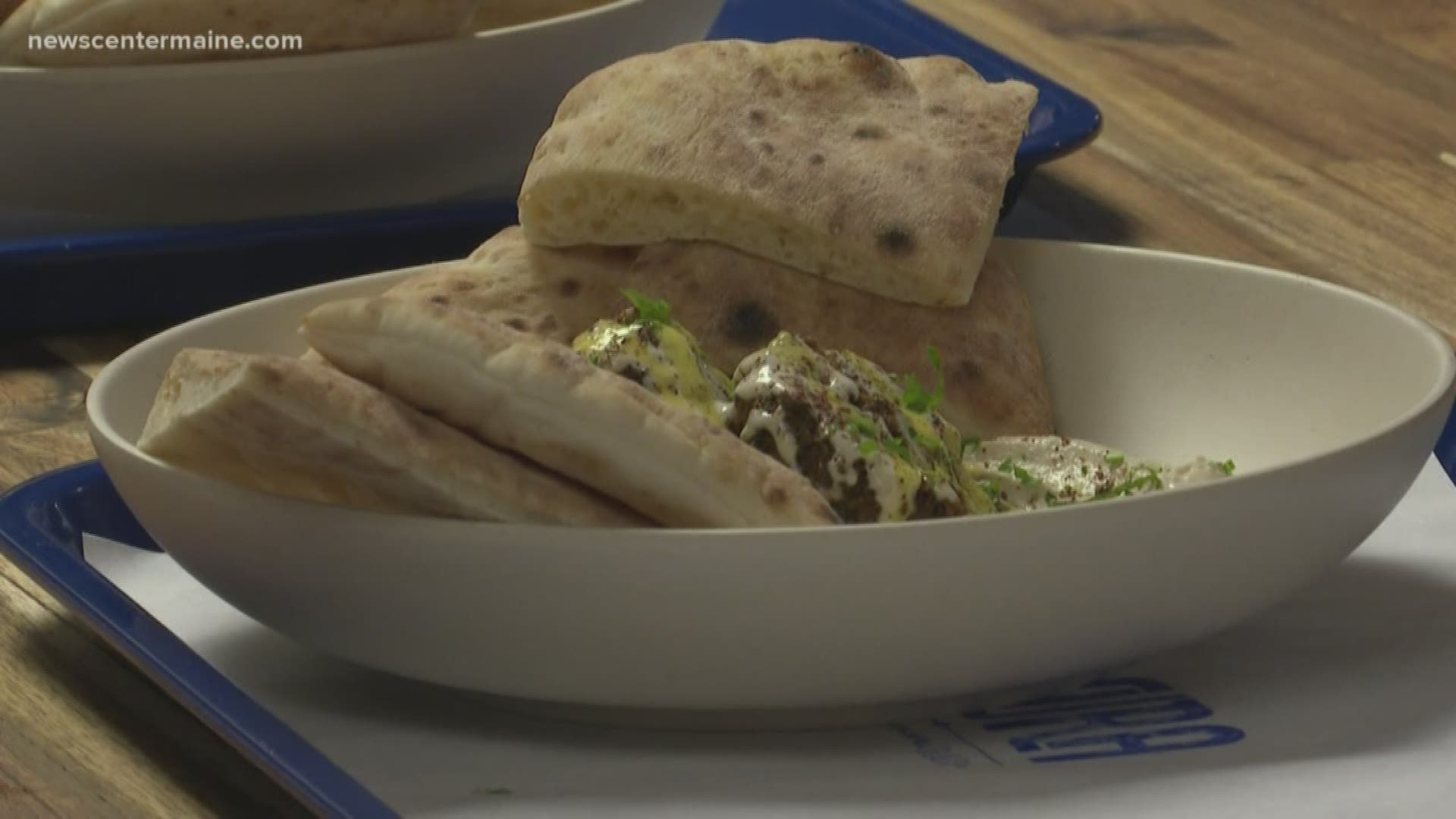 PORTLAND, Maine — In the last few years, Portland has been consistently recognized as one of the top "foodie cities" in the country.

Another major food trend of the past few years: vegetarianism and veganism.

In less than two weeks, two new vegetarian restaurants have opened in the Old Port.

Nura Hummus and Falafel Bar opened in 1 Monument Square in Portland on November 29.

Camden-area native and Nura owner Dylan Gardner and his brother Cameron grew up around the restaurant business.

"My parents both worked in the restaurant industry and we started selling falafel at local fairs and festivals," Gardner said.

Starting in the summer of 2017, Dylan and Cameron ran the food truck "Falafel Mafia," selling their famous falafel pockets on the streets of Portland or at fairs and concerts.

Dylan says Falafel Mafia developed a "cult-like" following that has carried over to the store-front restaurant, Nura.

"It has been amazing to see local Portlanders come out to support the truck and now the restaurant," Dylan said.

The Nura owner recognizes there are hundreds of restaurants in Portland, but believe his restaurant's niche is in the "fast-casual" dining sector.

"We see what competition is," Dylan said. "But we believe competition breeds excellence, so while other places are doing a similar thing, we'll just step it up every time."

On December 11, less than two weeks after Nura opened, a plant-based vegan restaurant quietly opened its doors less than half a mile away.

"Copper Branch" moved into the vacant round glass building on Middle Street, across the street from Portland's Nickelodeon Cinema.

"I really think the trend is going to more plant-based, even for the people who aren't 100% plant-based, they want to add more vegetables to their diet," Hooper said.

According to 2018 data from Gallup, 5% of Americans say they're vegetarian and 3% say they're vegan. While those percentages have not increased significantly in the last two decades, interest in vegan and vegetarian options has sky-rocketed.