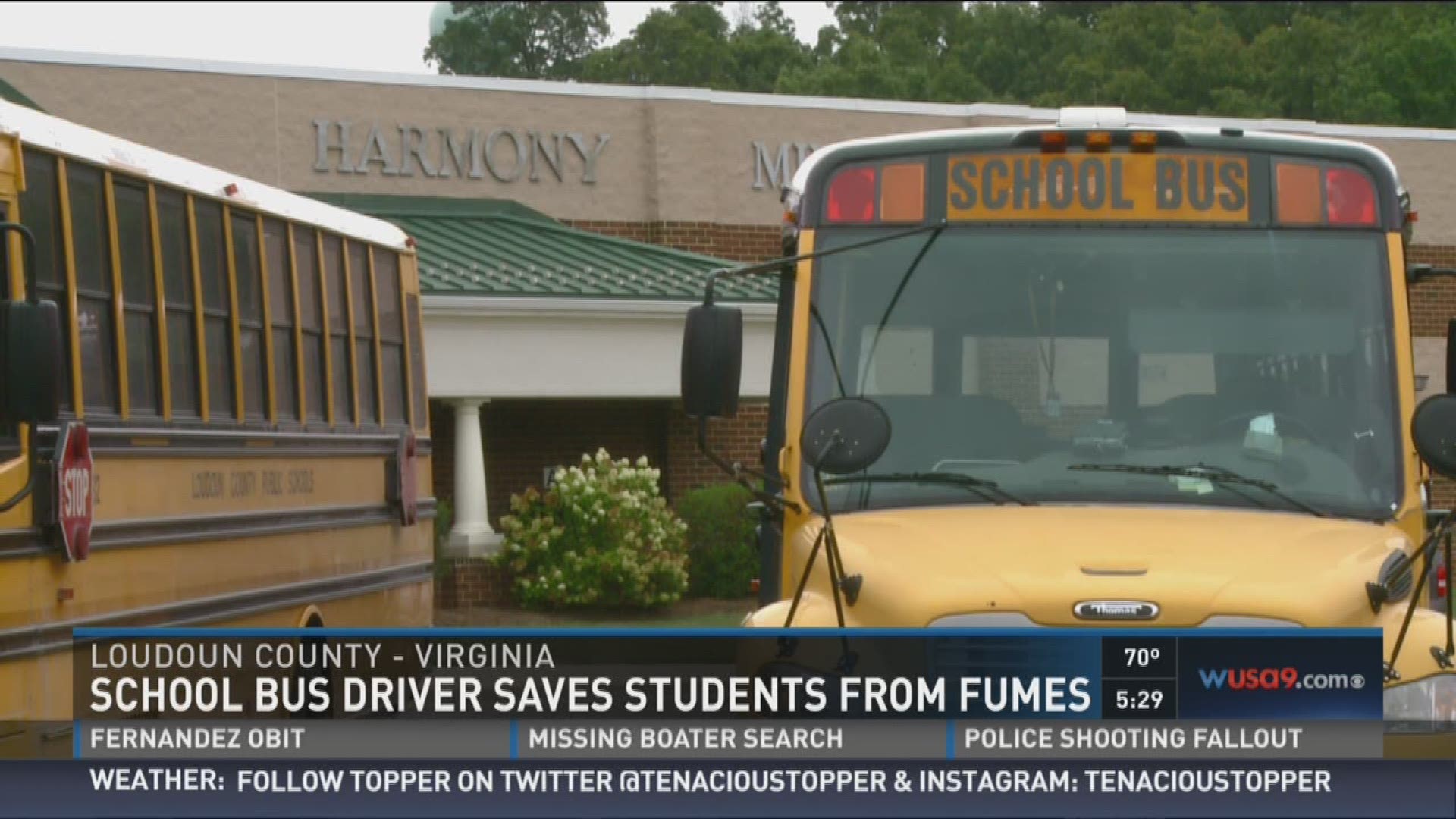 In Loudoun County, a school bus driver is being called a hero, after she helped evacuate 32 kids from a bus on Thursday, when there was a fuel line break.

Now, four days later, Michele Coates, the 14-year veteran of the school system, is gaining world-wide attention for her heroism, after her daughter posted about the incident on Reddit. As of Monday afternoon, that post has nearly 1.5 million views.

"When I try to tell the story," she said. "I do start crying. And it just went so fast that I just keep thinking about it and processing it about how we got off that bus, and how we're all safe."

According to the school system, the fuel line break was caused by typical "wear and tear," and the bus has now been taken off the streets for repairs. Of the 32 children that were on the bus, 17 were taken to the hospital on Thursday for symptoms related to the fumes, although none of the injuries were serious.

"It was a scary moment," she said. "You just realize that all these precious lives are in your hands, and you just want to make sure they're all safe."

The Reddit posting was made by Autumn Echols, the 26-year-old daughter of Coates. It showed her mother lying in the hospital room with a grin, shortly after the rescue took place.

"I just posted it to show just a few people," she told WUSA9. "To say my mom is a hero. I thought it would make her happy. I wasn't expecting that many people."

Meanwhile Coates said that she is not a hero.