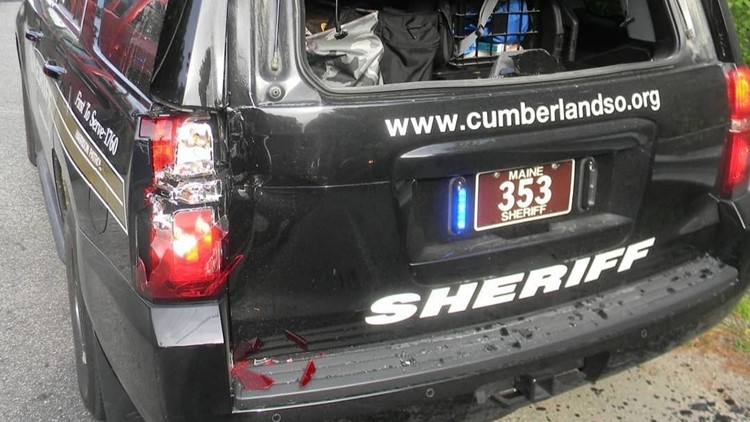 RAYMOND, Maine — A deputy's parked cruiser was hit by the door of a passing truck Thursday morning in Raymond. Fortunately, no one was injured.

According to the Cumberland County Sheriff's Office, Deputy Dan Hastings' fully marked SUV, with its emergency lights active, was stationary along Webbs Mills Road, or Route 85, while investigating an unrelated crash near the intersection of Roosevelt Trail, or U.S. Route 302.

When a utility body pickup truck attempted to pass Deputy Hastings' SUV, one of its rear doors swung open and struck the cruiser, the sheriff's office said, causing significant damage – so much so, the cruiser was put out of service.

Deputies said the pickup's door had not been properly secured.

The pickup driver, Scott Gardner, 52, of Raymond, was summonsed for operating with an expired license of more than 90 days.