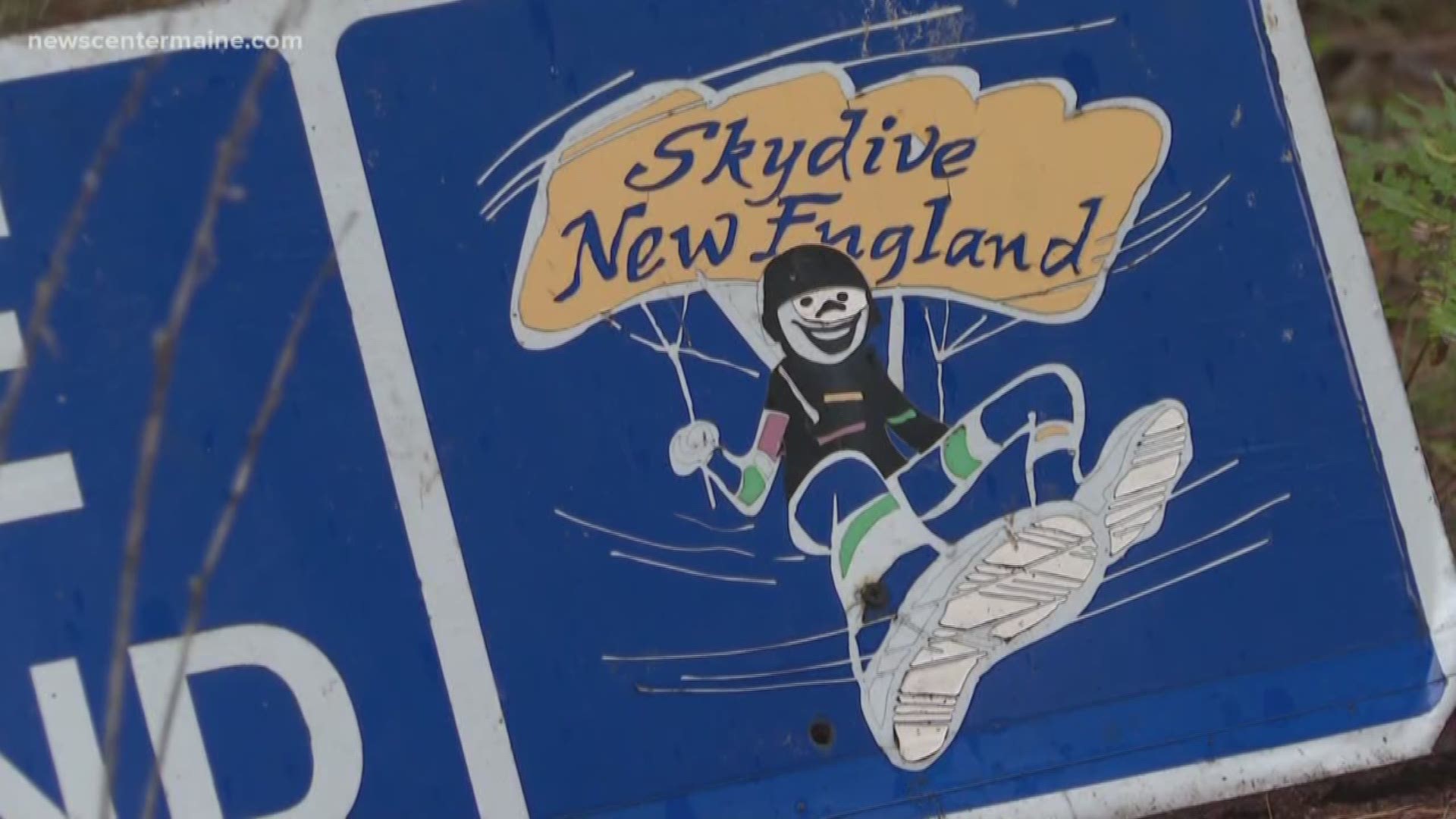 UPDATE - Searchers have recovered the body of 41-year-old Brett Bickford near the runway at the Skydive New England facility after more than 24 hours of looking for the missing skydiving instructor who industry experts believe fell out of his harness during a tandem jump on Thursday afternoon.

#BREAKING Maine Wardens have found the body of 41 yo Brett Bickford near the runway at the Skydive New England facility. #NEWSCENTERmaine

'The body of 41-year-old Brett Bickford was located moments ago by ground searchers. The search team comprised of four game wardens, a State Trooper and two members of MASAR located Bickford’s body about 750 feet southwest of the Lebanon Airport runway shortly before 5:30. The team located Bickford while completing one of the few remaining grid searches for the day. The investigation continues to determine what caused this fatal skydiving incident. The family and first responders wish to thank all those involved and who offered their support during this difficult recovery operation.'

Skydive New England wishes to extend our sincerest condolences to Brett’s family, friends and members of the skydiving community. We would like to thank the Maine Game Wardens, Maine State Police, Rescue Departments, neighbors, all volunteers and family who assisted with the search. Skydive New England will be closed Saturday, September 29th and will reopen on Sunday, September 30th.

Investigators will now try to figure out how and why Bickford may have fallen out of his harness.

In a tandem jump, the instructor and student are harnessed so that the student's back touches the instructor's chest, according to Ed Scott, executive director of the U.S. Parachute Association, a non-profit organization that issues the industry's safety standards. Scott said the instructor wears a container or pack that carries two chutes, one reserve chute, and one main chute, both packed by an FAA-certified rigger. The instructor's harness connects to the student's harness at four separate points.

Scott said the USPA was made aware of Thursday's incident, and believed that Bickford must have somehow fallen out of his harness after the chute deployed, due to the student landing safely on the ground with his harness, Bickford's harness, and the chutes.

Corporal John MacDonald with the Maine Warden Service said investigators will look at photo and video evidence from the jump, as well as the harnesses, to try to figure out how, where, and when Bickford fell out.

”That’s going to be a critical piece for us for experts to look at that equipment and see what happened," said Cpl. MacDonald.

55 people and 10 K-9 teams searched the wooded area near the Lebanon airport Friday. The FAA is also now involved in the investigation. Wardens did not say if the student was a first-time jumper or his identity, nor did they say what he told them about the incident.

LEBANON (NEWS CENTER Maine) — The search continues for a missing skydiving instructor, who officials identified Friday as Brett Bickford of Rochester, N.H., after the student with whom he was tandem skydiving landed safely without him.

By Friday morning, the search for the 41-year-old skydiving instructor had turned into a recovery mission because authorities said they did not believe he could have survived the fall they presume he took.

Jim Crouch, Director of Safety and Training for United States Parachute Association (USPA), said in an email that Thursday's accident was "very strange."

Maine's Public Safety Department spokesperson, Steve McCausland, said the instructor "fell shortly after jumping out of the plane" with his student partner. Both men were involved in a tandem jump, the spokesperson said, which means they both jumped together and with the same parachute.

The student landed in a designated location at about 2 p.m Thursday, and the search for Bickford began shortly thereafter by foot and by air.

”It’s fairly thick cover where we are searching," said Cpl .John MacDonald of the Maine Warden Service. "It’s wooded. There [are] some swampy areas with waters and those type of things, so that’s what we’re dealing with. This is a very tragic incident unfortunately and so we are trying to manage that and hopefully can bring some closure fairly quickly."

Back in 2002, a 24-year-old woman from Texas died during a skydive at the same Skydive New England location in Lebanon. Police said the woman was trying to avoid power lines and pulled her chute too quickly. The experienced skydiver plummeted to the ground at around 30 to 40 miles per hour.

Skydive New England has been operating in southern Maine since 1984, according to its website.

Skydive New England has multiple locations in Massachusetts, New Hampshire, and Maine and is a member of the United States Parachute Association (USPA).

The Federal Aviation Administration regulates skydiving, but the USPA disseminates industry safety standards. USPA receives accident reports, and according to its policy, all reports are studied and printed in the publication Parachutist before being destroyed.

USPA only keeps a brief synopsis of accidents, and does not keep the names of those involved or locations. In 2017, USPA recorded 24 fatal skydive accidents out of more than 3.2 million jumps, which is an average of 1 death per 133,571 jumps.

Tandem skydiving has an even higher safety rate; over the last ten years, the average is one student fatality for every 500,000 tandem jumps.

The FAA and USPA rely on self-regulation of those within the skydiving community for most of the training and operational requirements they are supposed to complete.