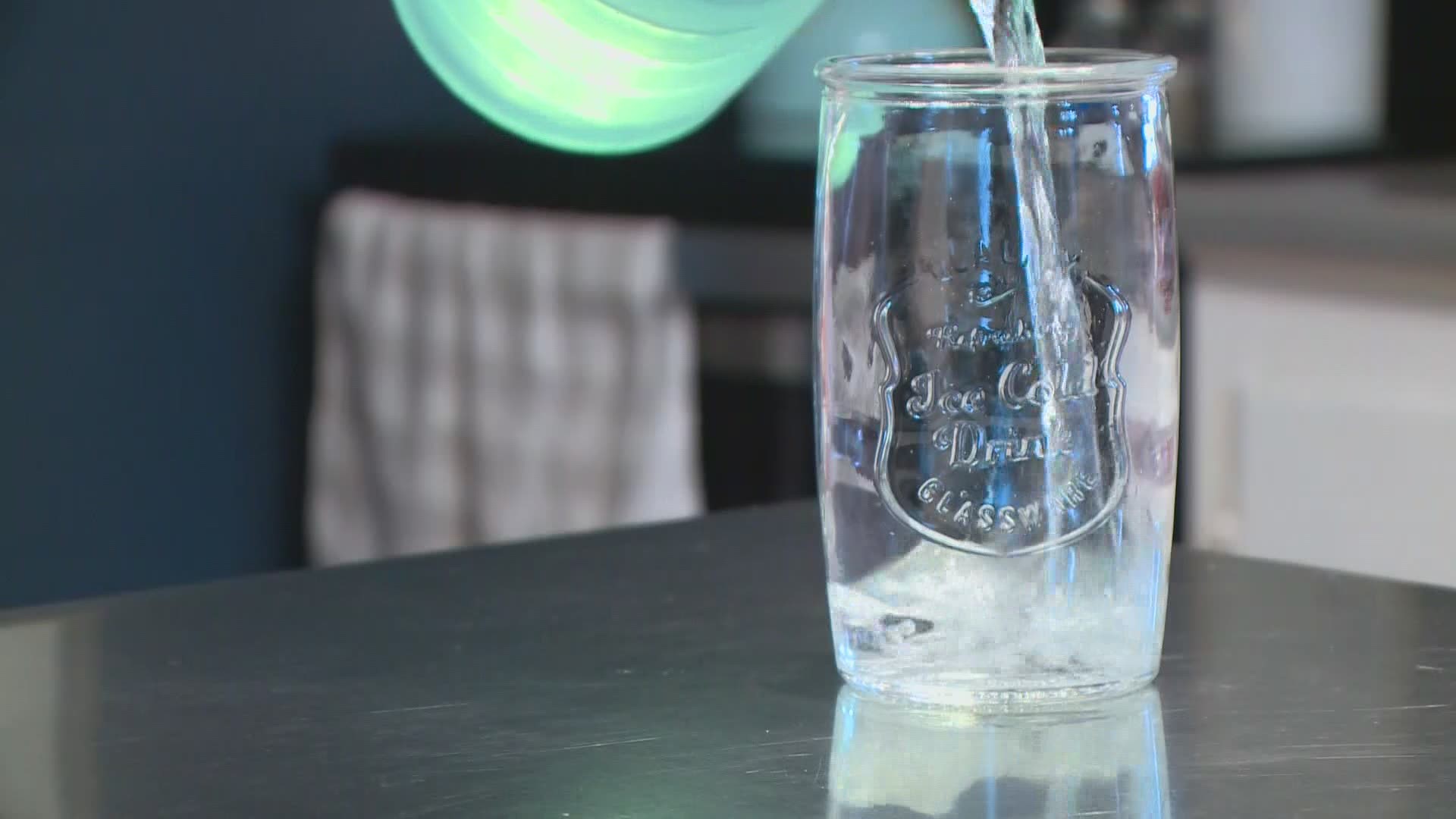 The Somerset County town of Fairfield remains at the center of the largest state investigation into so-called "forever chemicals."

PFAS compounds are a class of industrial chemicals found in a number of household products. But they don't naturally break down and there's no known way to destroy them.

Regulators say the chemicals were in wastewater sludge, legally used as farm fertilizer, that leached into the groundwater for decades.

In Fairfield, 63 wells have tested above the U.S. Department of Environmental Protection Agency's (EPA) safe advisory limit. But the number of tainted wells is growing. Unsafe PFAS levels are also showing up in communities just east southwest of Fairfield.

Residents say they are trapped in a toxic nightmare they can't wake up from. EPA investigators want to know whether the PFAS contamination is isolated to this area in Somerset County or is a much larger state-wide problem.

Penny Harkins and Bruce Harrington of Fairfield are talking about the same thing federal health officials are saying—that there is growing evidence linking PFAS or forever chemicals to numerous health problems, from organ cancers to kidney dysfunction.

"They have hurt us and our children and our animals," Penny said.

Bruce said, "What they did they gave us all basically a death sentence."

"It's awful to see a loved one decline when they shouldn't have to," Sue said.

Nathan Saunders also lives on Howe Road. He believes his wife's kidney failure is connected to being exposed to high levels of PFAS for decades.

These residents are reeling from the discovery late last year of high levels of industrial chemicals, known as PFAS, in their private wells. Samples were conducted months after the compounds were first discovered in milk from the 500-acre Tozier Dairy Farm a year ago. The farm's milk was pulled from the shelves and beef production halted.

Cathy and Bruce Harrington, who bought their home more than 30 years ago, feel blindsided.

"I have been feeding myself poison and I am angry," Cathy said.

Cathy and Bruce have three children and 14 grandchildren.

"They all live in the neighborhood and they love to come to grams—I have Grammy days," Cathy said.

The kids eat vegetables right out of the garden, play in the dirt and guzzle down big glasses of water on hot days. They practically live in the couple's swimming pool. But now, those precious memories turn her stomach.

"The grandkids swim in that pool every summer and we fill it from the well, not knowing that was contaminated water they were swimming in every year," she said.

Next door, Ashley Gooldrup and her fiancé, Troy Reny, had big plans for their first home, located on six acres.

"I am supposed to be getting married on this property next year," Ashley said.

Now those dreams are shattered by a toxic nightmare coming from the couple’s well.

'We don't want to be sitting on something that can give you cancer, [that can] cause you to have birth defects," she said.

The industrial compounds are in household goods such as carpets and furniture, as well as firefighting foam.

The chemicals are known as "forever chemicals" because they take years to break down in the body and in the environment.

The EPA says wastewater sludge spread as fertilizer on the farm’s fields is the source of the contamination. A number of impacted residents live next to or near the farm. Stormwater run-off from the fields often ends up in their yards.

Dr. Rainer Lohman, an environmental scientist and the director of the Superfund Research Center at the University of Rhode Island, said that with rainfall, the compounds are slowly released into several feet of the topsoil over time.

"They will slowly trickle into the soil, and then move further down and eventually reach the groundwater, which will then be pumped up by someone for drinking purposes," Lohman said.

The state-approved practice of using sludge as fertilizer on the 10th generation farm began in the late '70s lasting until 2015. Sue Otis remembers the smell when it was first dumped on fields near her backyard.

"With the toilet paper flying, it would sit there and rot, and then they would spread it," Otis said.

Recently, Sue and dozens of Fairfield residents who have high levels of these chemicals in their drinking water voiced their anger and concerns about the exposure.

Nathan Saunders, who also lives near Cathy and Sue, filed a class-action lawsuit alleging that Sappi North America's Somerset Mill in Skowhegan was the source of the contamination. Sappi strongly denies the allegation.

The Department of Environmental Protection (DEP) says the sludge came from the Kennebec Sanitary Treatment District. It collected industrial waste from the Huhtamaki paper packaging mill in Waterville. Soil Prep Incorporated, a fertilizer processing plant located in Plymouth, also spread biosolids on some fields. DEP officials say both companies were in compliance with state permits when the sludge was applied.

Speaking on a video call before the Board of Environmental Protection last month, David Burns, director of remediation and waste management for DEP said, "the treatment plants they didn't know this was here, people in Maine didn't know this was in the products they were using."

Regulators are focusing instead on identifying the extent of contamination. Besides Fairfield, investigators recently collected samples from nearly 50 private wells nearby Benton and Unity Township. 19 wells have levels above the EPA's safe advisory limit to the sum of 5 PFAS chemicals including PFOA and PFOS.

According to David Madore, the DEP's deputy commissioner, regulators are looking at other communities as well.

"Testing near the Fairfield town line is leading DEP to test wells at homes in neighboring Oakland. The DEP plans to expand PFAS testing to other communities as sites continue to be prioritized according to a risk-based system,” Madore said in a statement.

Back in the ‘80s and ‘90s, several hundred sites throughout Maine were licensed to receive sludge, but only a handful remain.

The DEP is installing systems with activated carbon filters, considered the most effective in removing PFAS, in affected homes. Tests show the costly systems are removing the compounds, below the safe limit in nearly two dozen wells so far. More are being installed every week.

Several weeks ago, Fairfield town officials took the first step towards expanding public water along the Route 201 corridor which would include residents impacted by PFAS contamination. The town is looking for ways to pay for it including loans and grant money, and hopefully not be a burden on taxpayers.

"One section at a time we can try to ensure that clean drinking water is available to everyone who needs it," Michelle Flewelling, the Fairfield town manager said.

But back on Howe Road, there is clean water thanks to the filtration systems, but residents say that still doesn't go far enough. They want their soil tested and worry if their homes are contaminated as well.

Cathy and her husband have elevated levels of PFAS in their blood. They hope to get all of their family members tested. But doctors, meanwhile, have no answers as to the long-term impact on their health.

"So basically, we are left with the stress of the poisons running through our whole bodies," Cathy said.

Click here for information about the DEP investigation into PFAS in private wells.

The town of Fairfield is providing free bottled water to residents if their wells tests above the EPA's safe limit. For more information and other resources, click here.