A corner of Marcotte Park Playground-Ball Field in Lewiston will now be called Jude's Park. It honors Jude Libby, the son of State Senator Nate Libby (D-21), who has cerebral palsy and is wheelchair bound. A ribbon-cutting ceremony was held Wednesday. 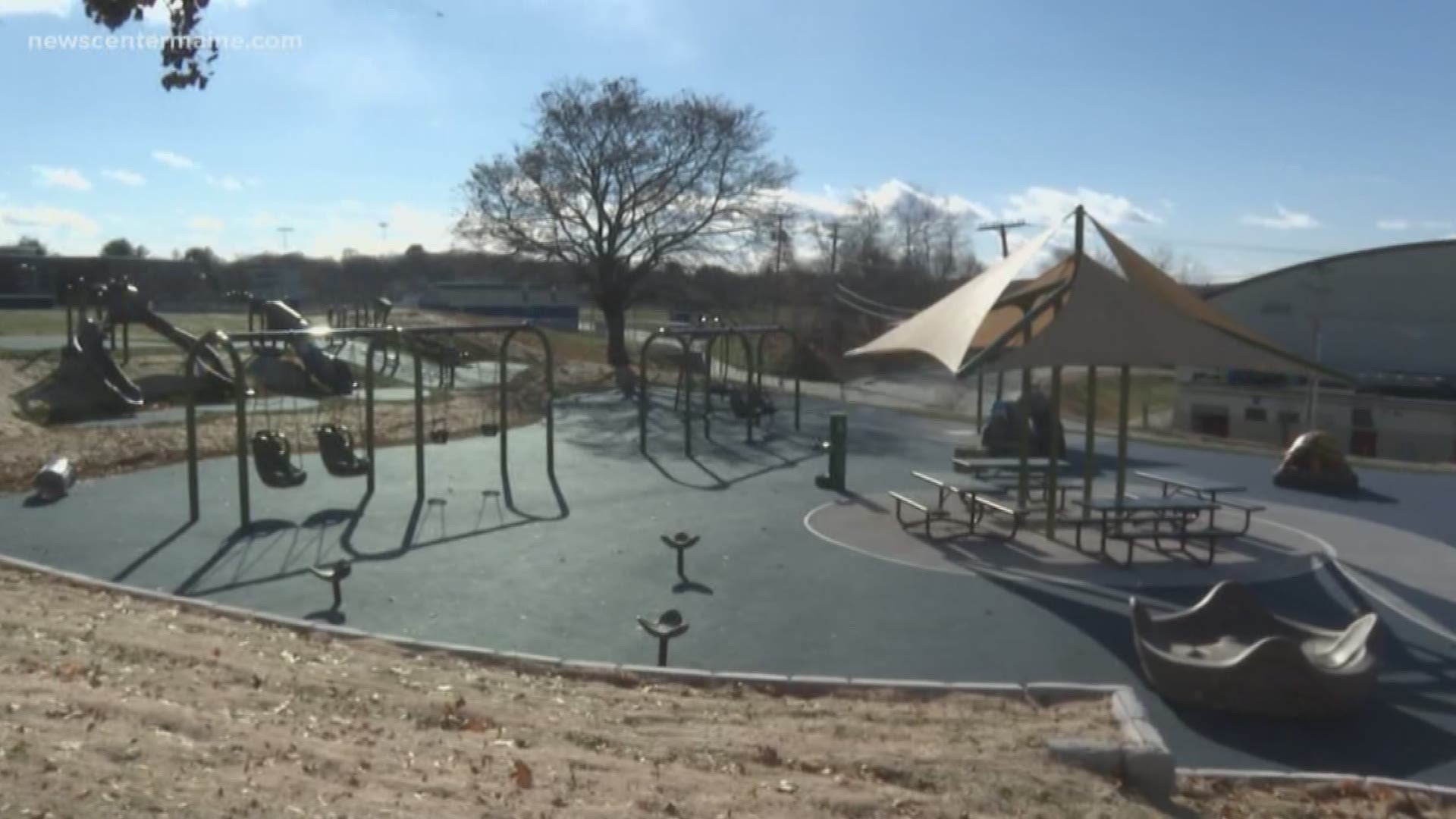 LEWISTON, Maine (NEWS CENTER Maine) -- Years worth of planning and fundraising have resulted in Lewiston's newest playground, designed for all children. A corner of Marcotte Park Playground-Ball Field will now be called Jude's Park. It honors Jude Libby, the son of State Senator Nate Libby (D-21), who has cerebral palsy and is wheelchair bound. Jude had the ceremonial first swing on equipment designed specifically for children in wheelchairs.

"Jude has been the inspiration for me to be a volunteer on this project for the last several years," said Senator Libby, who was privileged to push his son on the swing during the ribbon cutting ceremony. "It’s a humbling honor. I still can’t quite believe it’s happened, but for our family it’s a very special tribute."

Even though some of the equipment is designed for children with disabilities, the playground is inclusive for all kids to use. The facility is the first of its kind in Maine, according to Libby.

The park was paid for in a combination of different fundraising stages. Local businesses and grants contributed and the Lewiston Community Development Block Program covered some of the cost.

►Disney helps state of the art playground come to Lewiston

For many children, the park will provide experiences many have never had before.