UNE received a $30 million grant from the Harold Alfond Foundation to support the construction of a new health sciences facility. 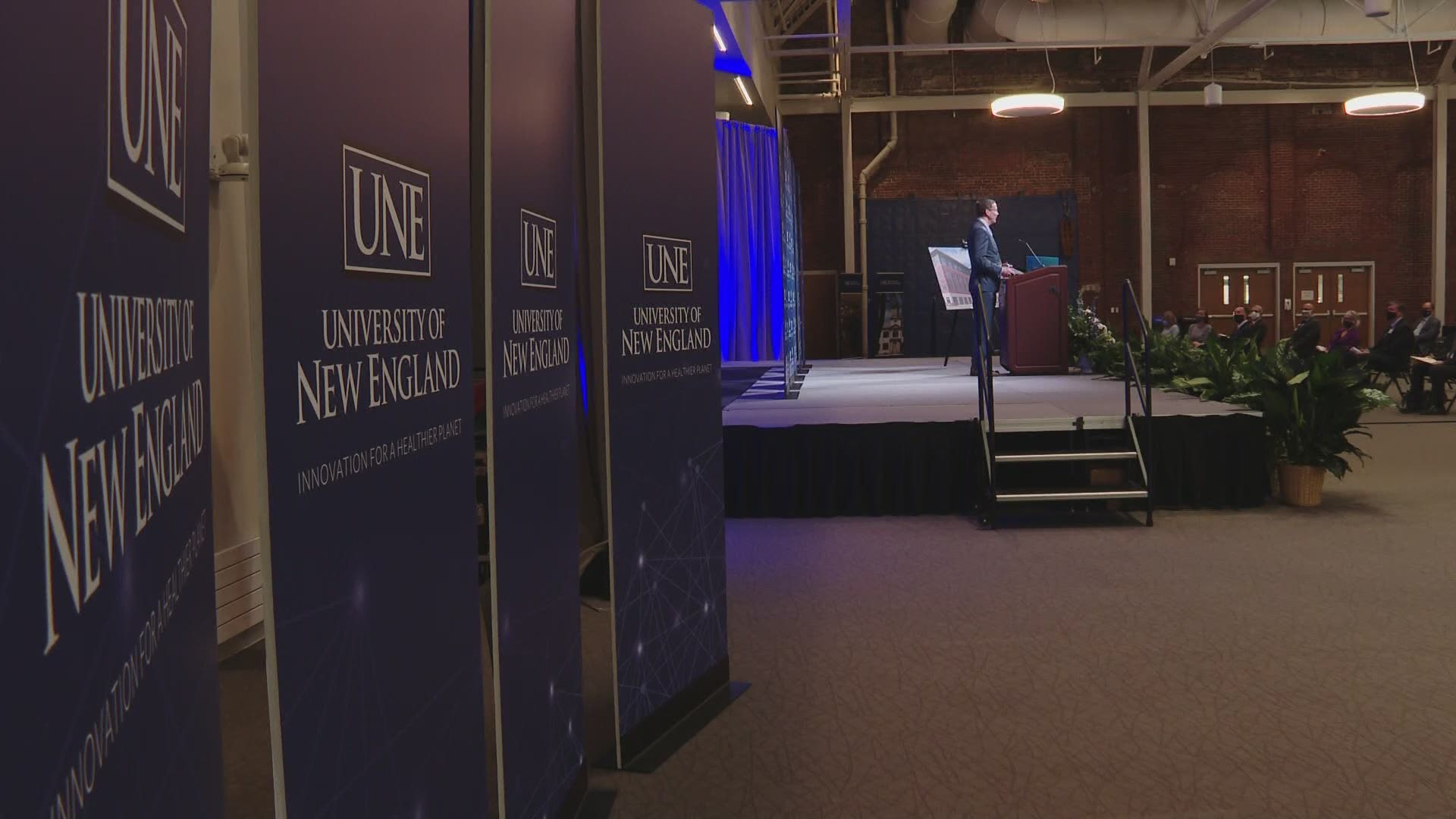 PORTLAND, Maine — The Harold Alfond Foundation announced last week more than $500 million dollars of new grant investments in Maine institutions to help grow the state’s workforce and economy and support quality health care, including a $240 million grant to the University of Maine System. The gift from the Harold Alfond Foundation is its largest financial gift ever.

On Tuesday, the University of New England (UNE) announced it was also receiving a gift from the Harold Alfond Foundation to support the construction of a new health sciences facility.

Among other things, the $30 million grant will go towards the relocation of their Osteopathic Medicine program from the Biddeford campus to the Portland campus. The University says this transformation is important to keep pace in this rapidly changing world.

“By moving the medical College to Portland, we can repurpose the space vacated by the college to grow these programs to meet student demands and workforce needs,” UNE President James Herbert said.

I am profoundly grateful to the Harold Alfond Foundation not only for this latest gift of $30 million, but for its history of supporting @unetweets. This extraordinary gift will jump-start the transformation of UNE’s campuses and academic programs. pic.twitter.com/2QPMZn8yUM

The grant was announced Tuesday at an event on UNE’s Portland campus at Innovation Hall. Herbert along with Harold Alfond Foundation Chairman Greg Powell, Portland Mayor Kate Snyder, Biddeford Mayor Alan Casavant, and representatives from several of Maine’s major hospitals were there to share the news.

“This transformational $500 million gift to Maine’s colleges and universities and their community partners will provide a tremendous boost to science and technology programs throughout Maine and will ensure our state remains a leader in cutting-edge research,” Collins said in a statement last week. “[Last Tuesday], I spoke with UMaine President Ferrini-Mundy about how these grants will allow the university system to continue to build on the world-class education they provide to students. I applaud the Alfond Foundation for this exciting investment in Maine’s institutions of higher education, our young people, and our state’s future.”

Construction and relocation will begin in spring 2022 with targeted completion in the fall of 2023.