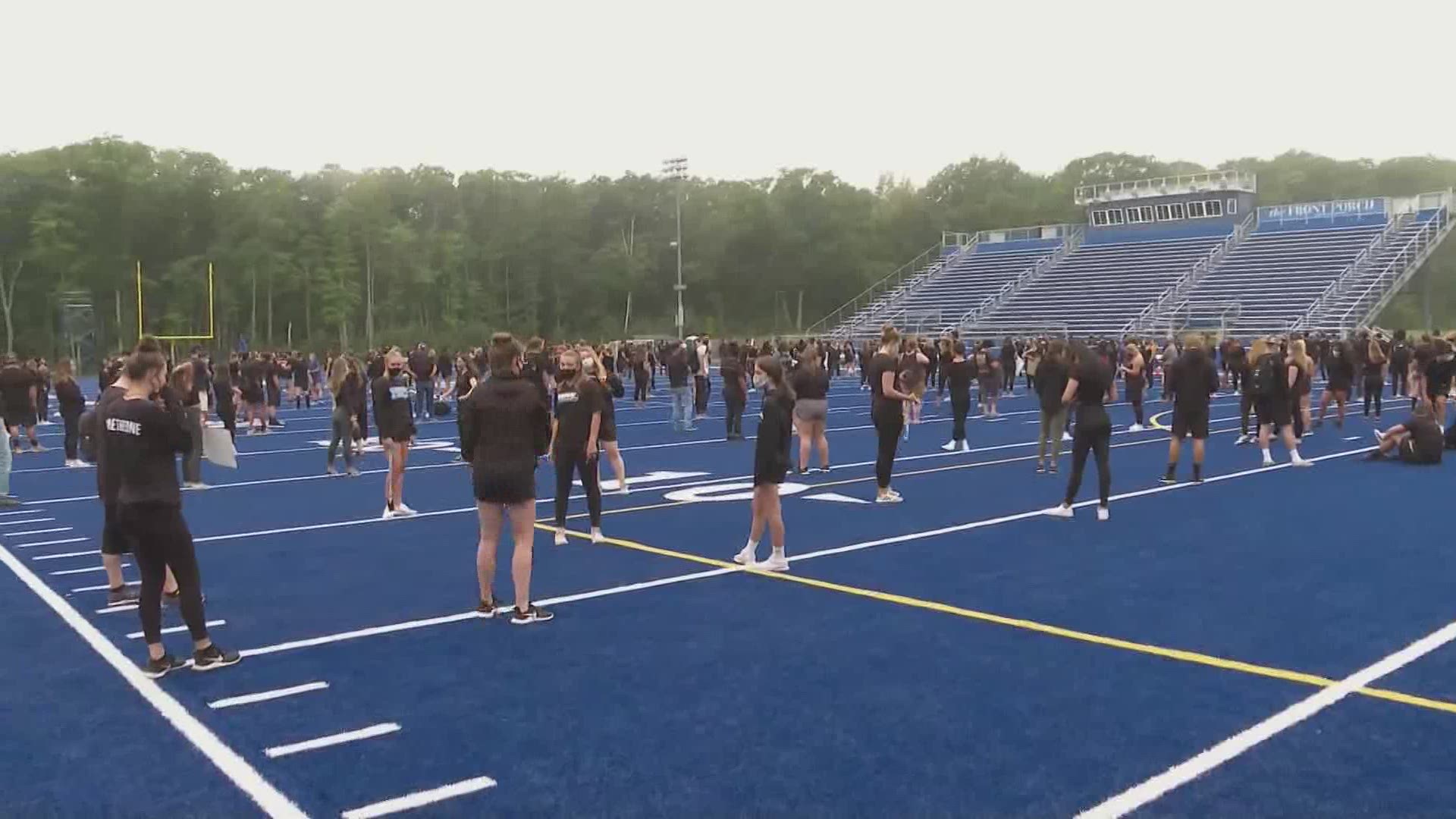 BIDDEFORD, Maine — Football players from the University of New England (UNE) are following the lead of countless athletes across the country who are using their platform to amplify cries for racial justice and speak out against police brutality in America.

Two weeks ago, the UNE Athletics Department issued a statement of "unwavering support" for student-athletes to advocate for change through civil and peaceful protest.

"As educators at our core, we are committed to helping our student-athletes develop, beyond the arena of competition, as critical thinkers and as compassionate human beings," the Department wrote.

One day last week, a couple of football players did just that and sat out of a practice in civil protest. UNE Head Coach Mike Lichten was supportive of the players, and instead of practicing that day, they took time to talk and reflect on recent events.

UNE Athletics statement on civic engagement, in support for our student-athletes #WeAreUNE https://t.co/nNaSbvAPVX

With the full support of the university and their coaches, football players began to plan a series of demonstrations on campus to call attention to the racial issues plaguing the country, including a "Black Lives Matter" march Wednesday afternoon on campus.

“I love the support," football player Cobey Johnson said. "[It] makes us really understand that, or know that the community is behind us on this and that they are open to these issues and I think that’s the biggest thing, is having a conversation.”

An estimated 450 students gathered around 3:30 p.m. on Wednesday at Blue Storm Stadium for the march, with UNE President James Herbert joining the students in the demonstration. Organizers ensured social distancing as they held a moment of silence on the field for those who have died because of police brutality.

Carrying signs, they walked through campus, eventually making their way back to the football stadium.

“I am incredibly proud of our UNE students, who organized this grassroots march, and who showed up in strong numbers to demonstrate their commitment to anti-racism, introspection, and dialogue around issues of social and economic justice," President Herbert told NEWS CENTER Maine.

The players hope to hold more anti-racism and diversity demonstrations and events on campus to raise their voices and continue the conservation of racism and police brutality in America.

One of the organizers, Julian Connerton, said, “I feel like everyone has a different reason to be here right now. Whether it’s they don’t understand or they have witnessed or been in a situation where there is police brutality or unnecessary use of force by a police officer, or they’re just here to get familiar and be a part of a movement.”