UMaine looks to get more girls in STEM

On Tuesday at the University of Maine, more than 300 girls from across the state participated in Expanding Your Horizons, to learn about STEM careers. 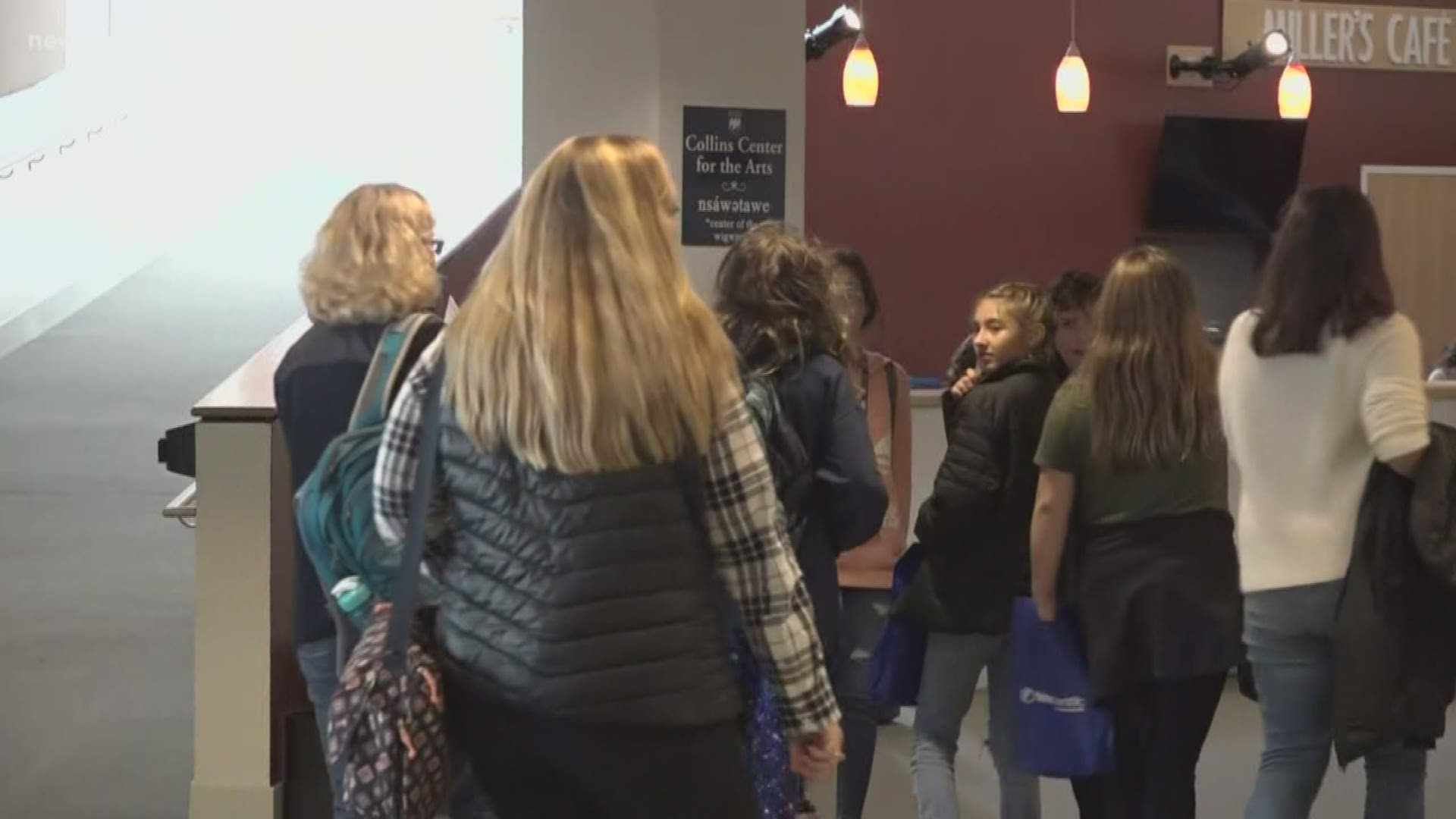 ORONO, Maine — Only about a quarter of employees in science, engineering, technology and math (STEM) are women.

That's why many people are trying to get young girls excited about science early.

Tuesday at the University of Maine, the Cooperative Extension hosted more than three hundred young girls.

They were given the opportunity to learn from and be inspired by other female scientists.

Many of the girls now say they want a career in science.

"It was quite the experience. I've never done anything like this it was really fun and we got to interact with a lot of things and do a lot of things that I never would have considered during school," seventh-grader, Marin Griffin said.

"It was very inspiring to see and hear about a bunch of different people's stories and how they were told no they can't do that and now they're here and it was really amazing," fellow seventh-grader, Sophia Ward added.

Organizers say every year at the end of this event, more and more girls are interested in STEM-related careers.

RELATED: Christa McAuliffe to be commemorated with silver dollar coin

RELATED: For a UMaine professor, the trip of a lifetime turned into a nightmarehttps://www.youtube.com/watch?v=dVDhydJPlwM