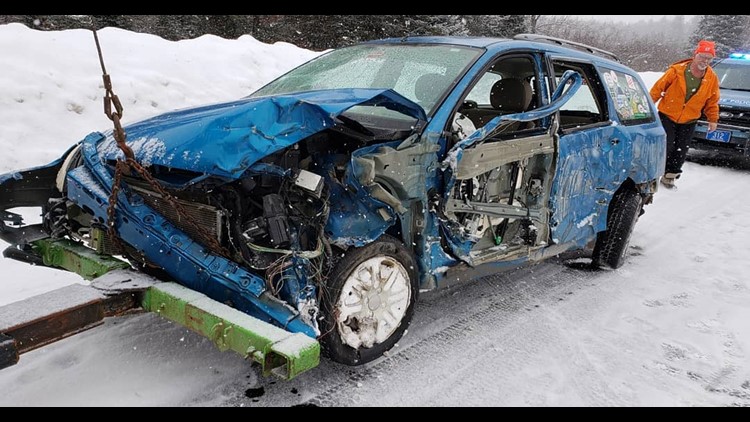 Eighteen-year-old Nathaniel Smith was driving with a 16-year-old passenger when police say he became distracted and crossed into oncoming traffic in New Vineyard on Route 27.

The driver of the tractor-trailer was not injured. Police say both vehicles were towed.