A driver and a passenger are being treated for serious injuries after crashing into a tree late Friday night. 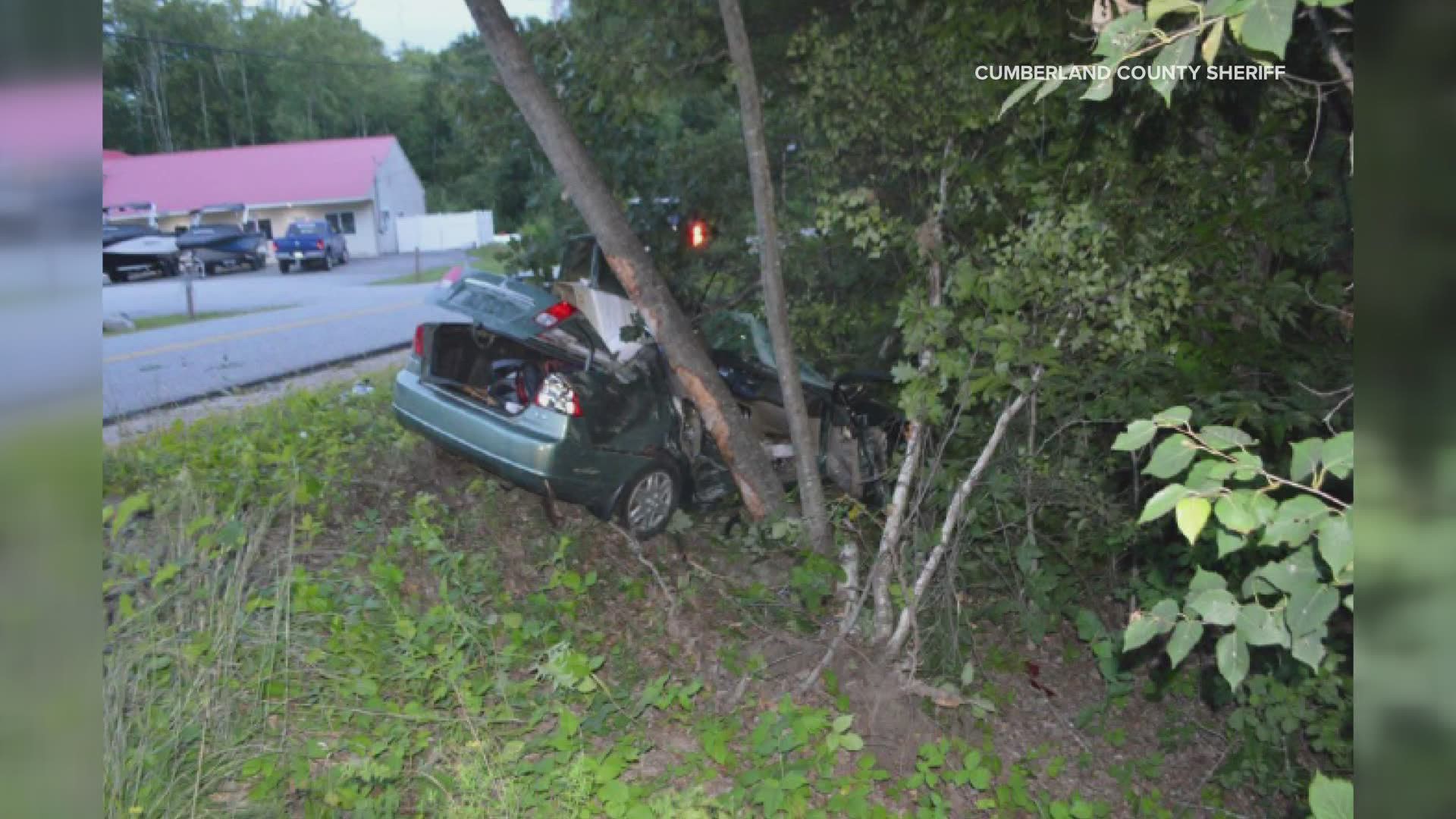 NAPLES, Maine — A driver and a passenger are being treated for serious injuries after crashing into a tree late last night.

Emergency crews found the 2003 honda civic off Kansas Road in Naples just before midnight on Friday.

The driver, 20-year-old Jordan Scarpa of Raymond, was driving westbound on Roosevelt Trail and had just taken a right turn onto Kansas Road.

Officials say, due to excessive speed during the turn, she lost control of the vehicle and went off the road into a tree.

Both were initially transported to Bridgton Hospital before being transferred to Central Maine Medical Center via helicopter.

RELATED: Maine motorcyclist flown to hospital after collision with car