The worker, who the company declined to identify, tested positive for the coronavirus on Friday. 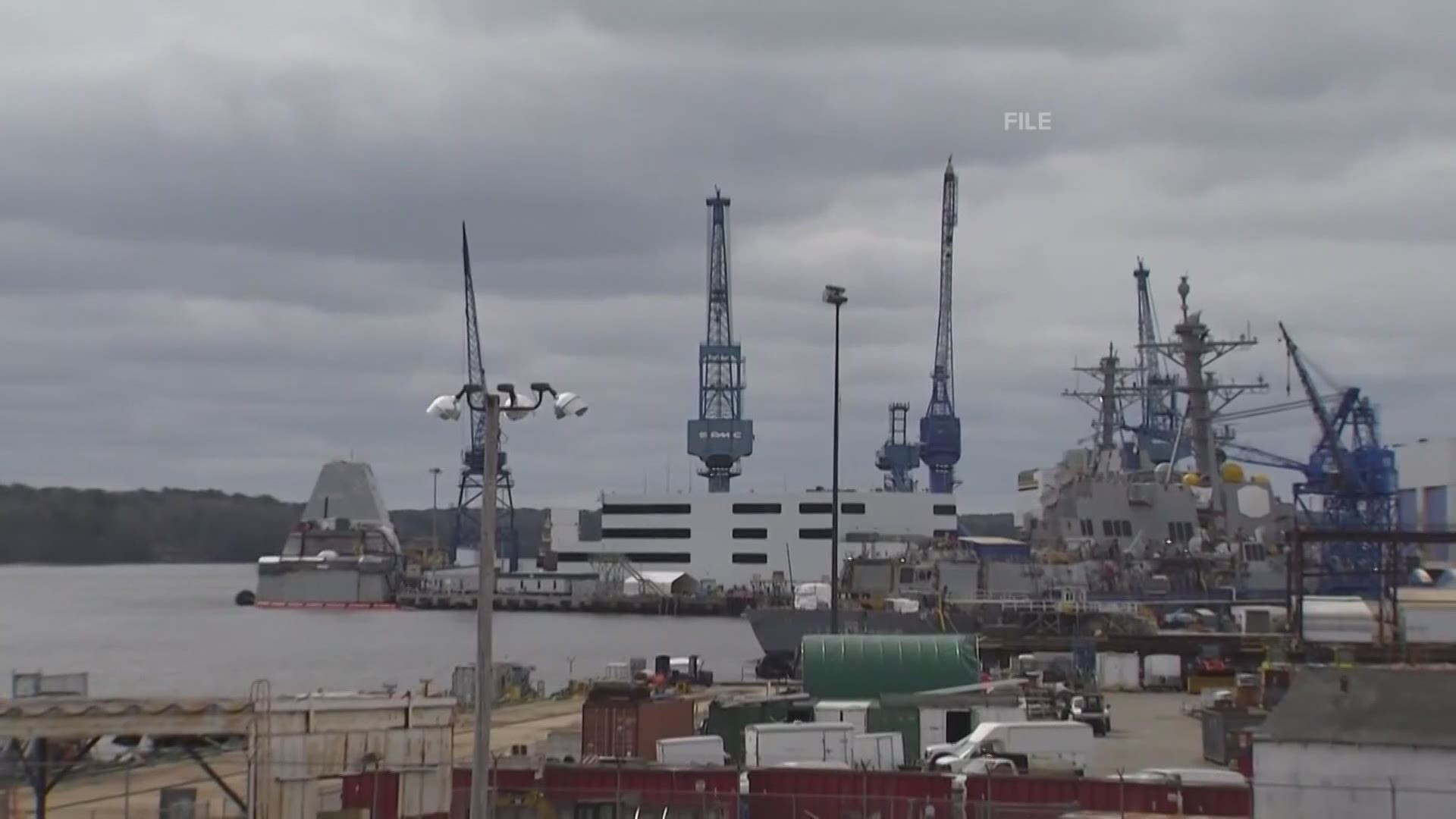 BATH, Maine — A subcontractor who last worked at Bath Iron Works (BIW) on Friday has tested positive for COVID-19, the company announced Monday.

The announcement came on the same day that federal mediators first met with representatives of the company and its largest union to attempt to negotiate a contract amid a strike underway for nearly two months.

BIW notified employees Monday that a contractor who last worked at one of the company's facilities on Friday had tested positive for COVID-19.

The employee began working at BIW before the end of their 14-day incubation period, according to a post on the company's website. The company declined to release any additional information about the person but said contact tracing was taking place.

According to the post, the case was identified within a 14-day incubation period following the subcontractor's testing for COVID-19.

BIW must certify that all contracted employees test negative within the 72 hours before arriving, the company states, and contractors are required to answer screening questions and be temperature-tested daily for the first 14-days after they arrive.

But if the employee starts working at BIW before the end of their 14-day incubation period, they are subject to follow-up testing—and that testing identified the current case.

Also on Tuesday, leaders of BIW's largest union, Local S6 of the Machinists' Union, announced that after working late into Monday night, the union and company representatives had reached agreement on two articles, and would meet again Tuesday.

According to the post, "[T]he union was able to gain the ability to jointly develop merit raise criteria."

The parties selected two articles "both parties believed we could reasonably get through, and with assistance from the mediation team, we did," the post stated.

Hench responded to a request for comment by referring to a statement issued Tuesday by the U.S. Federal Mediation & Conciliation Service, the federal mediators working with negotiators:

"Representatives from Bath Iron Works and International Association of Machinists Local S6 are meeting with FMCS assistance this week to continue their negotiations. Though FMCS cannot comment on the substance or status of their specific negotiations, FMCS mediators are working with these parties to resolve the issues that divide them. Two articles were agreed to by the parties yesterday as talks continue."

Representatives of Local S6 did not immediately respond to NEWS CENTER Maine's requests for comment.