The City of Bangor is looking for members of the community to answer surveys about the Community Connector. 130 miles south, Portland will be voting on a potential price increase for surrounding towns. 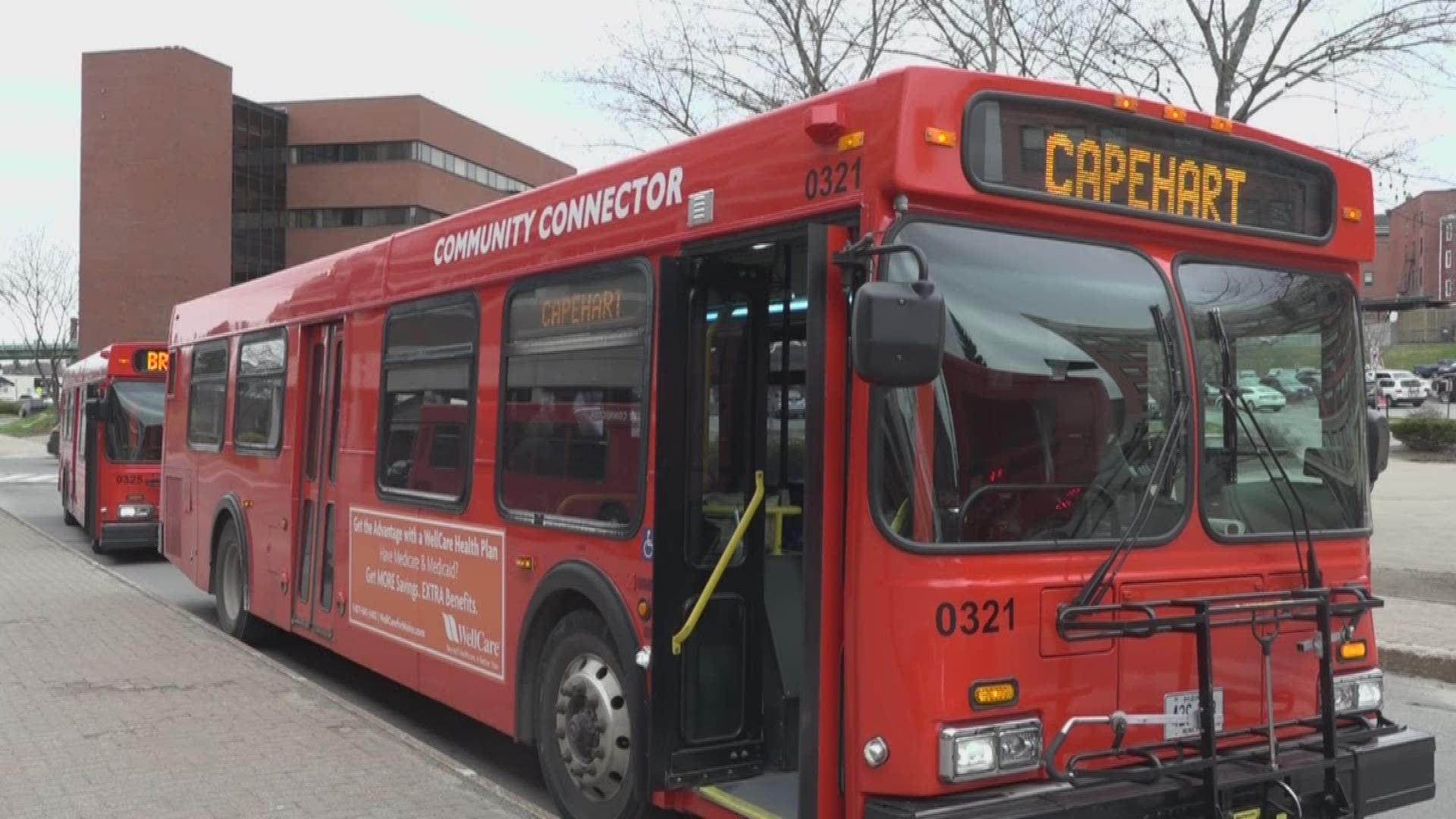 BANGOR, Maine — A lot of people rely heavily on public transportation to get to work, go shopping and to just get around town.

But what happens when that public transportation isn't reliable?

Both Bangor and Portland are looking into changes for their bus systems.

On Tuesday in Bangor, city officials held public forums to talk about their findings so far.

The city is working with a transportation consulting company called Santec to best serve the community.

Most people are interested in longer hours for the Community Connector.

Hayward lives in Bangor and relies on the bus to get to and from school and work.

"The smoking ban that they have down there -- they have signs everywhere, and on the buses, a lot of people don't follow it," Hayward said.

Bangor is also looking into getting new buses.

"Slowly, the grants have been coming in, and new buses are coming on, which is wonderful," said Tiffany Curtis.

Curtis has been a bus driver for about seven years.

"The ones (buses) that we have may have started out great, but they're run six days a week, 12 months a year. And it's very hard to maintain them."

Portland officials will be voting on increasing rates for towns north of the city.

That vote will take place in May.