Two fire trucks are out of commission following a crash during the response to a fire on Clark Island Oct. 17. 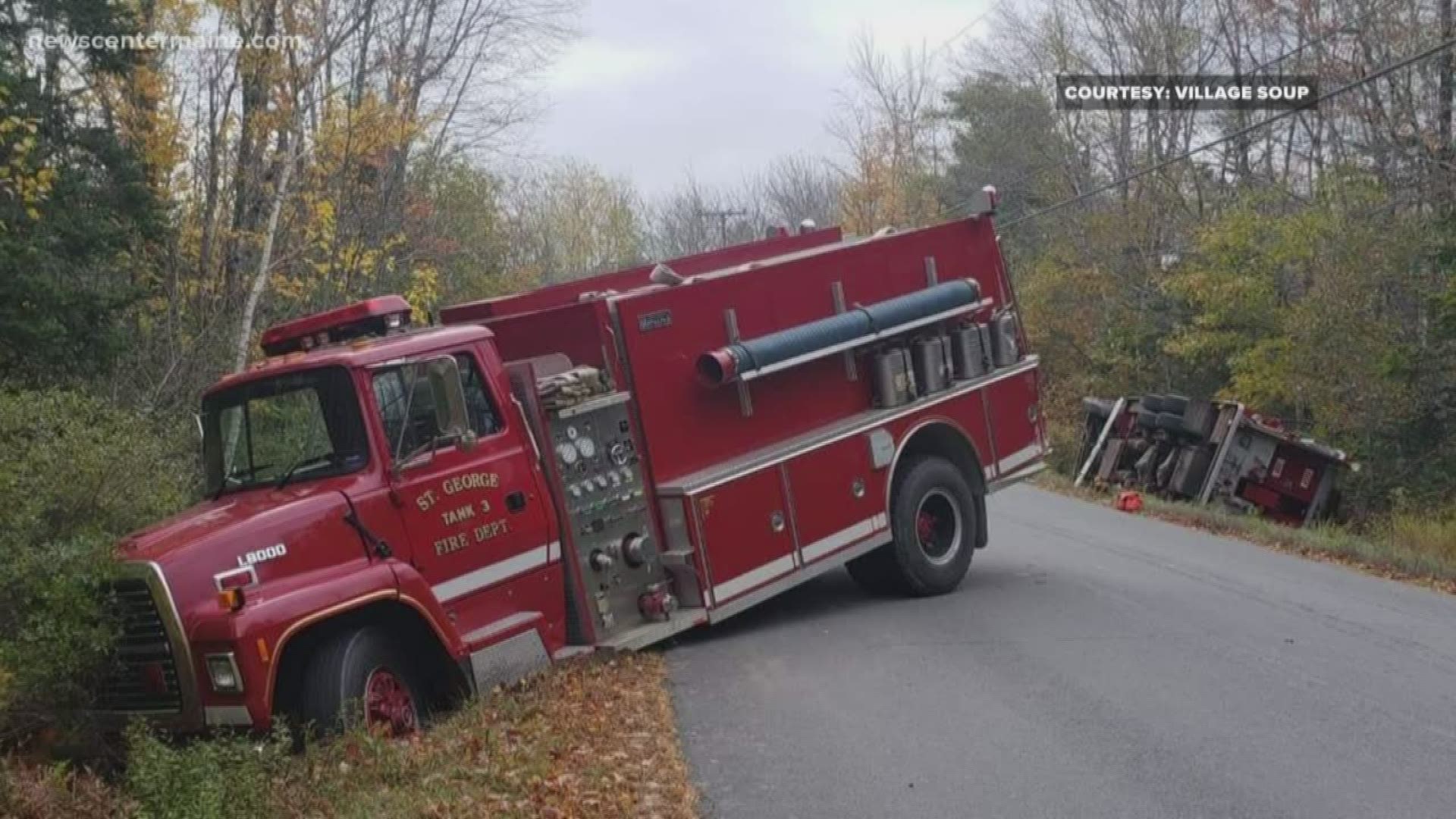 ST GEORGE, Maine — Two fire trucks collided early Thursday afternoon, with one rolling on its side, during a response to a structure fire on the Clark Island Road.

According to Village Soup, the crash occurred along the narrow road leading from Route 73 to Clark Island. An Owls Head pumper tank truck ended up on its side. The driver of the Owls Head truck suffered a head injury and the passenger complained of back and neck pain. The driver was the only occupant of the St. George fire truck.

All three were taken to Pen Bay Medical Center in Rockport as a precaution, according to Owls Head Fire Chief Frank Ross.

The passenger in the Owls Head truck was later taken by a LifeFlight helicopter to a trauma center, according to Knox County Sheriff Tim Carroll.

The other truck involved was from St. George and ended up in a ditch.

A witness said the trucks were heading in opposite directions and one veered to avoid a car that had stopped in the road along a curve. Long tire marks are visible at the crash site.

Fire Departments from multiple towns including St. George, Thomaston, South Thomaston, Cushing, Rockland, Union, Owls Head, Appleton and Warren, responded to a fire at a home on Tyler Lane on Clark Island. The Knox County Sheriff's Office was also at the scene.

A six-car garage at the home near the end of the road -- owned by Bernard Davis Jr. -- was flattened and the home was destroyed with only exterior walls still standing. The house is located across from the Craignair Inn and Restaurant. Davis and his dog were home at the time but were able to get out without injury.

The State Fire Marshal's Office was called in to assist in determining the cause.